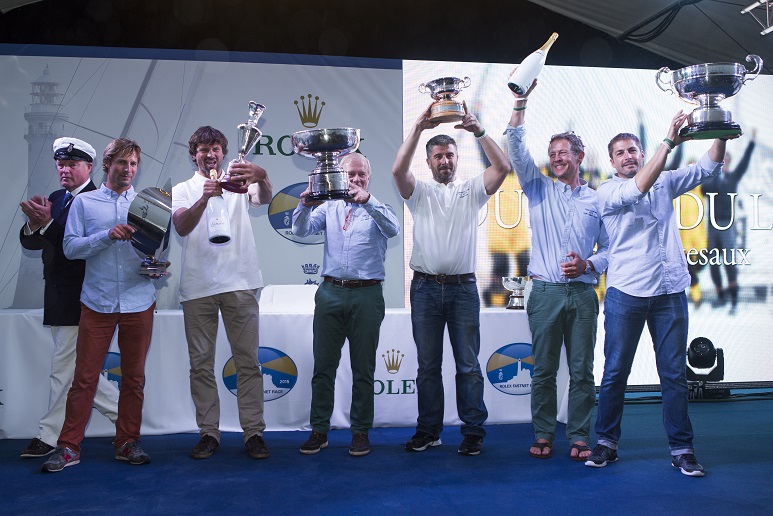 The Rolex Fastnet Race, the event that caused the formation of the Royal Ocean Racing Club, celebrated its 90th birthday in 2015.

How the founding fathers of the club and its flagship event would have been in awe of their creation with 300 boats signing up within just 24 minutes of the entry list opening in January, a record-sized fleet of 356 boats starting from the Royal Yacht Squadron line making the Rolex Fastnet Race by far the largest of the world’s classic 600 mile offshore races, in terms of participation.

It attracts top teams from around the world with boats ranging from Spindrift 2 and Comanche - the world’s fastest offshore racing multihull and monohull respectively - down to Contessa and Dehler 32 cruiser racers with every conceivable flavour of offshore racing yacht in between.

The upper echelons in the fleet are packed with America’s Cup and Volvo Ocean Race winners plus Olympic and World champions, while the bulk of entries are Corinthian with sailing school and family crews for whom the biennial race from Cowes to Plymouth via the Fastnet Rock off southwest Ireland represents the pinnacle of their sailing season, if not their careers.

From some way out, the forecast for this year’s race was extremely light. In the event, the nine fastest boats made it around in reasonable order before high pressure over the Celtic Sea saw the wind disappear from the race track for 36 hours. This caused multiple park-ups, huge compression in the fleet and several attempts at deep water kedging. These conditions affected all but the smallest in the giant fleet, and continued until Wednesday when the more usual frontal systems resumed rolling through, providing a fast finish especially for the mid-fleet.

True to the forecast, among the multiple starts, that occurred at intervals from 1200-1340 BST on Sunday 16th August, those leaving earliest, including the nimble multihulls, struggled to cross the start line against the last of the flood tide. And when the tide did turn favourable, it proved disastrous for boats that were over early, taking them more than half an hour to turn around and claw their way back to the line to restart successfully. 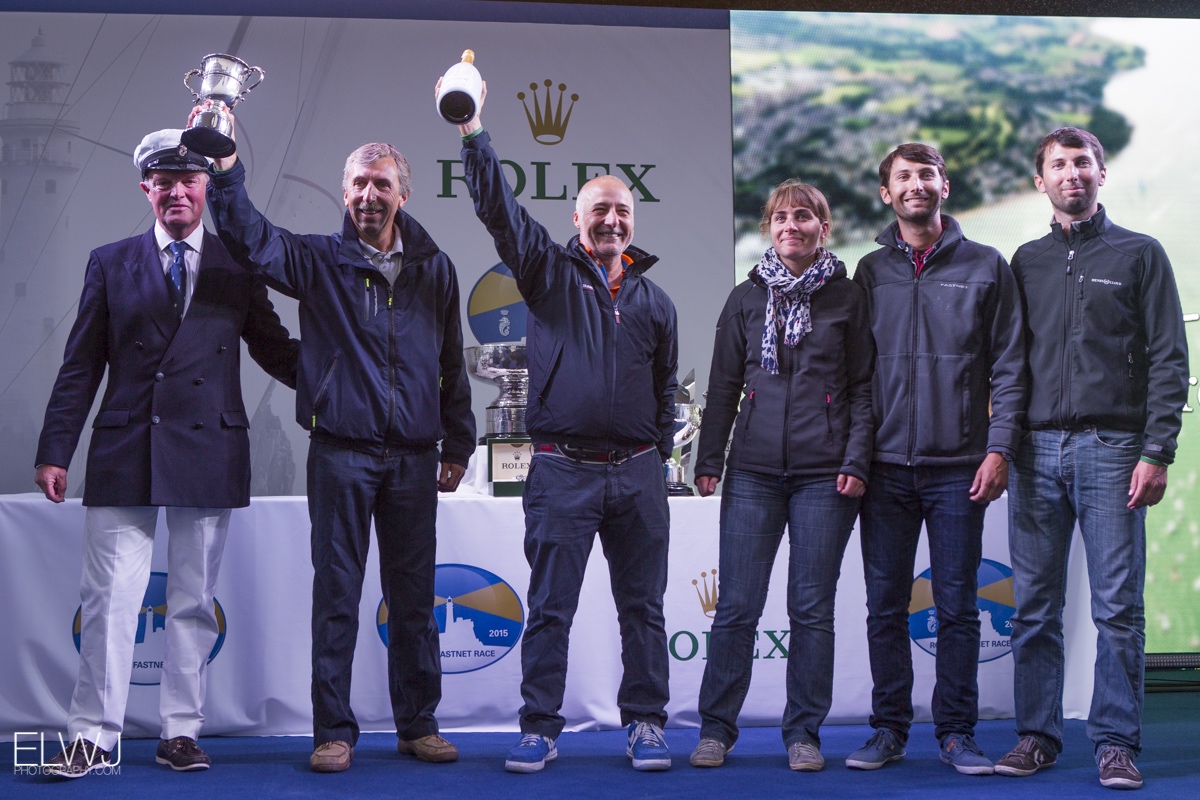 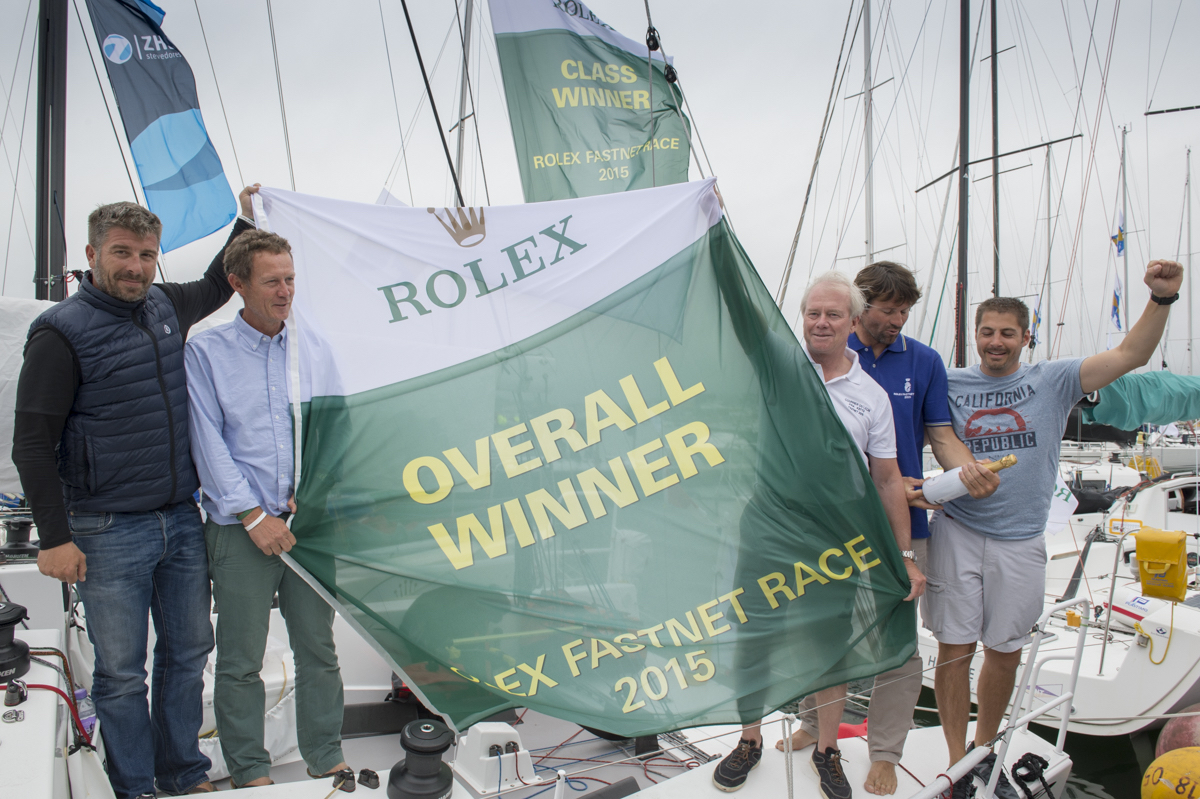 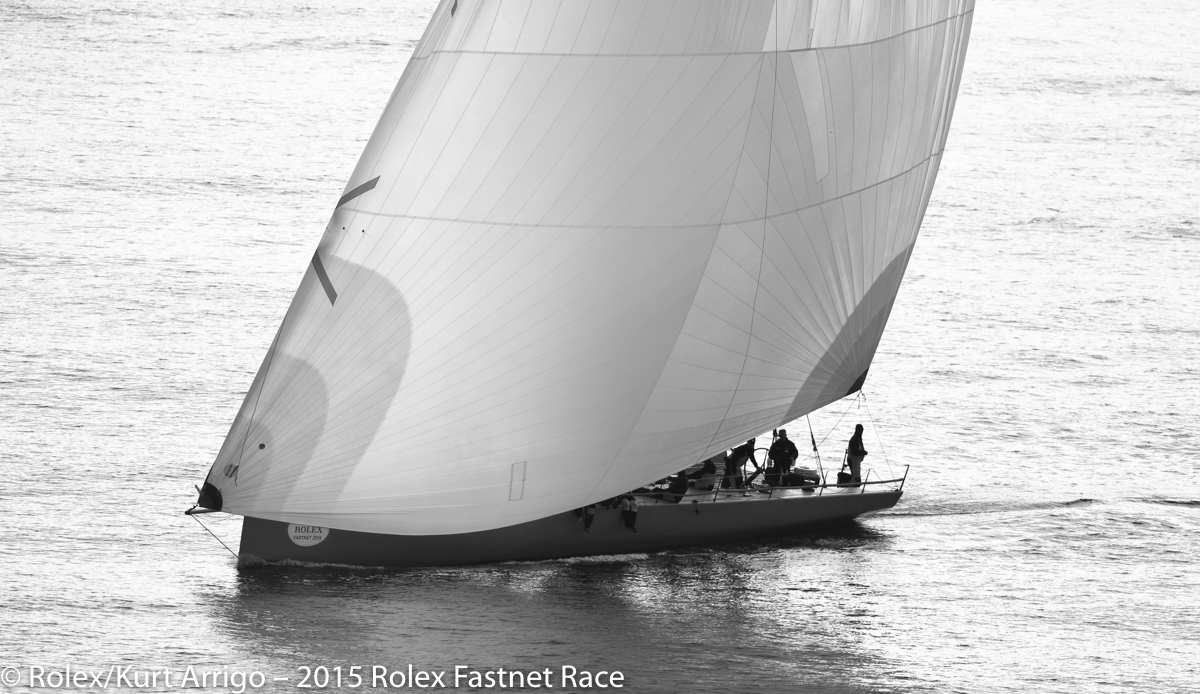 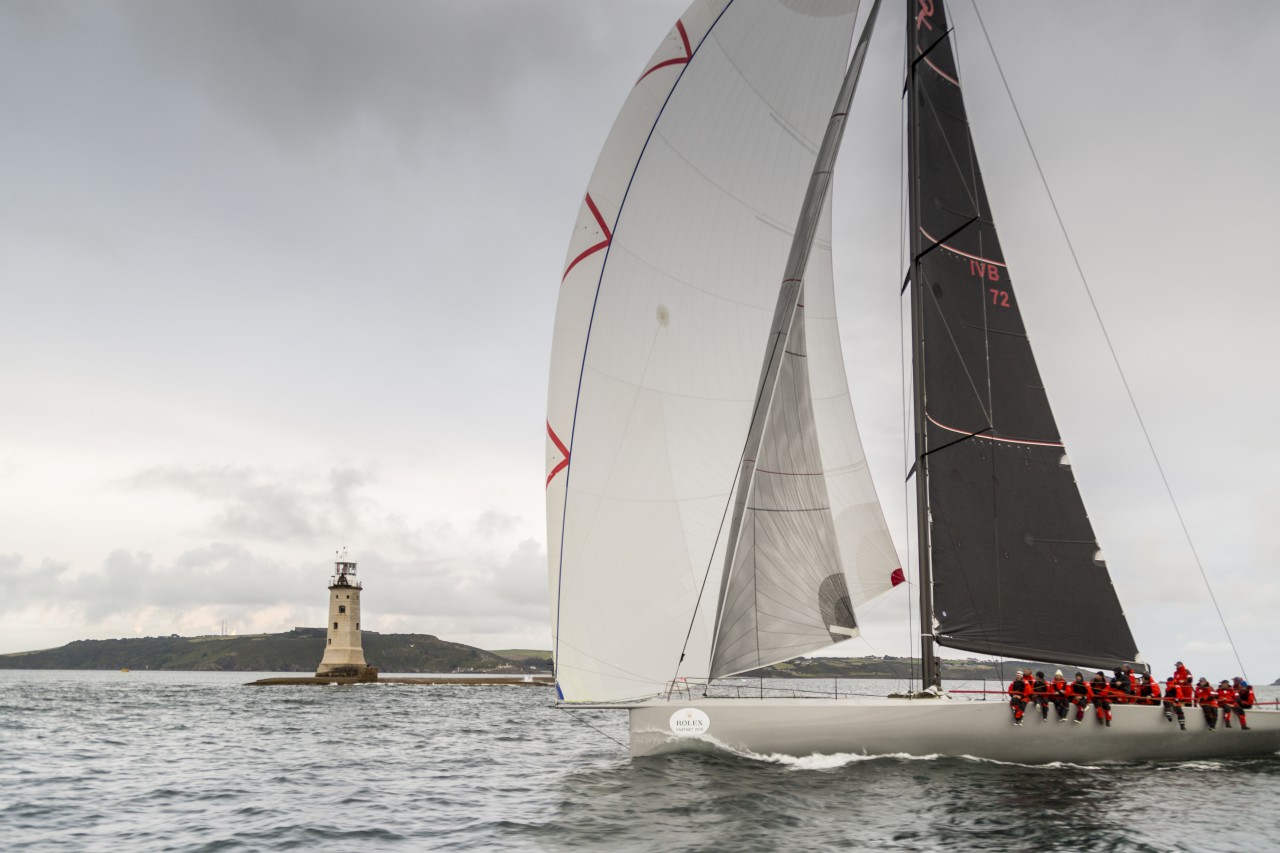 Battling for line honours in the Royal Ocean Racing Club’s Rolex Fastnet Race continued all the way to the Plymouth finish line last night in both the maxi-multihull and monohull divisions.

Among the multihulls, Yann Guichard and Dona Bertarelli’s 40m Spindrift 2, found herself locked in a match race with two time Route du Rhum winner Lionel Lemonchois’ Multi 80, Prince de Bretagne, between the Traffic Separation Scheme (TSS) south of the Scilly Isles to the Lizard, before her sizeable waterline length advantage prevailed. The giant trimaran crossed the line at 22:57:41 BST in an elapsed time of 2 days 10 hours 57 minutes and 41 seconds, more than a day outside of her own record, set in the 2011 race.

“It was a fantastic race, quite difficult from the start to the end,” said Bertarelli. “The wind was quite light and not really made for this type of boat. We are the biggest, but we are also the heaviest. All day today we were neck and neck with Prince de Bretagne, which kept on coming back into us.”