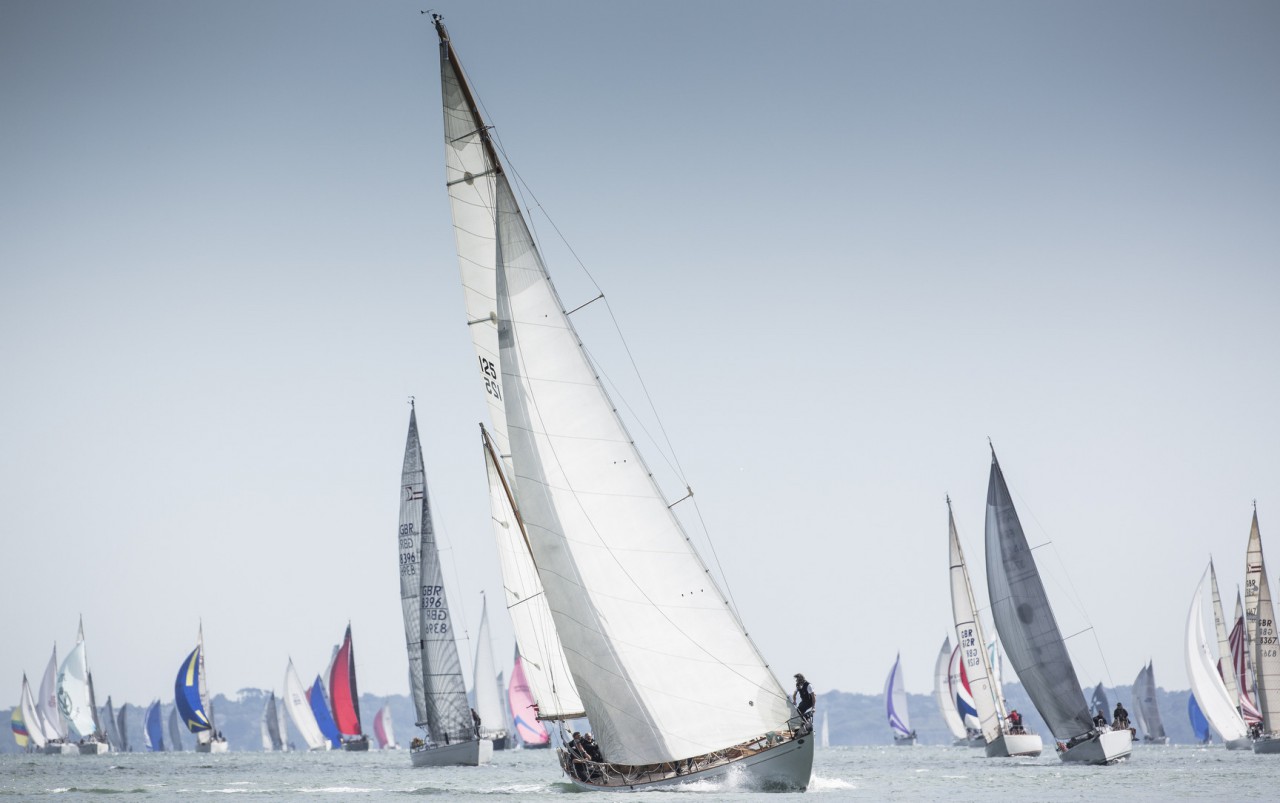 Welsh Comedian, author and TV Producer; Griff Rhys Jones has entertained millions of viewers with comedy sketches and documentaries. Notably in the hit 80s BBC shows, Not the Nine O'Clock News and Alias Smith and Jones. Recently Griff has fronted a number of documentary series for both the BBC and ITV including; Three Men in a Boat with Dara Ó Briain and Rory McGrath. Griff has been sailing since he was a child and will be taking part in this year's Rolex Fastnet Race at the helm of his classic 1948 Sparkman Stephens yawl, Argyll, but here is nothing laughable about Argyll's Rolex Fastnet campaign.

Argyll will be racing against other classics, including several Olin Stephens designs: Stormy Weather of Cowes, Tomahawk and Dorade. Argyll showed what she is capable of in this July's Cowes Dinard-St Malo Race; winning the 44-strong IRC 4 class and placing fourth overall in a fleet of 154 yachts, including modern yachts optimised to the IRC Rule. Most importantly of all for Griff, Argyll beat Stormy Weather of Cowes to St Malo.

"The race to St Malo was a tremendous result for us, but to be fair, Argyll really suited those conditions," commented Griff. "Argyll was built as an ocean racer but most of the time we race her round the cans in the Mediterranean; as many as 11 regattas a year, so we have done a lot of racing in her over the last five years. The intensity of short course racing has been good training, however we are often out of sight of the podium because we race against boats that have mast head rigs and designed for lighter conditions. Stormy did very well in the Morgan Cup Race, essentially because the conditions were lighter. She tends to get away from us if the wind drops and we get away from her if the wind rises. It seems that every boat Olin Stephens designed in that period has an optimum weather condition."

“I love to race Argyll, but it is often complicated to get away sailing because of work commitments. Racing has a big advantage over cruising; it is easy to put off a cruise, but once you cross the start line - you are committed. I wouldn't say racing is relaxing; you are just transferring one set of neuroses for another, but it feels like another existence, so I have tended to race because it makes me use the boat and I like it to be sailed. The idea of Argyll sitting in a harbour seems to me a bit of a waste.

“The Fastnet campaign came about through talking to my good friend and owner of Stormy, Christopher Spray and I agreed because I thought it would be a challenge. Argyll has never done the race before, but Stormy and Dorade have both won it. Argyll is there to do the Fastnet which will be a feather in my cap. My brother did it when he was in his twenties, but at my age, to get bashed around and get no sleep, will be a challenge."

Nickname – ‘Grumpy’; when you work in a comedy team it is quite intense and I have been known to be crotchety at times!

Shakespeare's King Lear – When he is sitting at the top of a cliff raging against the storm, King Lear has my entire sympathy; I can be quite irrational.

Coffee - Argyll has an espresso machine which doesn't help the general tenor, but does raise spirits. Although I am not a shouter on a boat anymore, there is a difference between loud and shouting. Having been on stage a lot, I have no difficulty in projection!

Fastnet Rock: Iconic or a light at the end of a hard slog? - I don't know, I have never done the race. It is going to be really interesting and fascinating to find out. It will be iconic for me because it will be the longest race I have ever done.