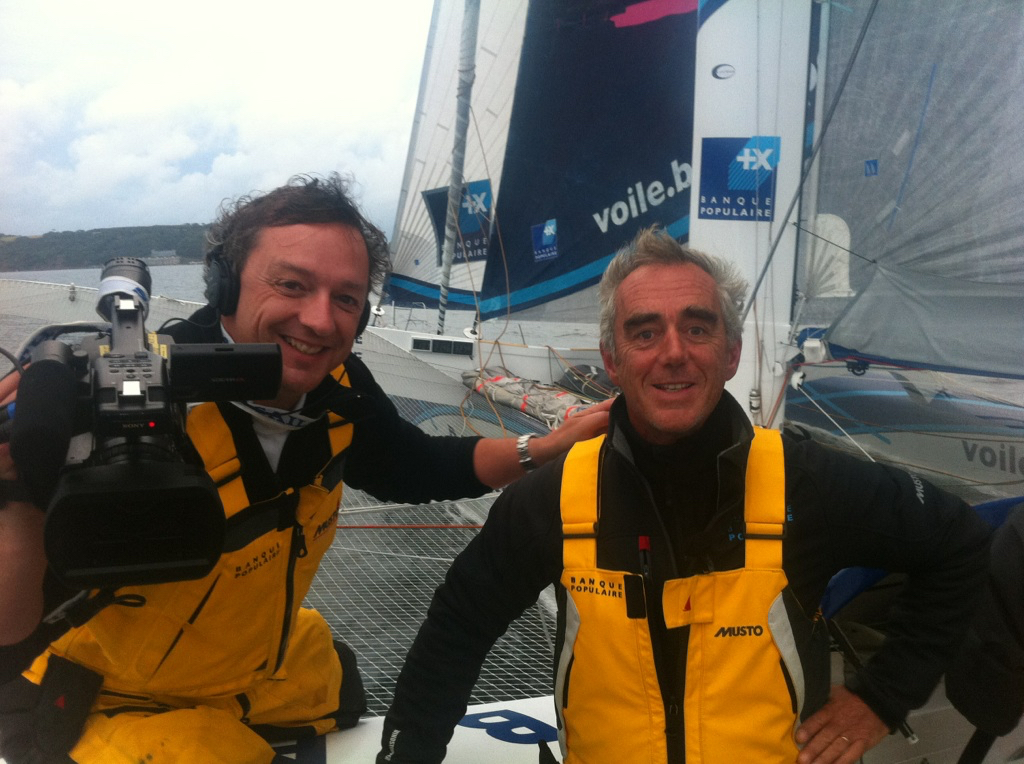 Thousands of Rolex Fastnet Race fans all over the world will be following the race as the action unfolds, and the Competitors' Blog is a big part of the coverage. Over 3,000 sailors will be taking part and they can tell their story from on board, with text, pictures, video and audio.

Digby Fox is one of sailing's finest storytellers, working behind the camera at the America's Cup, Olympics, Volvo Ocean Race and top regattas all over the world, and he is no stranger to the Rolex Fastnet Race. In 1997, Digby was on board Spirit of England, setting the current multihull record for under 50ft. In 2003 with Nokia Enigma, the overall winner under IRC and with Banque Populaire in 2011, the outright multihull race record.

Digby hasn't always been on the fast high performance flyers; In 2009, Bristol Pilot Cutter Morwenna was a totally different experience. This year it will be Digby's tenth Rolex Fastnet Race and he will be on board the classic yawl, Stormy Weather of Cowes. Here are some top tips from Digby on how to improve your story from the Rolex Fastnet Race.

Don't hold back, life's too short and bare in mind your crew mates will love a good shot of them looking heroic!

With video, where do I start? I tend to expose, frame and then hold my shot for 20 seconds, letting whatever happens happen. Build these into sequences, this gives you loads of options: story angles, different frames, such as interview, sailing, landscape, sea conditions, skylines. When there's action, it's good to move around while filming, chuck in some whip pans for a laugh etc. Lay off the zoom button - Your eye doesn't zoom.

Gathering nice images is relatively easy, audio is the hardest thing to get right. Even the professionals can produce borderline broadcast-able audio interviews from on board. If it's blowing out because of the wind then move, that is the only solution that works for broadcast. You can hunker down in the cockpit or go below. Audio is half of television, and I'm beginning to think the more important half, after doing this for 16 years.

Fair winds to everybody in the race, I will be doing my very best not to trash another camera at sea!

Every competitor in the Rolex Fastnet Race will have the opportunity to tell the story of their own race, through the Competitors' Blog on the official RORC Rolex Fastnet web site and there is a fantastic prize for the best blog. Rolex Fastnet Race supporter, Xtra-Link, has donated a hi-tech SatSleeve, which transforms your smartphone into a handheld satellite device with access to phone calls, emails, instant messages and popular social media apps. The Prize Winner will be announced at the Rolex Fastnet Prize Giving.