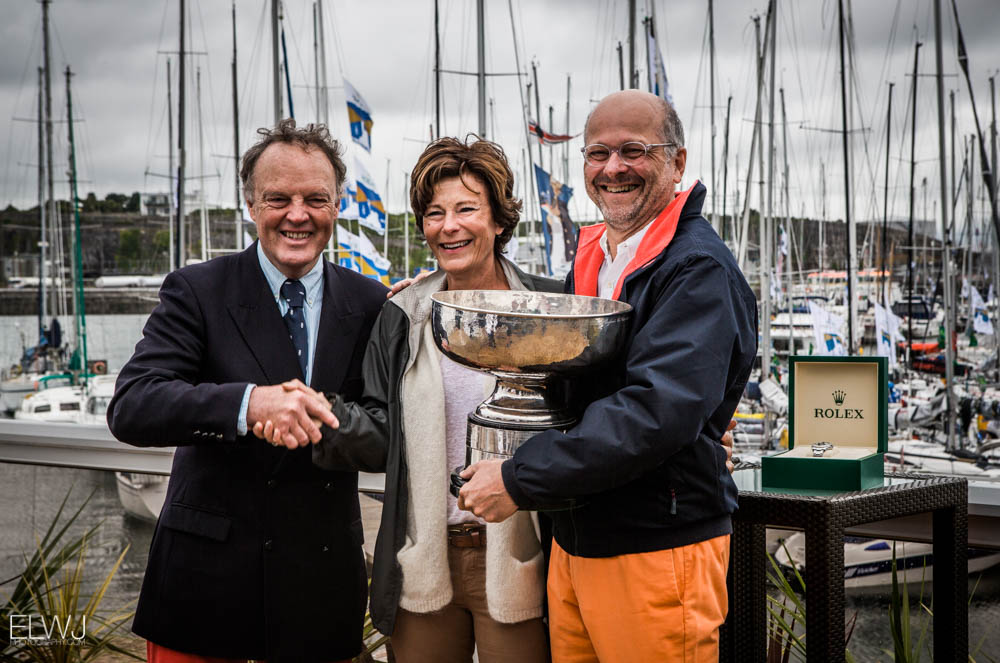 Early on, the overall prize looked set to be a big boat affair with both the JV 115 Nikata and George David’s maxi Rambler 88 leading until the run back from the Fastnet Rock favoured the medium-sized boats.

Ron O’Hanley’s Privateer came close to making it a second Cookson 50 victory, a decade on from the overall win of Irishman Ger O'Rourke’s Chieftain.

“This is a great race, an iconic race and we have had a great time even if we haven’t won,” said O’Hanley. “It was a fantastic start in Cowes - hard to see how you can get 400 boats out of the Solent at the same time! The weather conditions were good, not as light as it was last time and there was no drama coming out of the Solent.”

As to where they did well, it was on the run back from the Rock said O’Hanley. “The big boats were leading, but then for a smaller boat to get into the lead was because of the very good conditions - tight reaching, we were planing most of the time and with the canting keel we could put a lot of miles on the clock.”

However, by Wednesday it became apparent that there was a new contender for the 2017 Fastnet Challenge Cup - the overall prize under IRC. 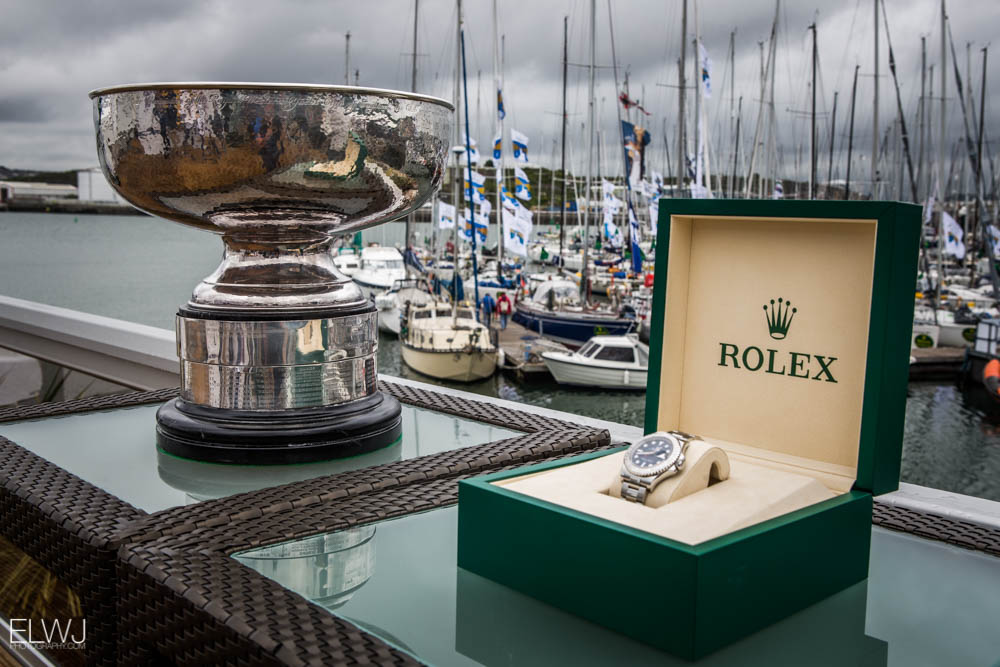 The winner of IRC Overall walks away with the 1925 original Fastnet Challenge Cup and a Rolex timepiece. Credit: ELWJ Photography/RORC

Didier Gaudoux’s JND 39, Lann Ael 2, struggled last year when she competed in the Brewin Dolphin Commodores’ Cup, however then she was only six months old. Since then the team, based out of La Crouesty in southern Brittany, has tweaked the boat considerably with the assistance of sailmaker and former Mini and Figaro sailor Fred Duthil.

“We had a fantastic race. We were lucky with the weather. The conditions were good for the team and the crew,” said Gaudoux. “From Fastnet Rock to the Scilly Isles was perfect for us - the wind angle, the size of the waves, etc. It was windy and these boats enjoy big waves. We were doing over 20 knots– a new record for us!”

Prior to this, the French boat had benefitted by going so close in at the Lizard that “we could touch the rocks,” said Gaudoux. Like the other boats that did well, Lann Ael 2 went east of the traffic separation scheme off Land’s End, benefitting them greatly in terms of the distance to sail and favourable wind shifts. “Our navigator/tactician did a perfect job to tack on the right shifts,” said Gaudoux.

The JND 39 is a heavily-chined design from Bernard Nivelt and it ate up the miles on the run towards Bishop Rock.

“It took 11 hours to cover 170 miles! We were surprised. We were two to three miles ahead of some good competitors at the Rock and by the Scilly Isles we were 30 miles ahead simply because we were going faster,” said Gaudoux.

As to the Rolex Fastnet Race, this is Gaudoux’s fourth:

“When I was 16 years old, the Fastnet was a dream. The RORC lays on very nice races. Although it is a long way to come, boats take part from all around the world. We receive a nice welcome and the races are always very well organised.”

With the prizegiving for the Rolex Fastnet Race taking place tonight, boats continue to stream into Plymouth. Among them has been the Frers 46, Scaramouche, crewed by Greig City Academy in East London including eight students aged 15 and 18, plus two teachers, two skippers and a team manager.

The boys are almost all first generation Londoners, and embraced the unfamiliar challenge of ocean racing with huge enthusiasm.

“It was a real test for them,” said team manager John Holt. “They are true pioneers amongst their peer group.”

17 year old Montel Fagan Jordan, whose family comes from Jamaica, was a helmsman on board. “I started sailing in dinghies three years ago, but now it’s great to be on a big boat. We had some great surfing downwind after we got round the Fastnet Rock.”

Bowman Camillo Oribo, also 17, agreed: “The way back was definitely the best bit. We flew with the spinnaker up. We don’t get too tired once we’ve established a watch system. ”

For all results so far please view on the Rolex Fastnet Race minisite.