About The Rolex Fastnet Race 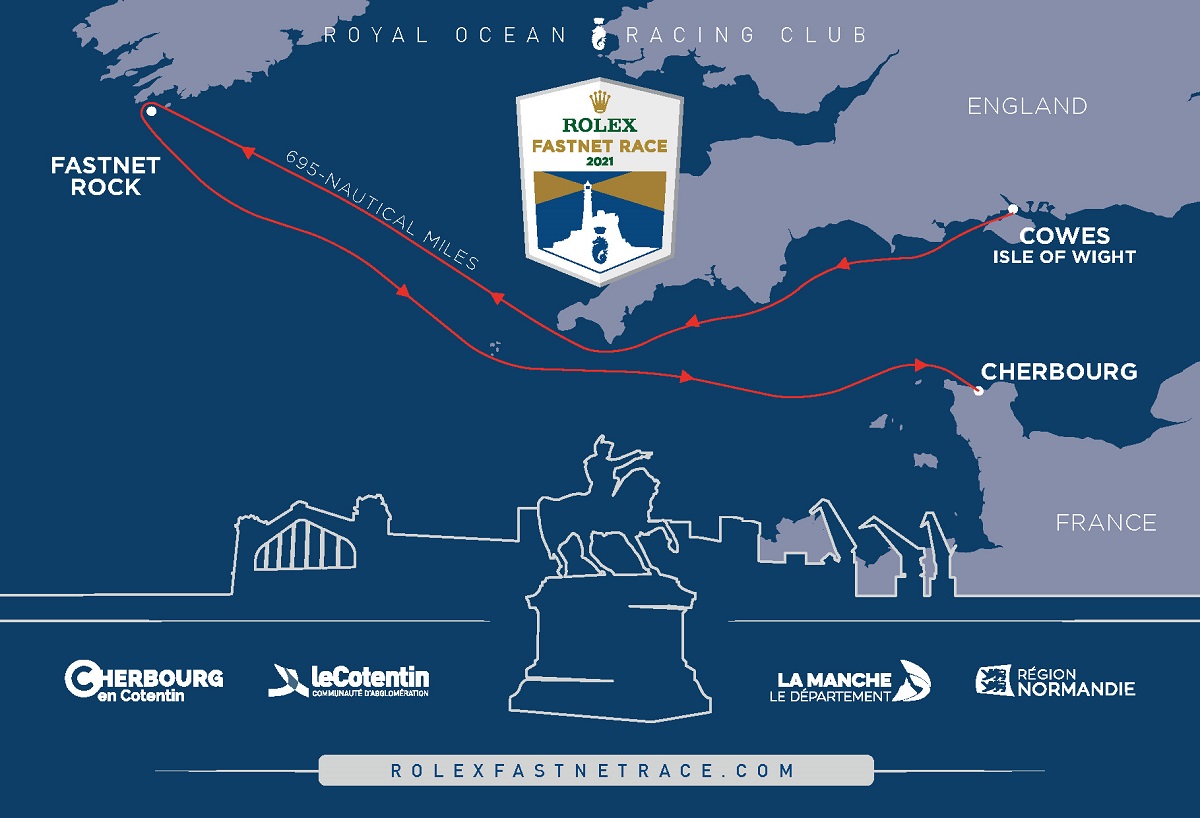 Founded in 1925, the Rolex Fastnet Race is a biennial offshore yacht race organised by the Royal Ocean Racing Club of the United Kingdom with the assistance of the Royal Yacht Squadron in Cowes and the city of Cherbourg-en-Cotentin in France.

The race is named after the Fastnet Rock, which the race course rounds. The race is considered one of the classic big offshore races, the 'Fastnet' is testing both inshore and offshore skills, boat and crew preparation and speed potential. From its inception, the Fastnet Race has proven highly influential in the growth of offshore racing, and remains closely linked to advances in yacht design, sailing technique and safety equipment.

The Fastnet Race has been sponsored by the Swiss watch manufacturing company Rolex since 2001.

The race's main focus is on monohull handicap racing which presently is conducted under the Royal Ocean Racing Club's own IRC Rating Rule and it is this that is awarded the overall trophy, the Fastnet Challenge Cup.  However the race has more recently opened itself up allowing multihulls and providing one design class starts for classes such as IMOCA and Class40.

The race starts off the Royal Yacht Squadron start line of Cowes on the Isle of Wight on the south coast of England at the Royal Yacht Squadron. Leaving The Solent through The Needles Channel, the race follows the southern coastline of England westward down the English Channel, before rounding Land's End. After crossing the Celtic Sea, the race rounds the Fastnet Rock off the southwest coast of Ireland. Returning on a largely reciprocal course, the race rounds the Isles of Scilly before finishing at Cherbourg.