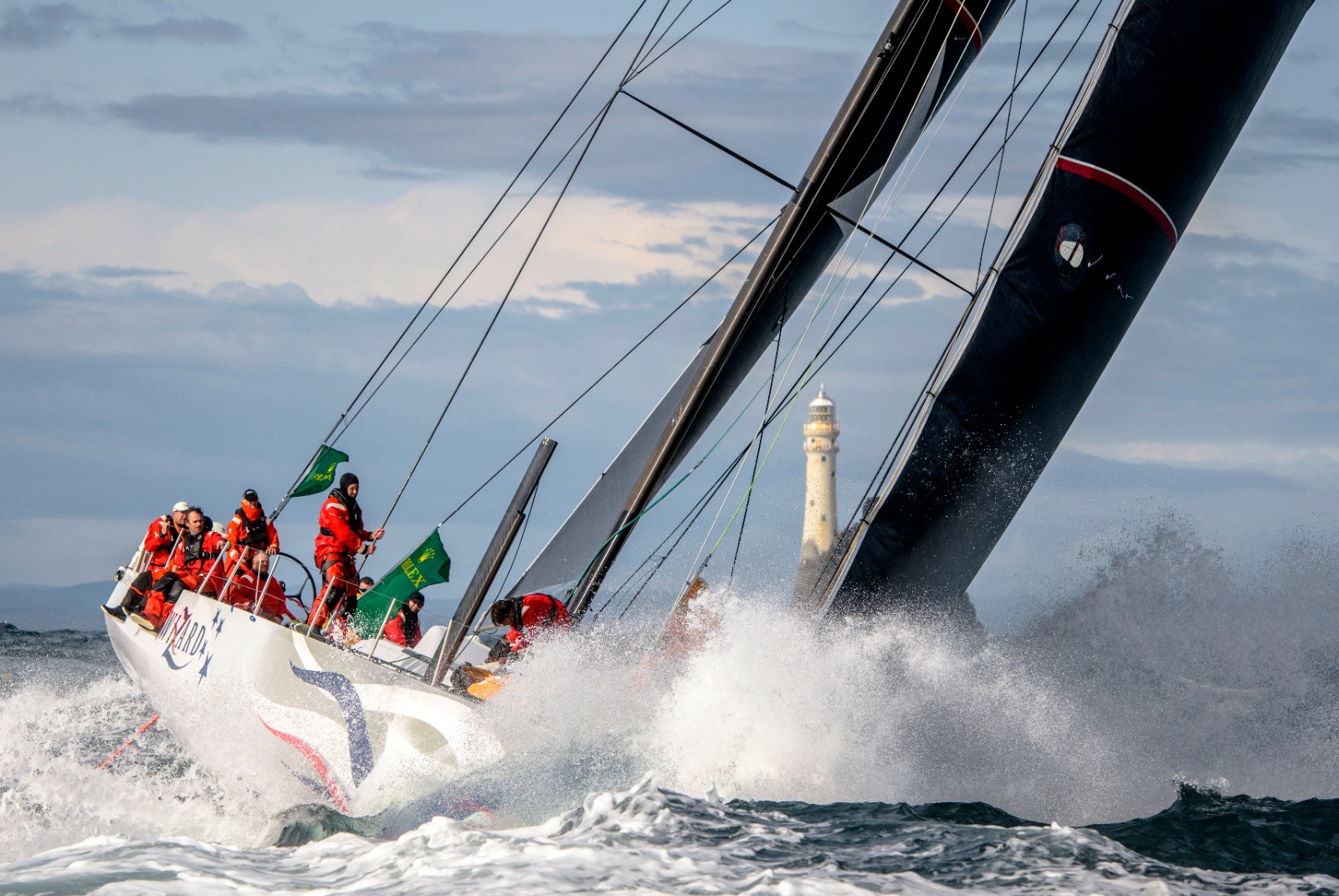 IRC Zero is historically the class which produces the most IRC overall winners - including David & Peter Askew's Wizard in 2019. Sadly they won't be returning to defend their title © ROLEX/Carlo Borlenghi

IRC Zero represents the glamour end of the keelboat fleet in the Rolex Fastnet Race. It’s likely that we’ll see line honours go to one of the maxis in the class, perhaps George David’s 88ft defending line honour champion Rambler 88 (USA), if she can keep the freshly launched ClubSwan 125 Skorpios (MON) at bay.

Traditionally IRC Zero produces the most overall winners. Over the last 10 editions, half have been won by IRC Zero competitors, including Niklas Zennstrom's two-time winner Ran 2, while David and Peter Askew's VO70 Wizard won overall IRC honours and the Fastnet Challenge Cup in 2019.

Aside from the fully professional teams competing aboard the ‘no excuse to lose’ maxis, there is a growing charter market in the Volvo Ocean 65 and Volvo Open 70 boats. These canting-keeled flying machines were thought to be cutting-edge technology less than a decade ago, and initially were considered too powerful and not sufficiently reliable for the keen amateur crew looking to charter a fast ride to the Rock. However, attitudes have shifted as keen sailors have learned the ropes of racing high-powered race boats in a safe and seaworthy manner, and a number of pay-to-play crews are lining up for the adventure of their lives aboard them.

While there’s enormous kudos in being first across the finish line in real time, every racing sailor knows that the real battle is on corrected time under IRC. As winner of another prestigious RORC offshore race, the Myth of Malham - covering the first part of the course to the Eddystone Light and therefore a strong indicator of form for the Rolex Fastnet Race - things appear to be in Tala’s (GBR) favour, although owner David Collins says that on that occasion his Botin-designed 52-footer enjoyed a large dose of good fortune. “We sailed well, but making the last tide gate in a dying breeze is what gave us the result in the Myth of Malham. It is certainly no indicator for the Rolex Fastnet Race. Our aim for the race is, as ever, to sail error free and keep the boat moving fast.”

Part of the key to Tala’s success is consistency of personnel. “It’s a fairly settled crew now,” says Collins, whose navigator is the experienced Campbell Field. “Three will be Volvo Ocean Race veterans. We have a couple of strong trimmers and some talented amateurs.” Two families make up five of the crew. 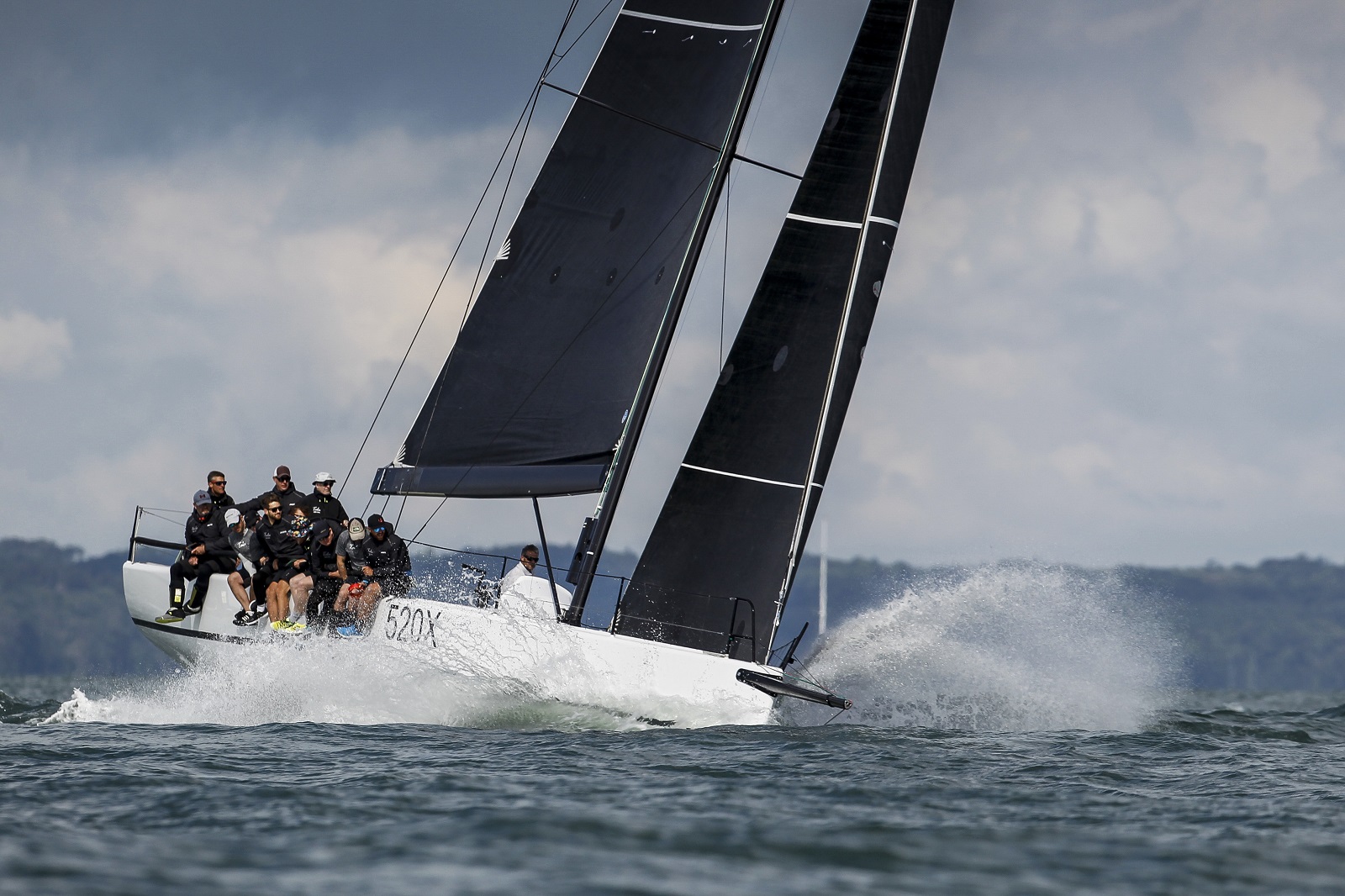 Other boats to watch in this size bracket include the ever-competitive Teasing Machine (FRA). Designed by Bernard Nivelt and Alexis Muratet and built by King Marine in Spain, Eric de Turckheim’s Teasing Machine is a powerful 54-footer with soft chines and a cockpit that has been fully optimised for crewed offshore competition. 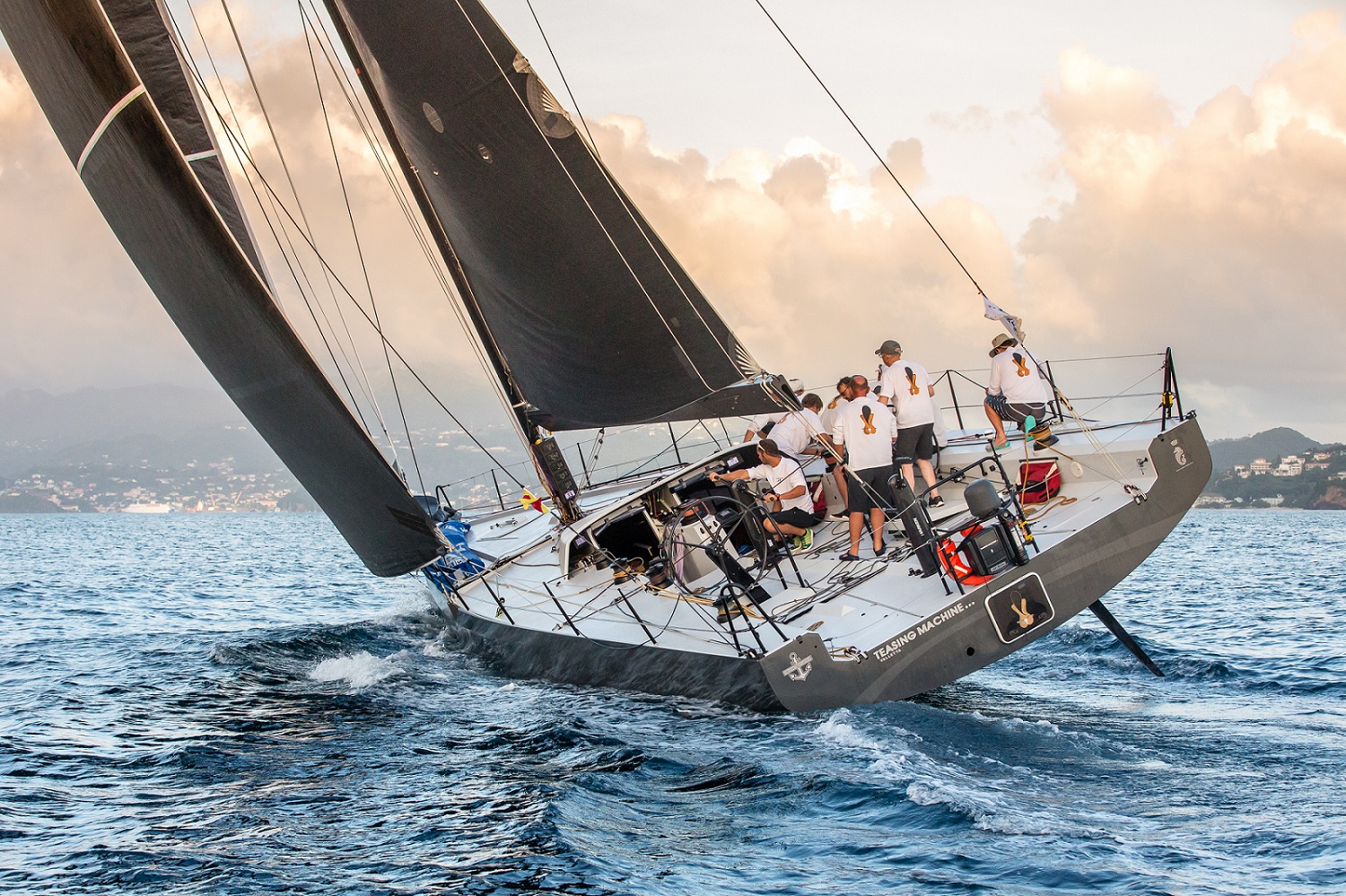 At the core of the Teasing Machine campaign is project manager Laurent Pages, a Volvo Ocean Race winner in 2011/12. Above the water, the 54-footer bears strong similarities with a VO70 or VO65, with a similar deck layout and twin companionways with the pit in between. But Teasing Machine is designed to compete under IRC, with the major area of optimisation being her heavy fin keel and a number of concessions to comfort on board, including hot water, an oven and two fridges.

From the battle-proven to the barely-touched-the-water example of Richard Matthews’ new Oystercatcher XXXV (GBR), a Carkeek-designed custom 52-footer. While this may be the boat’s first foray into the Rolex Fastnet Race, for Richard it is his 24th assault on the Rock: “For us it’s the pinnacle of our racing and at 72 years old, it is a challenge and an experience to enjoy during the race and afterwards.”

If offshore racing is a game that rewards experience and sea miles, the group of sailors on Bretagne Telecom from La Trinité-sur-Mer will again be ones to watch for the overall prize. Second overall on IRC in 2019, boat builder and owner of this canting-keel Mach 45 Nicolas Groleau has campaigned Bretagne Telecom (FRA) in the past six editions of the race. She has twice won her class and stood on the podium on all but one occasion, so an overall race victory is surely only a matter of time and persistence for Groleau and his committed band of Breton hot shots. 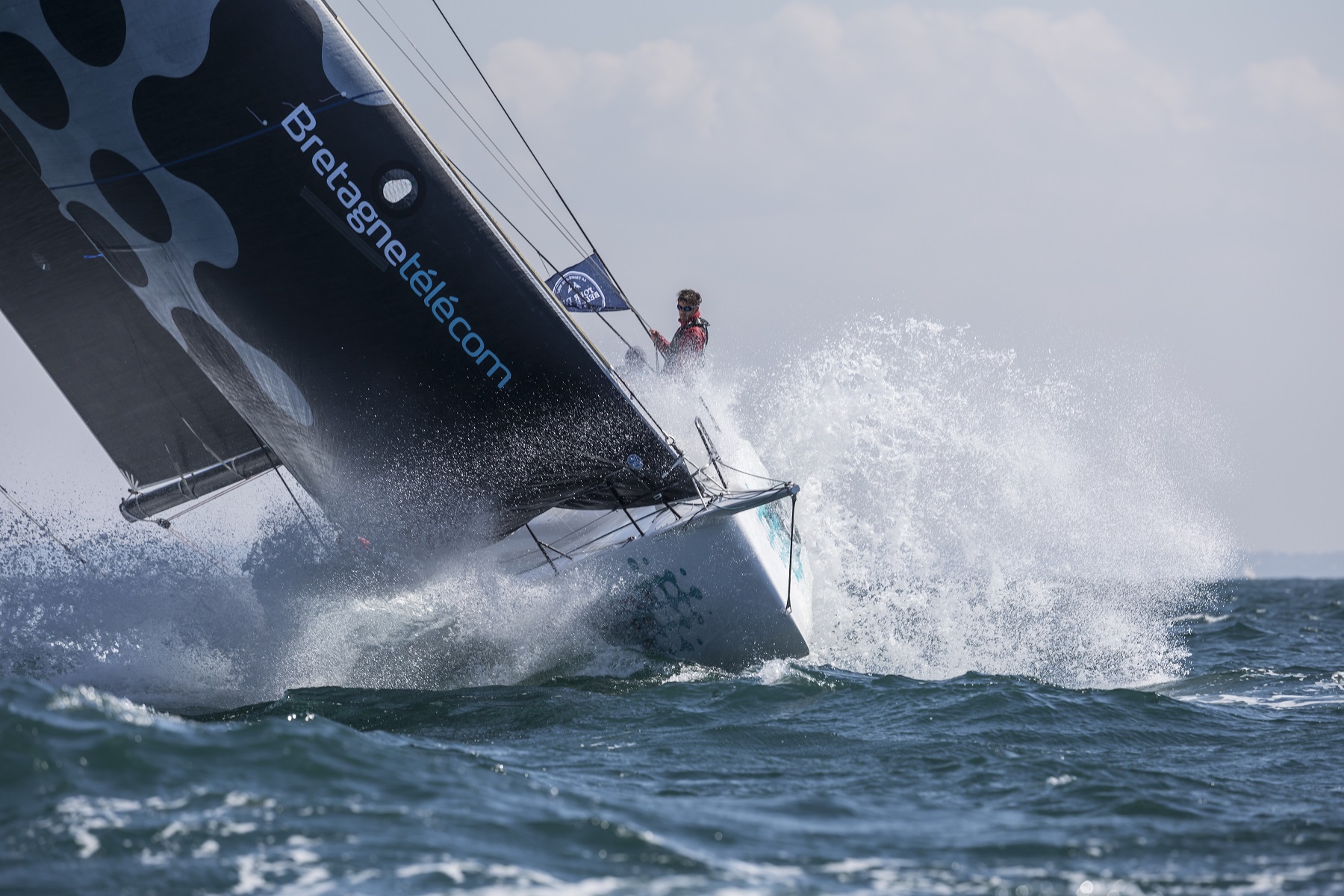 What will 25-year-old architecture student Katrina Westphal be able to achieve as skipper of the carbon fibre grand prix racer, the Carkeek 47 Störtebeker (GER)? Boris Herrmann’s runaway success in the Vendée Globe turned the IMOCA 60 sailor into a household name in Germany, and the ‘Boris effect’ is generating a resurgence in offshore interest across the country. Not that Westphal is a newcomer to the Rolex Fastnet, as this will be her third time in the race and second time as skipper. Thanks to the crew training initiative of her yacht club, the Hamburger Verein Seefahrt, this ambitious sailor and her equally youthful crew hold the reins of a high-performance race yacht that could really make waves in the overall standings.

Another entry with a strong focus on promoting youth participation is the Dutch Ker 46 Van Uden (NED), with Volvo Ocean Race veteran Gerd Jan Poortman looking to turn his crew of 18 to 25 year olds into world class offshore sailors. “Our team, the Youth Rotterdam Offshore Sailing Team, has been training every week and done a fair bit of overnight offshore training but like my kids in the Optimist, we are getting a little tired of training and we want to race! We’ve been preparing for the Rolex Fastnet Race for two years and if the weather is right for us, we will go for the win. 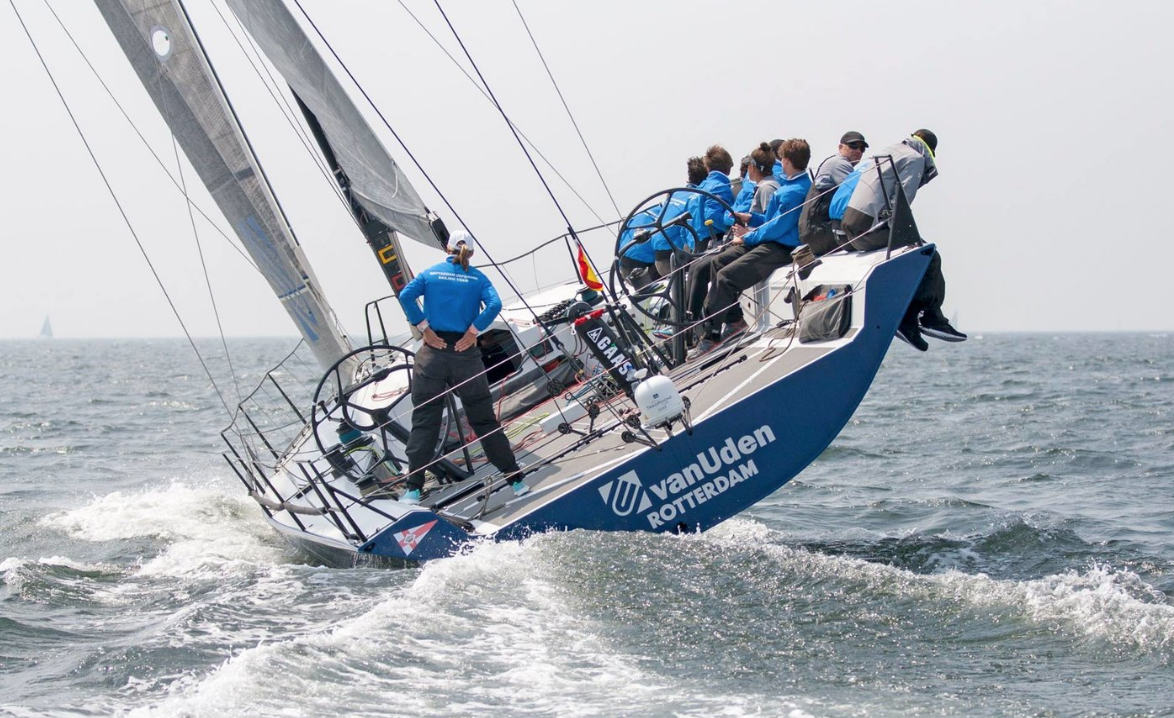 “We are a small boat in IRC Zero - so often it’s a big boat race or a small boat race. When it is a small boat race we are up to the challenge; we have trained hard, have good equipment and talented sailors. Our crew has very little racing experience, but we think we have done more training than the average team over the last two years so we hope that makes the difference.”

The De Graaf family are one of the most faithful Rolex Fastnet Race teams and return this year in their Ker 43, Baraka GP (NED). Olivier De Graaf comments: “Since the start of Baraka Sailing Team 17 years ago, I have sailed with my father and with my two brothers as well as with friends we know from the world of sailing. This will be our sixth Fastnet together as a team and our second time with this boat. Finishing in Cherbourg is adding a new complexity to the course, which will make the final run into the finish even more important, especially after three days of racing already.” 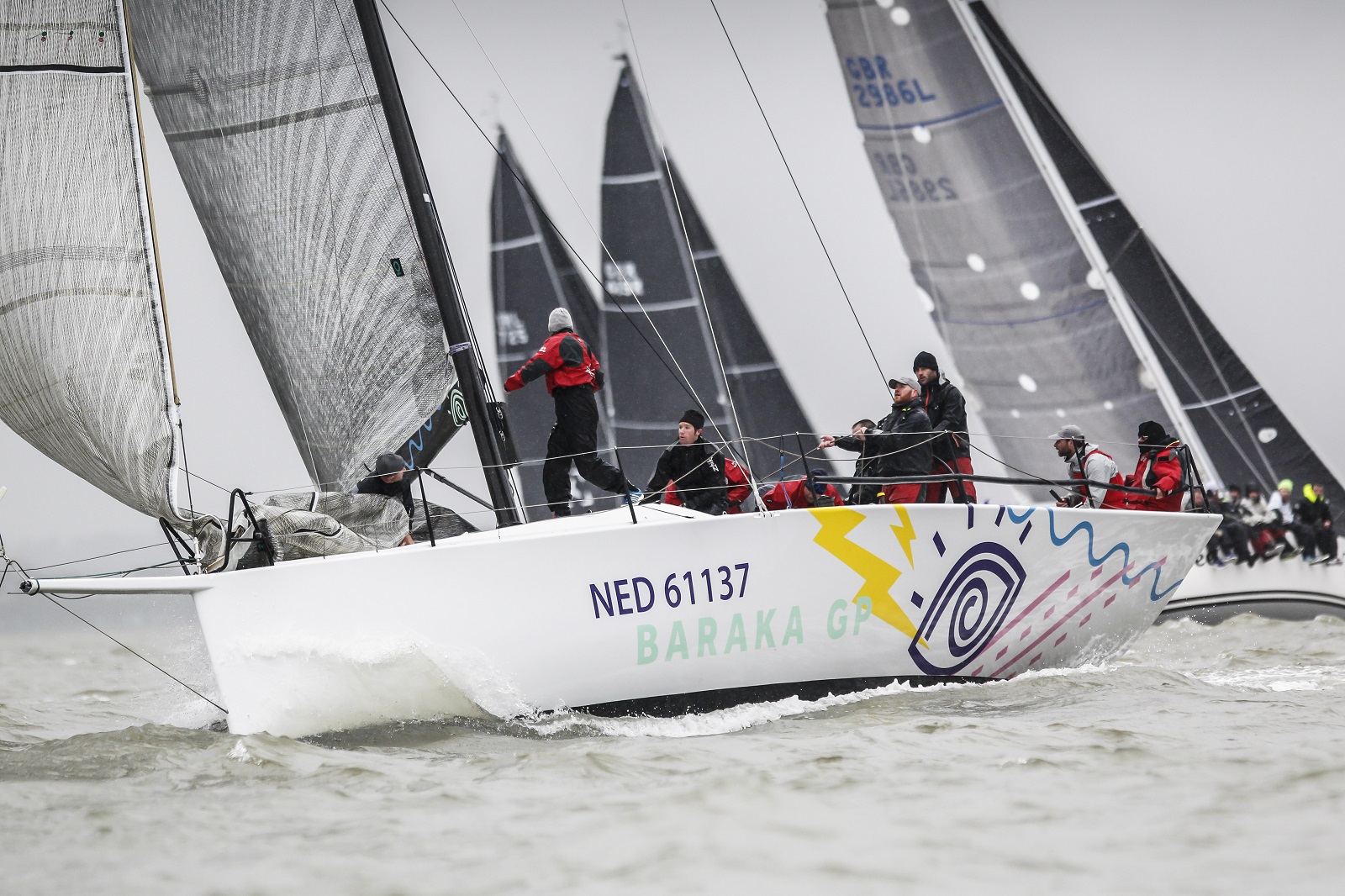 Sixth Rolex Fastnet Race together as a team for the De Graaf family who return this year in their Ker 43, Baraka GP (NED) © Paul Wyeth/pwpictures.com

COVID restrictions have prevented their multinational team from meeting up for training out of the Hamble in the Solent, so they have been meeting up for online boat handling sessions via Microsoft Teams. Olivier admits he has yet to see whether these dry manoeuvres will prove effective in the salt-water reality of the Rolex Fastnet Race.

Seven VO70s and four VO65s are entered in IRC Zero, including The Polish National Foundation's - I Love Poland © Robert Hajduk/www.shuttersail.com