Dare to Dream - IRC Four in the Rolex Fastnet Race 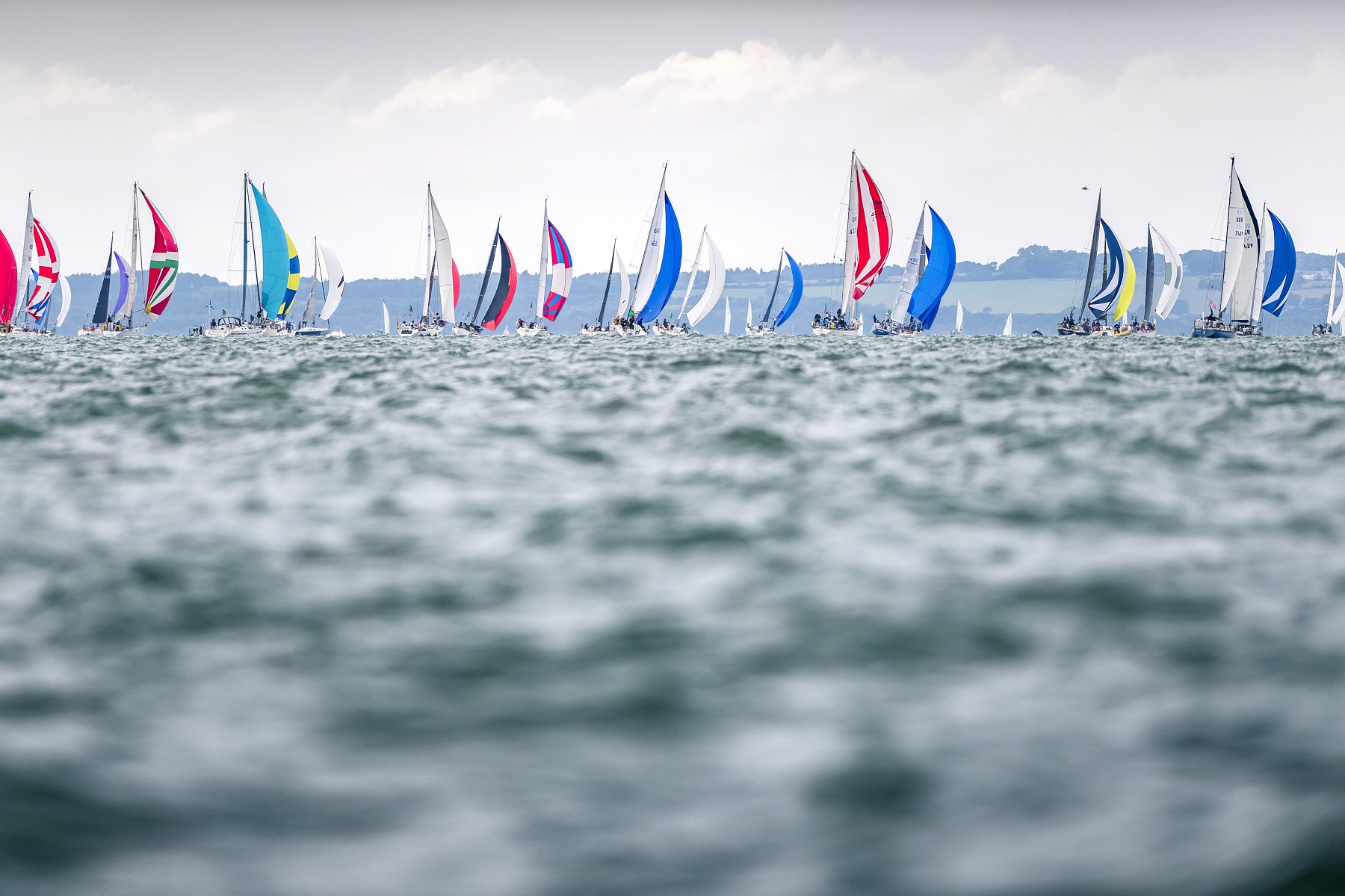 First established for the race in 2011, IRC Four is a relatively new class to the Rolex Fastnet Race. Jean-Yves Chateau’s Nicholson 33 Iromiguy won the class in 2011, following on from Iromiguy’s famous overall victory in 2005.

Since its conception, IRC Four has always been won by a French boat and for the last four editions by a team racing a JPK 10.10. Noel Racine’s JPK 10.10 Foggy Dew won in 2013 and 2019, but having changed his boat to a JPK 10.30, Foggy Dew will not be racing in IRC Four. This year’s edition has nine JPK 10.10s in action, several can be considered favourites for class victory. 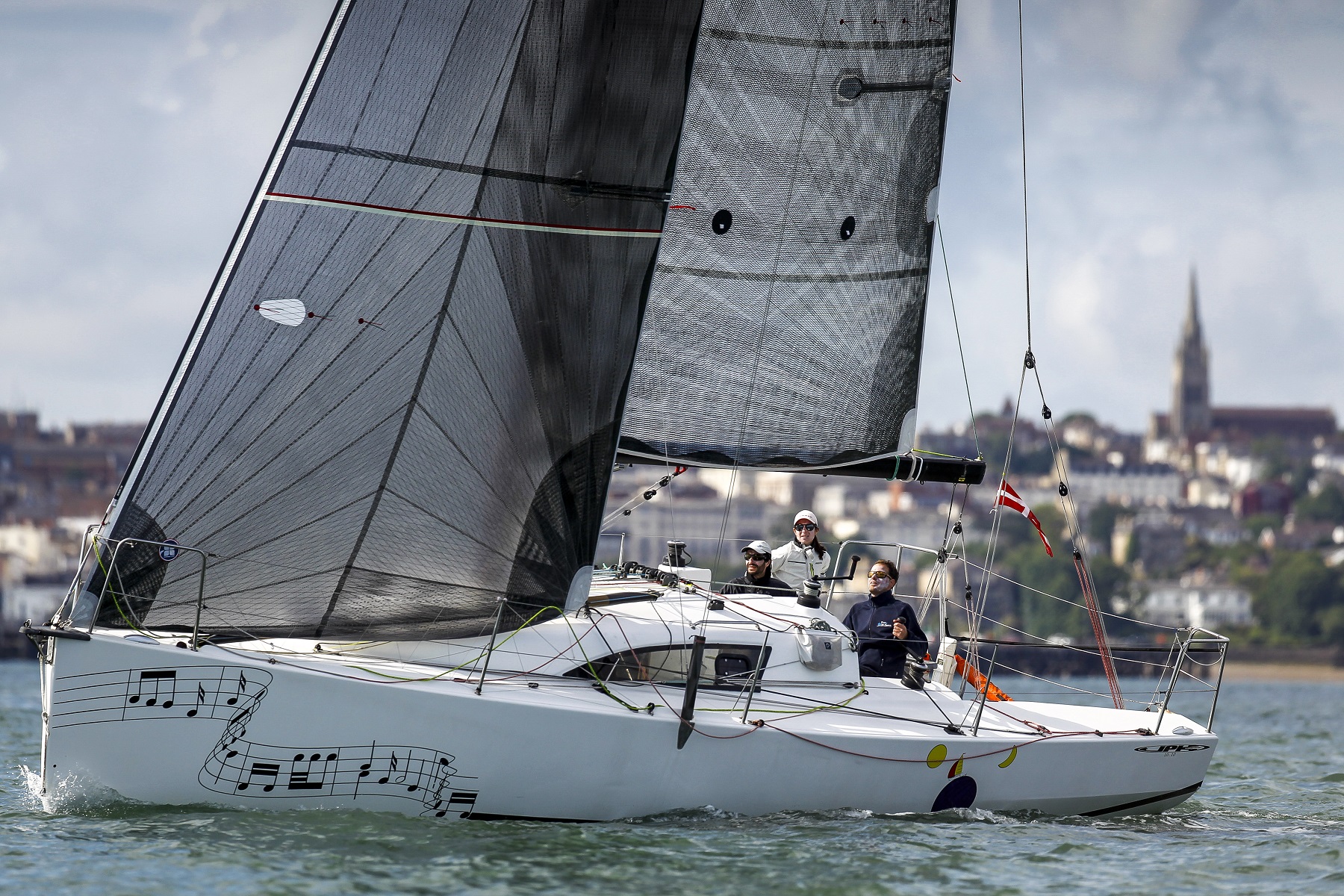 Emmanuel Pinteaux’s JPK 10.10 Gioia was second in class in the 2019 race © Paul Wyeth/pwpictures.com

Emmanuel Pinteaux’s JPK 10.10 Gioia was second in class in the last race in 2019, co-skippered by his brother Etienne. "Gioia means joy in Italian and this race is a dream for us," commented Emmanuel. "As children, sailing in St Vaas, Normandy, we dreamed of doing the Fastnet Race together.” Just to add a little charm to the Gioia story, in 2013 racing as Night and Day in IRC Three, the boat was the overall race winner. 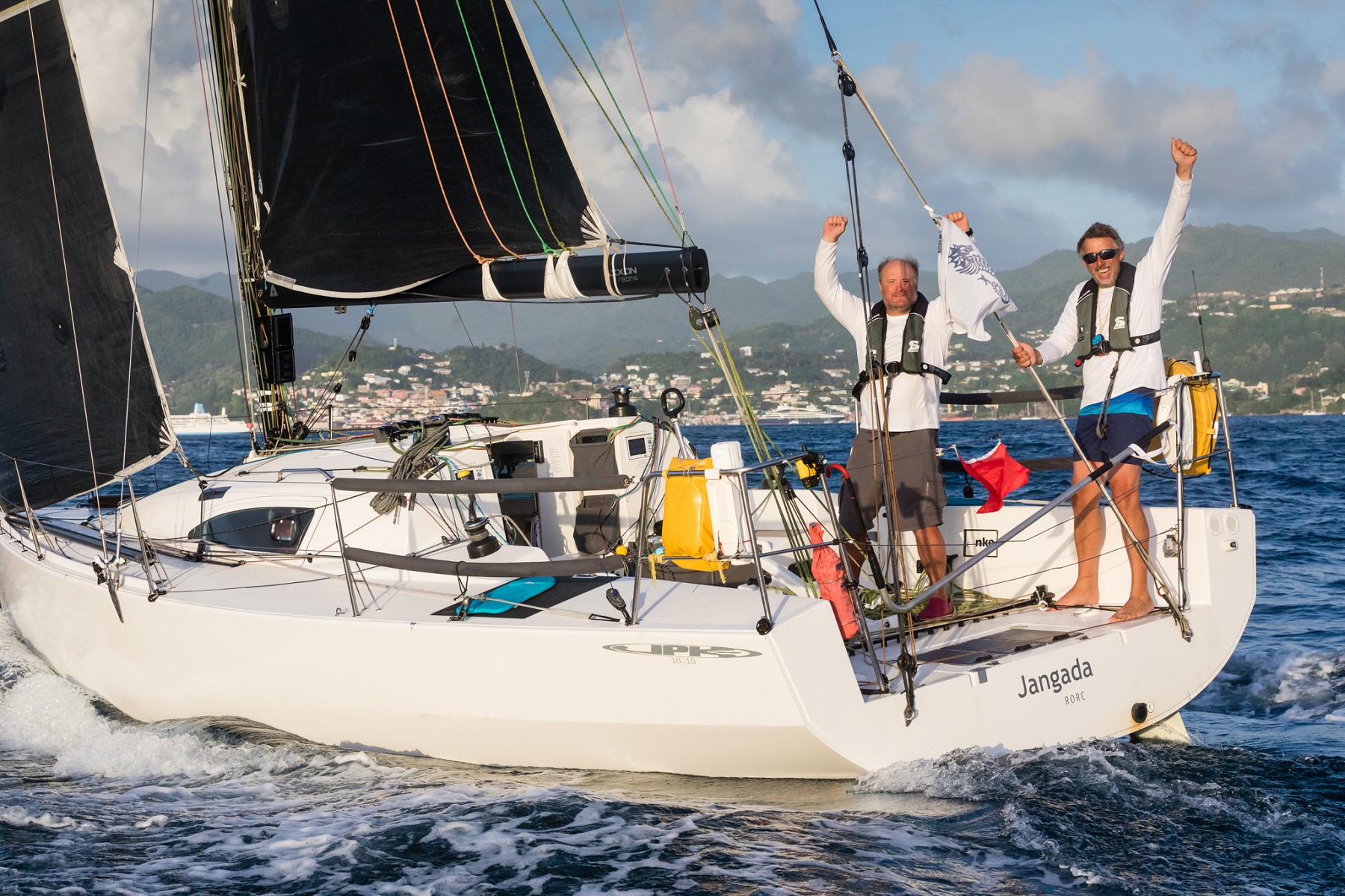 Among the 40 or so British teams competing in IRC Four, perhaps Richard Palmer’s JPK 10.10 has the best shot of breaking France’s winning streak. Racing Two-Handed with Jeremy Waitt, Jangada has an enviable track record: 2020 RORC Boat of the Year and winner of the 2019 RORC Transatlantic Race. Richard Palmer is competing in his tenth Rolex Fastnet Race. “It’s the world's most competitive offshore IRC event,” commented Richard. “We are looking forward to the increasing level of competition in the Two-Handed fleet and the new route into Cherbourg. The most difficult part this time will be strategies for the main tidal gates.”

Eleven Sun Fast 3200s are set for a battle in IRC Four; the majority are from France, but the best result for the Jeanneau design in the Rolex Fastnet Race came last year, and by a British boat. In 2019, Nigel Goodhew’s Cora, racing with son Tim was fourth in class. Cora is back for a crack at IRC Four, but this time Tim Goodhew is racing Two-Handed with Kelvin Matthews. Cora has been in fine form this season, especially for the longer RORC offshore races; winning class in the Myth of Malham and second in the Cowes Dinard St Malo Race. 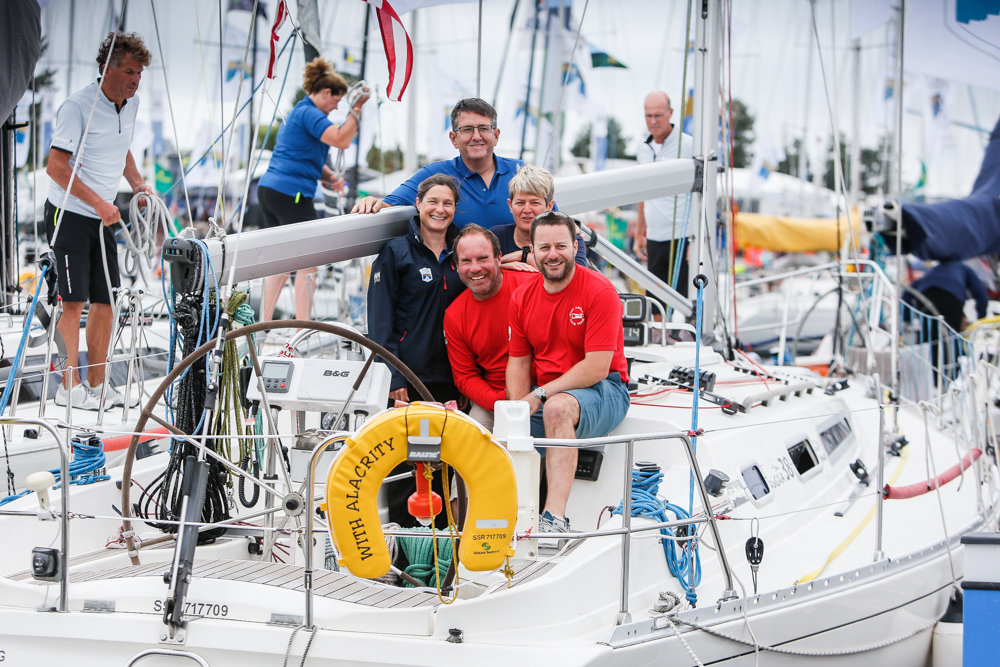 Seventh Rolex Fastnet Race for Chris and Vanessa Choules' With Alacrity - the leading Sigma 38 for the 2021 RORC season © Paul Wyeth/www.pwpictures.com

Six Sigma 38s will have their own private battle within IRC Four. Designed in 1985 by David Thomas in collaboration with the RORC and the Royal Thames YC, the one-design sloop was built to stand up to tough offshore conditions using data from the tragic 1979 Fastnet Race. Chris and Vanessa Choules' With Alacrity is the leading Sigma 38 for the 2021 RORC season, including a second overall in the De Guingand Bowl Race. Since 2009, With Alacrity has completed all six editions of the Rolex Fastnet Race, finishing in the top three Sigma 38s every year, winning in 2017 and 2019.

At least 18 classic yachts have entered the Rolex Fastnet Race in IRC Four. These yachts are typically owned by seasoned veterans of offshore racing - true Corinthians that race for passion not for profit. 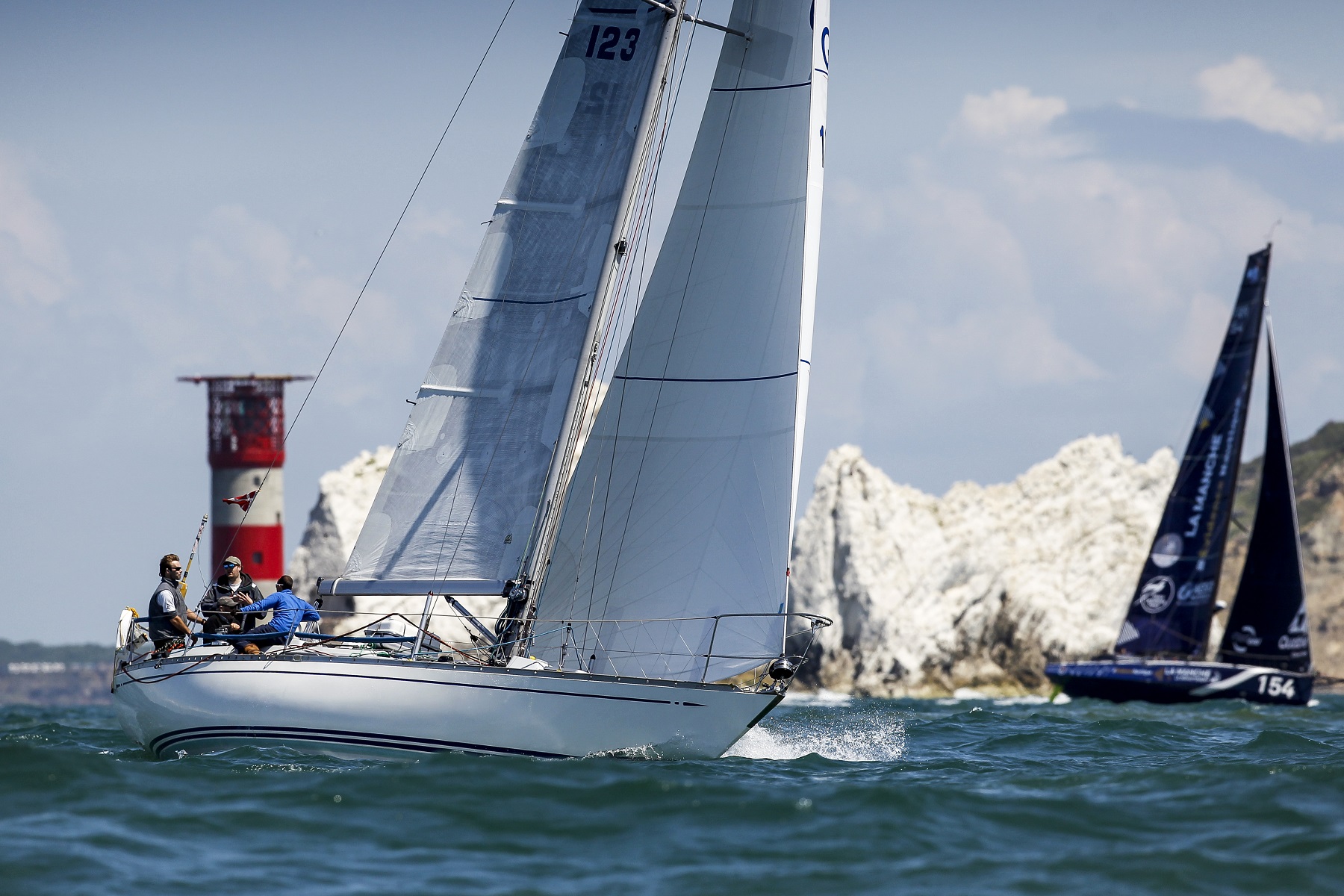 “We are old fashioned amateurs, very definitely not professional. The crew are all family and friends.” explains Jonathan. “Son Tom is Xara’s navigator, cousin Giles will be racing, plus Tom’s Best Man, Ashley Rudd and Sam Spencer; they all went to school together. The younger crew look after this ancient old man and we will do what we normally do – just keep trying.”

The Sparkman and Stephens Trophy for the best yacht of that design, will this year be defended by the S&S yawl Lulotte, owned by Ben Morris from Brixham, Devon, who will be competing in his ninth race.

"Going around the Fastnet Rock we have a little tradition - we have a family house on Heir Island overlooking the rock. In past events, as Lulotte rounded the Fastnet Lighthouse, all of the wonderful crew enjoyed roast lamb, cooked on board by Dan Ptacek. Lulotte goes to windward well, but off the breeze with a mizzen staysail up you are having to work the wheel quite hard, but she looks after us and you never feel in danger – she's a Devon girl!” 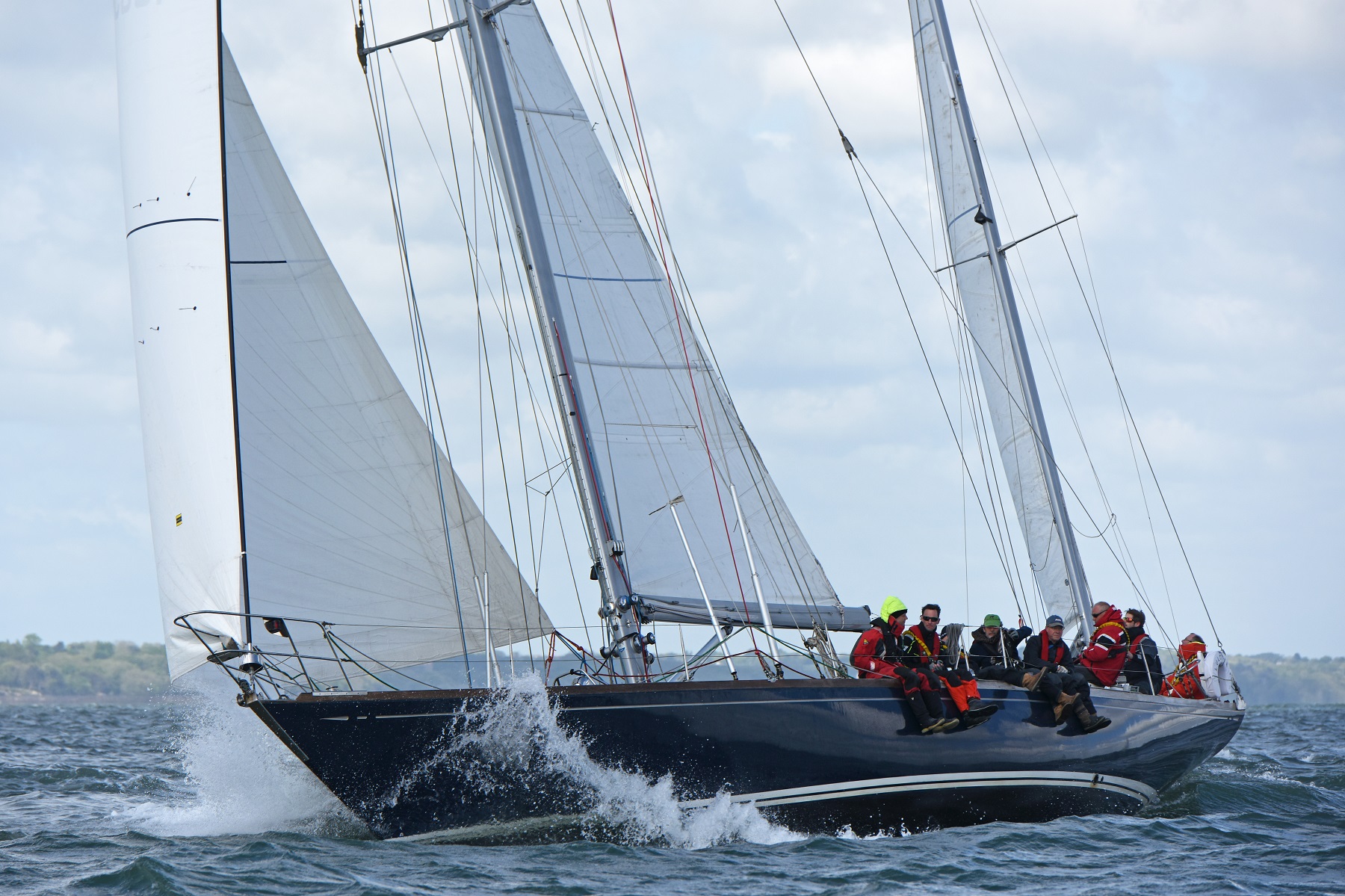 Paul Moxon and Steve Jones’ Amokura is the oldest boat in the race. The Fredrick Shepherd 50ft Bermudan yawl was built by Moodys, Swanwick in 1939, originally for Lord Mountbatten’s Aide de Camp, Ernest Harston. With a pitch pine hull on oak beams, teak deck and seven ton bilge keel, Amokura is a heavy displacement yacht. She competed in the 1959 Fastnet Race and again 60 years on in 2019, but finished neither. Amokura’s relationship with Cherbourg dates back to 1946 when she was credited as being the first British yacht into Cherbourg after the war. It is highly unlikely that Amokura will take line honours for the Rolex Fastnet Race, but there is no doubt that she will receive an ovation for finally finishing the race that she was built for.

For the yachts racing in IRC Four, the longer course for the 2021 Rolex Fastnet Race is likely to result in at least four days and nights at sea to complete the race. The mental and physical stamina required is colossal. In many respects, the race is harder for this class than any other.

With crew positions hard to come by among the hi-tech modern yachts, IRC Four is where many young aspiring sailors get their first taste of offshore racing. One of the most advanced boats racing this year will be Alex Thomson’s IMOCA HUGO BOSS. Alex’s first offshore race was the 1995 Fastnet, racing a Sigma 33. Since that first race Alex has competed in five Vendee Globes. While IRC Four has never produced an overall winner, the teams can dare to dream - it is only a matter of time before that tribute is achieved.