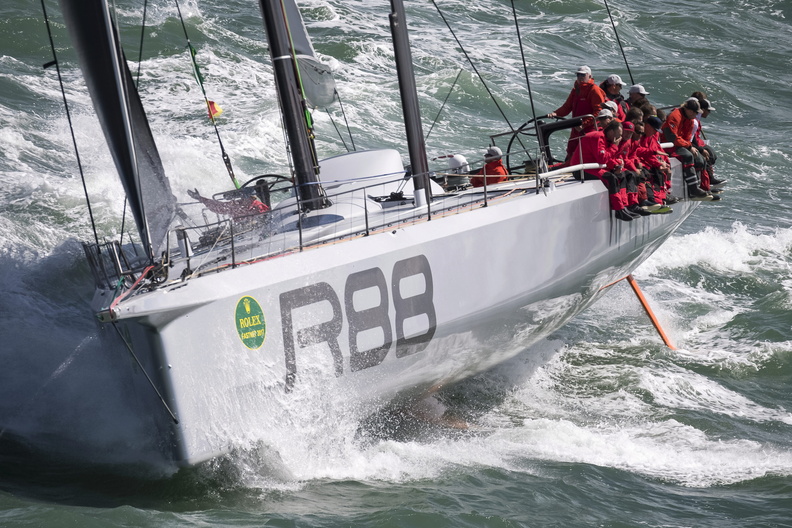 While Cowes Week is taking centre stage on the Solent at present, final preparations are being made for Sunday’s start (8th August) of the world’s biggest offshore yacht race, the Rolex Fastnet Race.

This year, for the first time since the race was first held in 1925, the Royal Ocean Racing Club’s premier event will finish in Cherbourg, France rather than Plymouth. However, this 49th edition of the race will start as usual from Cowes, where the first warning signal for the multihull classes will be given at 1100, followed at 15 minute intervals by the IMOCAs/Class40s and then the five IRC classes starting with IRC Four and finishing with IRC Zero at 1230.

The vast majority are competing in the IRC fleet. This spans some of the top international grand prix racers down to mum and dads in family crews and sailing schools.

Among the most decorated is George David’s Rambler 88, which won back-to-back monohull line honours in the last two editions. International grand prix racers are low in numbers compared to previous years due to pandemic-related travel restrictions. “It hasn’t been easy getting it together - it is a big commitment by these owners,” admits Rambler 88’s tactician Brad Butterworth. Her 19 crew have all made it into the UK, while the boat arrived on a ship from the USA in June.

This week the silver maxi has been out. “We just want to make sure we can still sail it in anger after a year of not sailing,” Butterworth says. Rambler 88’s last race was the Rolex Middle Sea Race in 2019. According to Butterworth the only change they have made since then is adding a light air downwind sail. 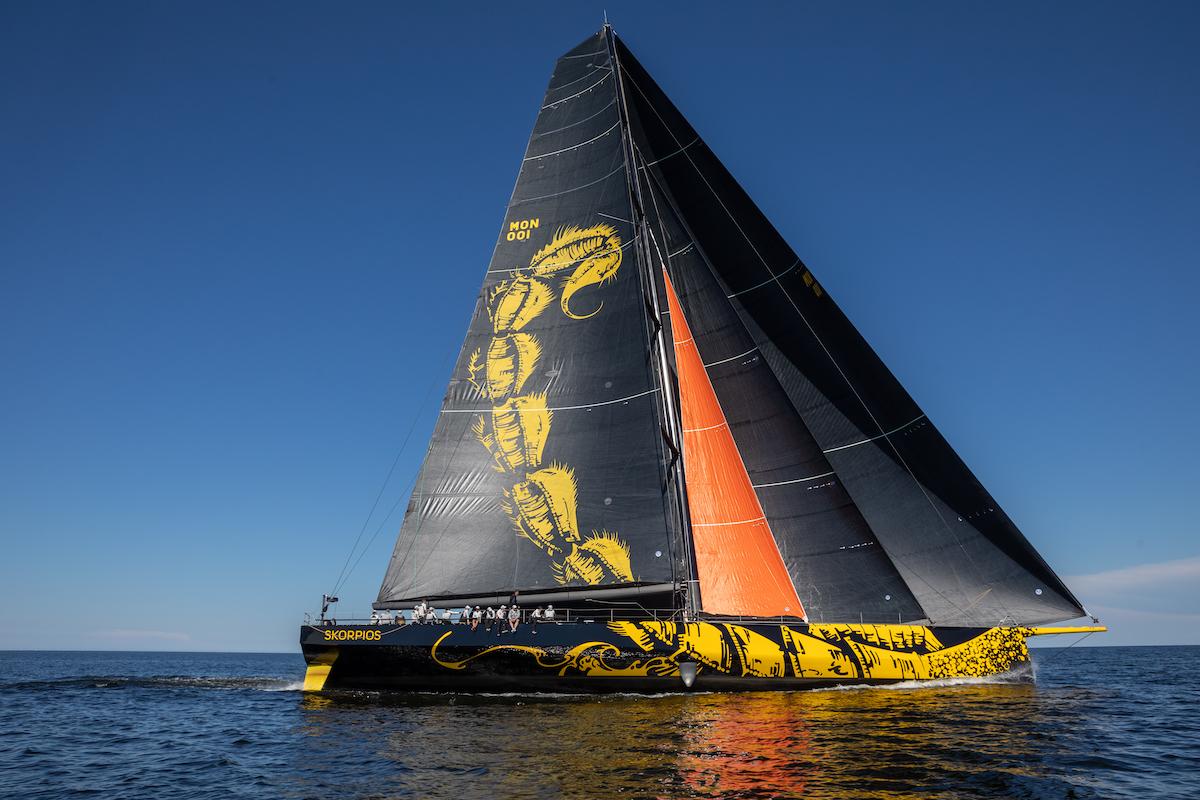 Over 350 boats are entered in the Rolex Fastnet Race, including the largest - the brand new ClubSwan 125 Skorpios belonging to Russian Dmitry Rybolovlev © Skorpios

Among the historically significant in the fleet is Eric Tabarly’s Whitbread Round the World Race maxi and 1976 OSTAR winner Pen Duick VI, skippered by his daughter Marie. Then there are two of the most successful 1960s maxis, the Swedish Wallenberg family's S&S 63 Rafanut and Cornelius Brunzeel's 73ft van de Stadt ketch Stormvogel, the 1961 Fastnet Race line honours winner.

Several overall winners of the top IRC prize, the Fastnet Challenge Cup are returning. Cherbourg hero Alexis Loison, together with his father Pascal, in 2013 famously became the race's only ever doublehanded crew to win the Rolex Fastnet Race overall. He is back to defend his 2019 IRC Three and IRC Two-Handed title, once again on board the JPK 10.30 Léon, but this time with Guillaume Pirouelle. Other hot British contenders for the IRC Two-Handed class include 2015 winners Kelvin Rawlings and Stuart Childerley racing the Sun Fast 3300 Aries. 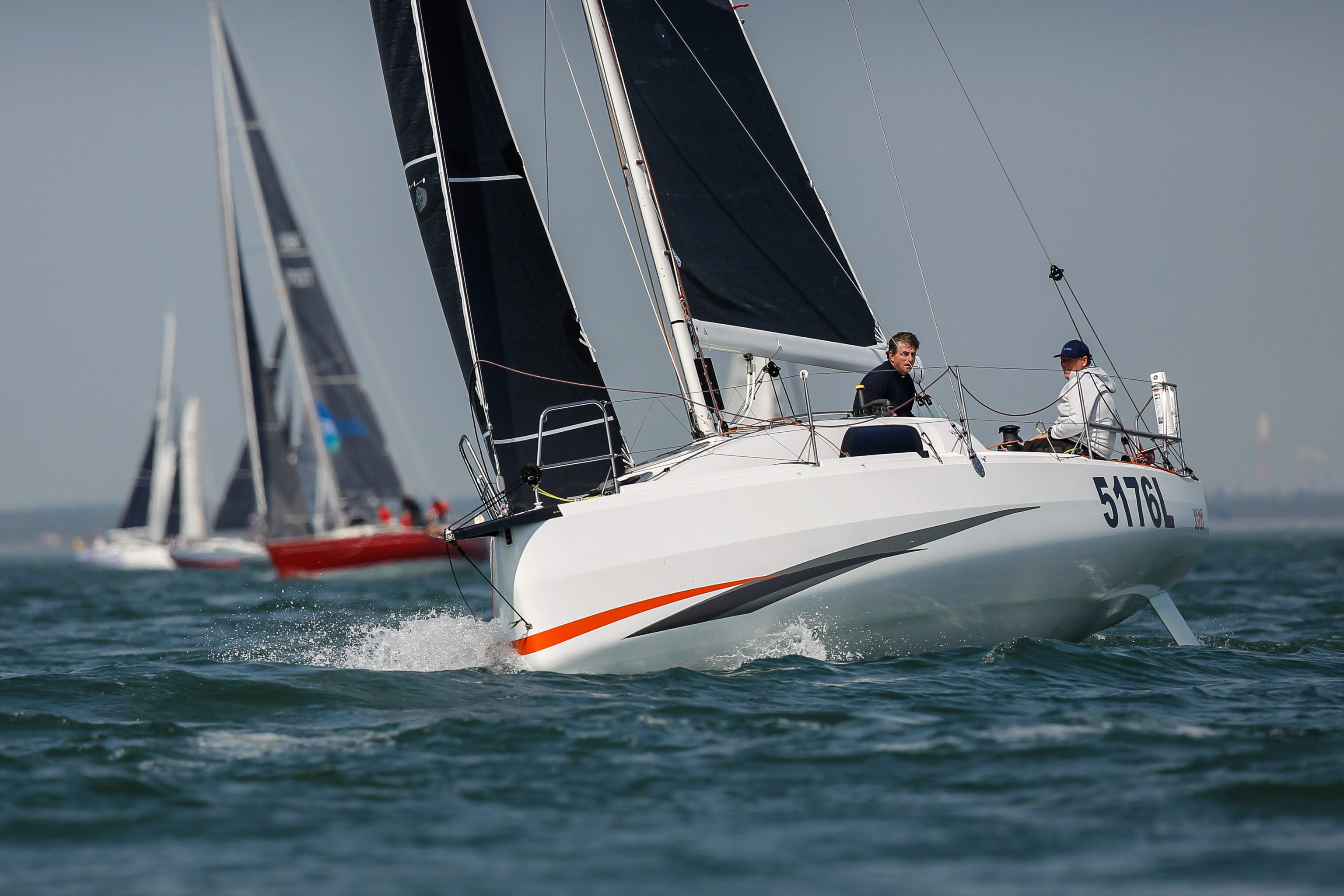 A record number of yachts will be competing Two-Handed in IRC, including 2015 winners Kelvin Rawlings and Stuart Childerley racing the Sun Fast 3300 Aries © Paul Wyeth/pwpictures.com 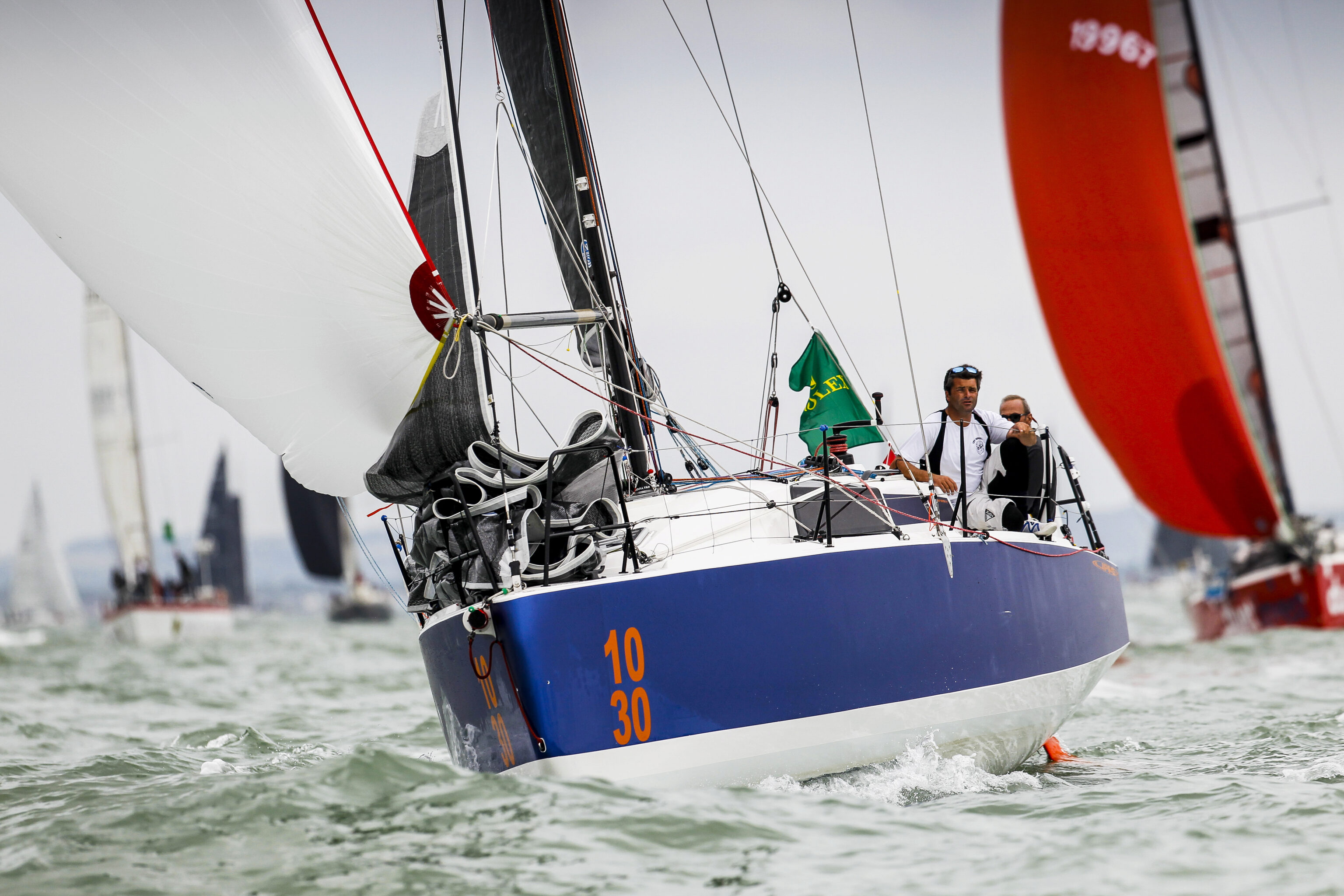 Cherbourg hero Alexis Loison is back to defend his 2019 IRC Three and IRC Two-Handed title on the JPK 10.30 Léon, with Guillaume Pirouelle © Paul Wyeth/pwpictures.com

Didier Gaudoux returns with his 2017 overall winner, the JND39 Lann Ael 2 and has his secret weapon, Figaro sailor Fred Duthil back on board. In 2019 Duthil sailed on board Jacques Pelletier’s L’Ange De Milon, an evolution of the JPK 10.10, when she won IRC One.

Pelletier is also returning to defend his title. “It hasn’t been easy to prepare due to the COVID, but during May we sailed at weekends and then we did La Trinite-Cherbourg, Cowes-Dinard and the Channel Race. We hope we are prepared and the crew too, but we are used to sailing together, so we have to cross our fingers.” Pelletier sees Lann Ael 2 as his main IRC One competition this time, but also Michael O'Donnell’s well sailed J/121 Darkwood, which beat him to second in the Channel Race.

Pelletier has done around 11-12 Fastnet Races, his first being in 1973 when they finished sixth. Right now he is ready to go and L’Ange De Milon is already in Cherbourg where they will leave on Saturday in order to reach the Solent on the morning of the start. “It is a pity there’s no possibly of drinking a beer in Cowes,” he says sadly.

Some of the most famous boats are to be found racing outside of the IRC fleet, in the largely French grand prix classes. These include the fastest offshore boats in the world, the 32 x 23m Ultime trimarans such as Yves le Blevec’s Actual (ex MACIF), Maxi Edmond de Rothschild (co-skippered by Volvo Ocean Race winning skippers Franck Cammas and Charles Caudrelier), and Thomas Coville’s Sodebo Ultim 3. 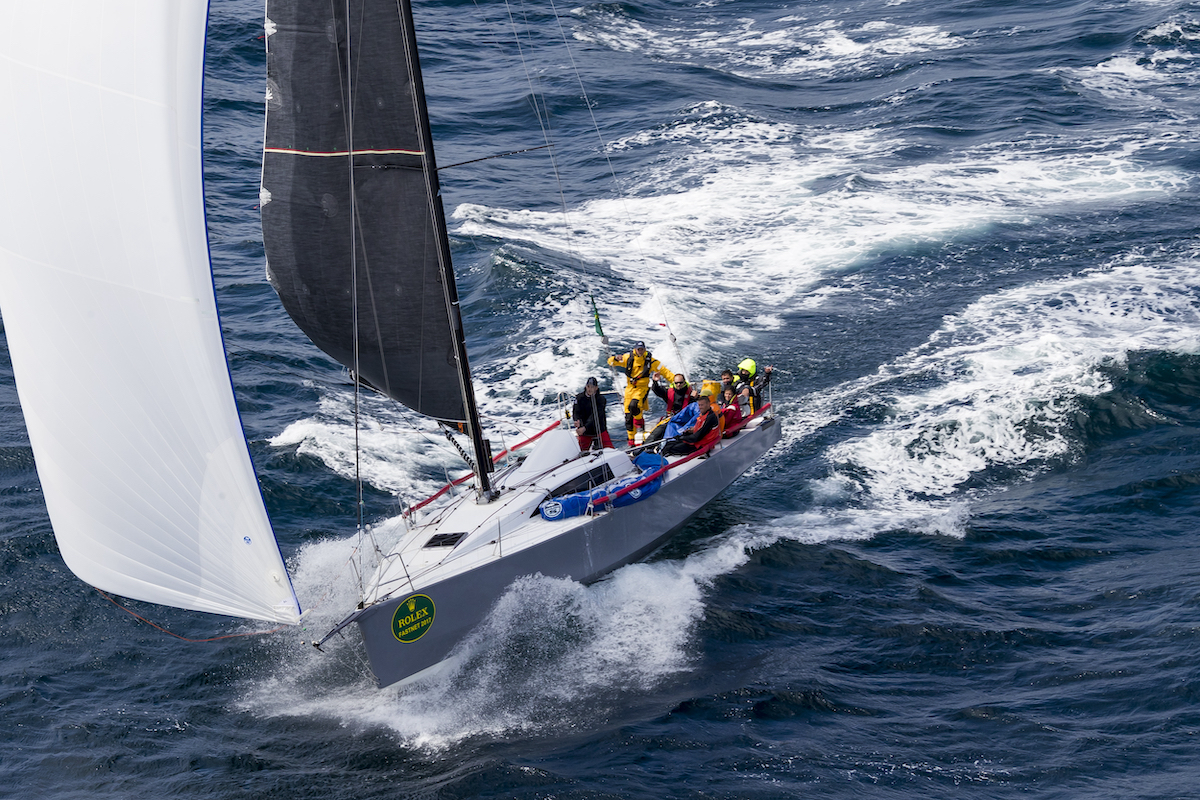 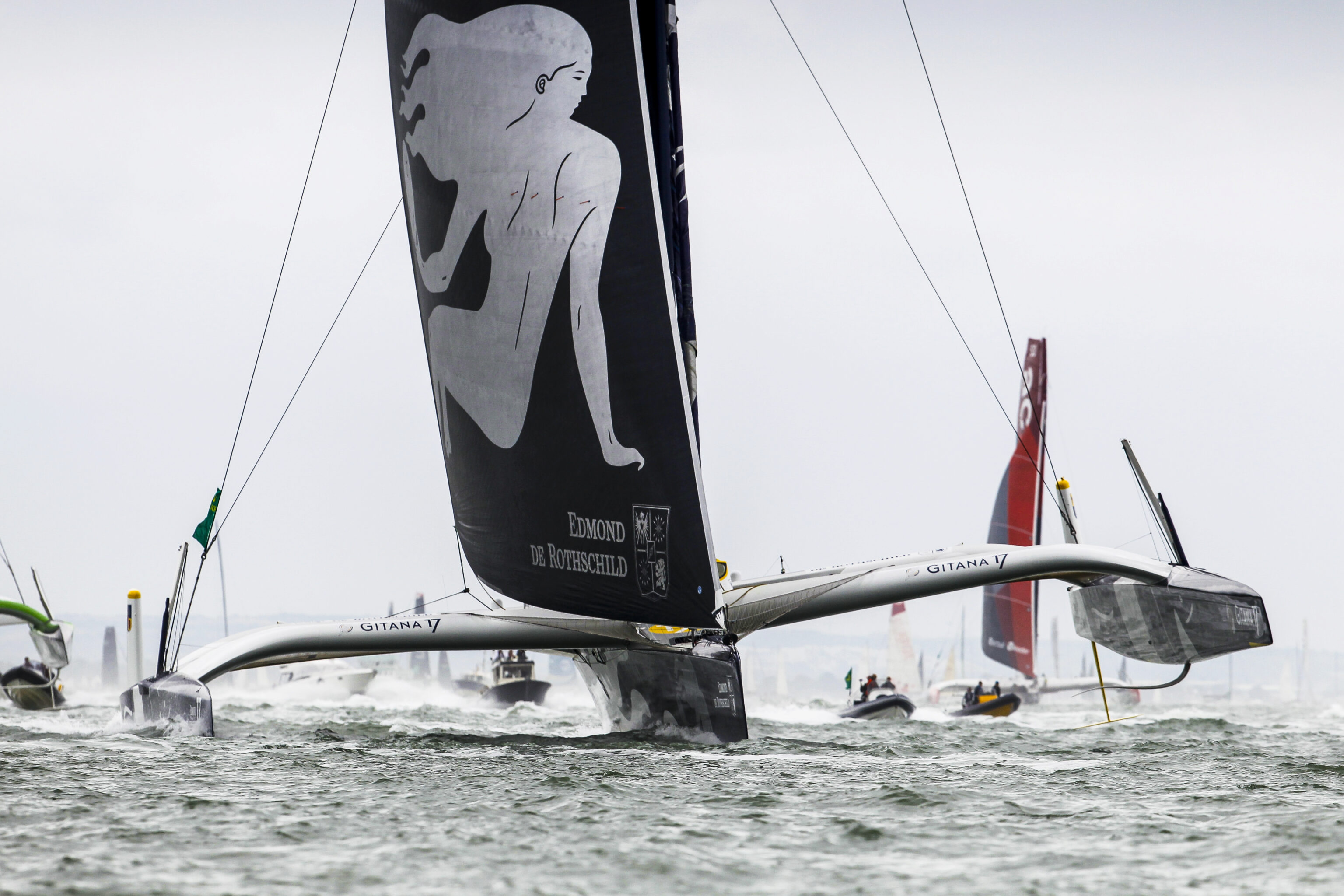 Fresh from last winter’s Vendée Globe are 13 IMOCAs. These 60 footers, many of which are fitted with foils that make them ‘fly’, include the 2020-21 Vendée Globe winner Yannick Bestaven on Maître CoQ, as well as the boat that was first home (losing to Bestaven following a time correction), Charlie Dalin’s Apivia. The IMOCA fleet also includes two of Britain’s top offshore sailors, Alex Thomson board HUGO BOSS and Sam Davies on Initiatives Coeur.

The line-up in the Class40s is giant with 37 boats. It is also highly international with eight nations represented from afar afield as Japan and the USA. This includes several of the very latest 'scow' designs such as Courrier Redman, winner of the recent Les Sables-Horta-Les Sables race.

Across the whole fleet, and perhaps surprisingly due to the pandemic, 24 nations are still represented, although more this year come from the UK (149) and France (111). Nonetheless boats have still come from afar afield as Japan, Hong Kong and Mexico among others.

For most at this stage the hard work has been done, boats are qualified and now it is down to fine tuning. 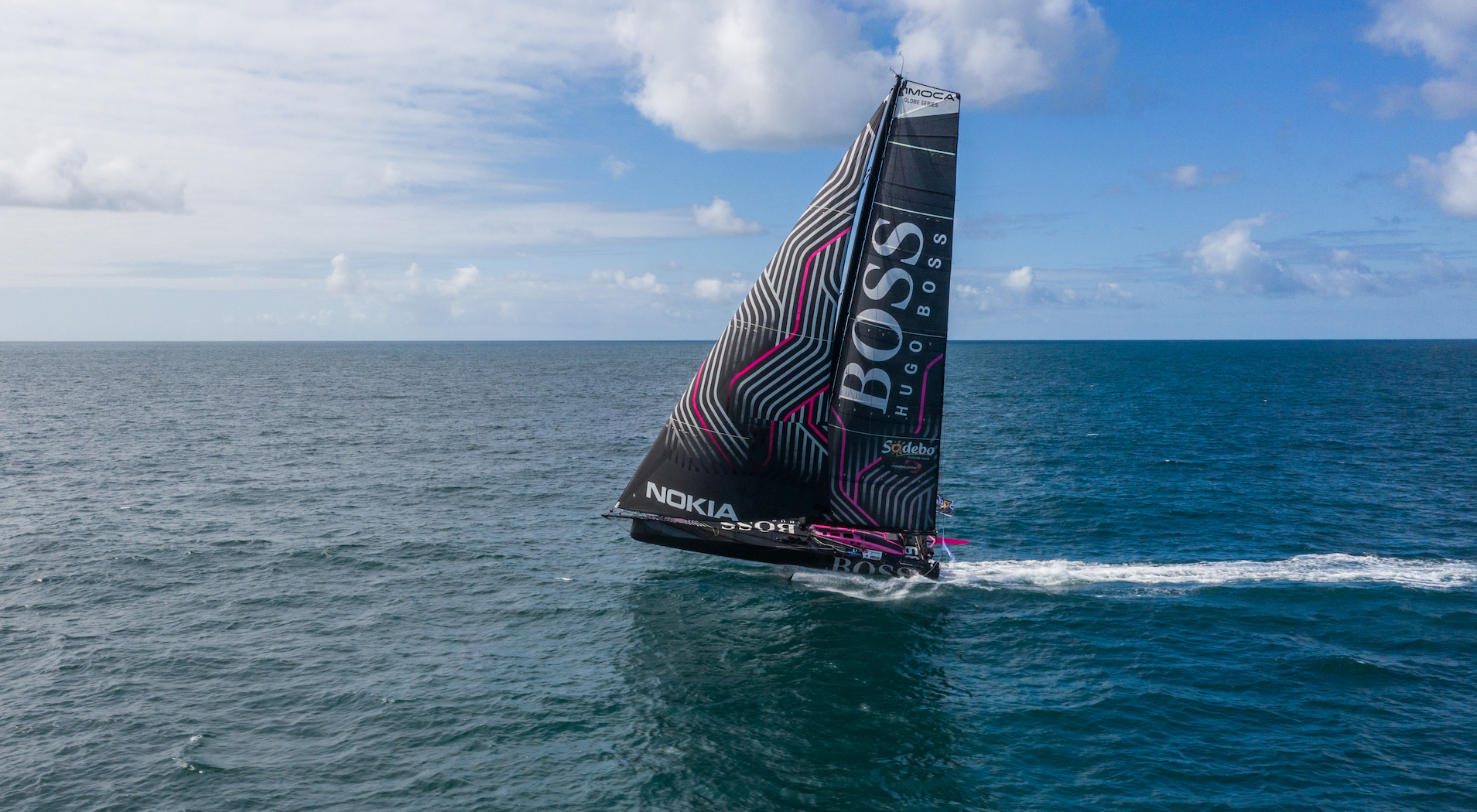 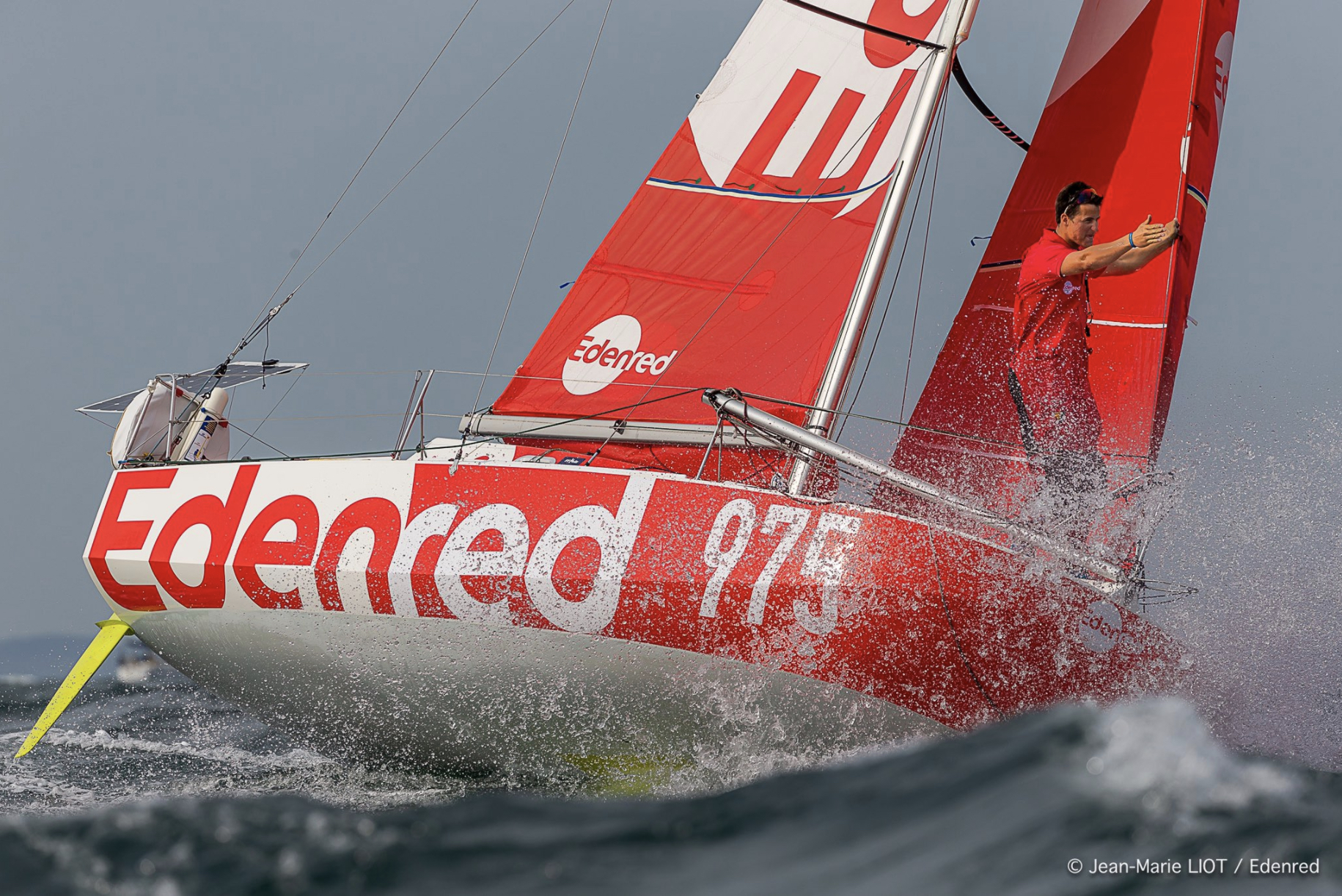 Racing in IRC Four is the Poole-based JPK 10.10 Joy which has been entered for a second time by the Butters family, skippered by Peter, and including father Dave and younger brother Jack. Their crew also includes other Parkstone Yacht Club members, Ian Milliard and Rob McGregor, younger brother of well known RORC racer Jim (and uncle of Olympic sailors/match racers Lucy and Kate).

They have been campaigning their JPK 10.10 for five years and have become friends with other owners like Jangada’s Richard Palmer, who have helped them a great deal with setting up their boat.

Already this year the Butters have competed in another major event, the 3 Peaks Yacht Race, from Barmouth to Fort Williams. This will be their second: “With the Rolex Fastnet Race finishing in Cherbourg for the first time it seemed interesting, although sadly we don’t get to enjoy going ashore in France with the on-going restrictions,” says Peter. “The Fastnet is always difficult to do well in just because there is such a range of boats and there are so many good boats as well. There is a reason that it is the premier competition it is…”

Preliminary weather forecasts show that competitors will be in for a brisk ride from start time and through the first night with 23-28 knot southwesterly headwinds, says the Rolex Fastnet Race’s weather forecaster Chris Tibbs. He warns crews to think twice about making the most of the tidal races off Hurst and Portland Bills as the wind against tide there will produce some dangerous overfalls.

Fortunately by Monday conditions are set to ease to 13-18 knots, the boats sailing into lighter breeze the further west they get. From Tuesday a depression and front are due with the wind backing into the south on Monday evening which will provide a fast reach to the Fastnet Rock for the smaller boats. The front then passes through and the wind settles down.

Chris Tibbs will provide a weather update during the Skippers Briefing to be held on Cowes Parade on Saturday afternoon at 1600 and streamed via the RORC’s social media channels.