Big or a small boat race? 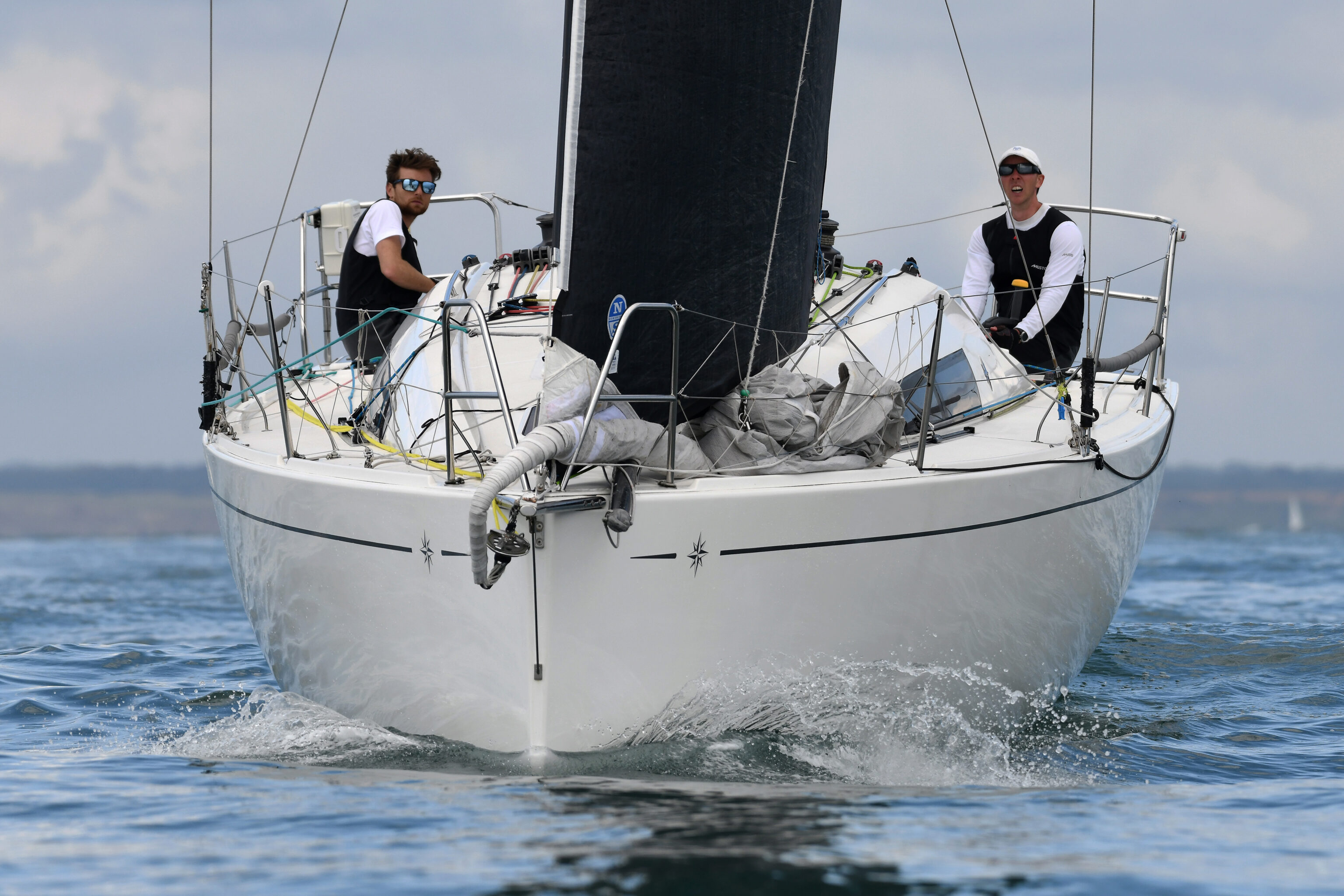 The start of the Rolex Fastnet Race will take place from the Royal Yacht Squadron line off Cowes on Sunday, with a first warning signal for the multihull classes at 1100, followed at 15 minute intervals by the IMOCAs/Class40s, and then the five IRC classes starting with IRC Four and finishing with IRC Zero at 1230.

The largest offshore race in the world, the Rolex Fastnet Race fleet represents a complete pantheon of almost 350 yachts, ranging from giant Ultime trimarans and brand new 125ft monohulls, down to 30 footers. Usually, 48 hours out from the start of this race the weather forecast provides some indication of whether it will favour a particular part of the fleet, such as the fastest or slowest boats. Sadly, due to a complex, volatile weather scenario over the southwest United Kingdom, the forecast remains uncertain, and predicting if any part of the fleet could be favoured is far from easy.

“The only certain thing is that it is going to be windy on Sunday. Thereafter the weather models aren’t in agreement,” states veteran navigator, New Zealander Campbell Field, racing aboard David Collins’ IRC 52 Tala.

The forecasts currently show the wind for Sunday’s start being 25 knots from the southwest, with gusts into the 30s. This means the start is upwind and, from the time the ebb starts in the western Solent at 1230 local time, wind against tide. “It is going to be pretty hairy,” Field advises, “so there could be some early attrition, but hopefully there is enough wisdom across the fleet to understand what the forecast is saying and to remember as always that ‘to finish first, first you must finish’.” 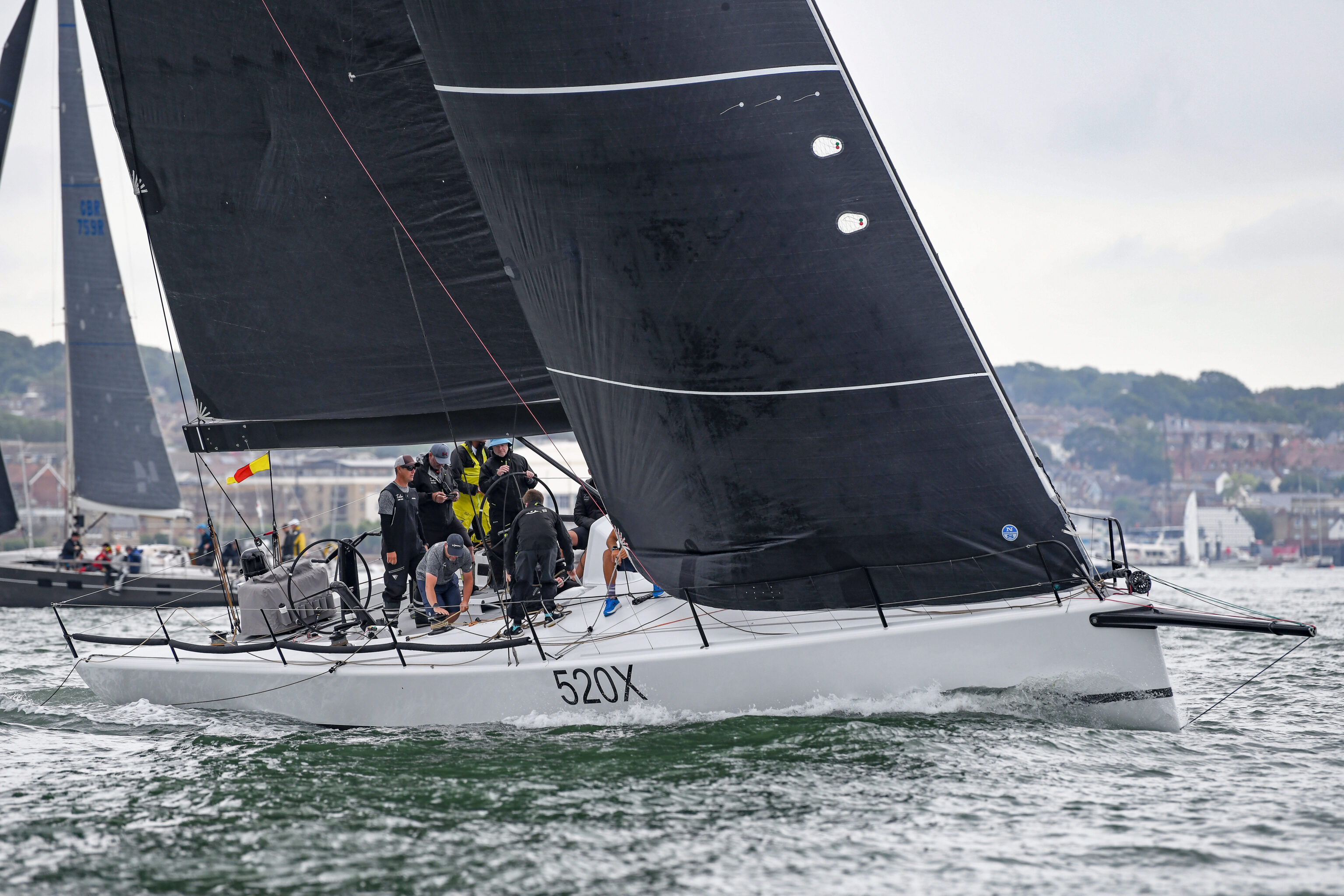 Leading the charge in the IRC fleet will be Dmitry Rybolovlev’s newly launched ClubSwan 125 Skorpios, the largest monohull ever to have entered the Royal Ocean Racing Club’s premier event. Once they have got out of the Solent, the larger faster boats will be the first to see the breeze easing. “As soon as we get to Portland Bill it will drop,” says Skorpios’ skipper, Spanish Olympic gold medallist and Volvo Ocean Race skipper, Fernando Echavarri. “We are upwind to the Lizard and then it will about 080° TWA and then a bit of upwind close to the Irish coast and then reaching back.”

On board Tala racing in IRC Zero, Field believes they will see the wind easing on Monday en route to the Lizard, but notes it is ‘easing’ rather than ‘dropping’. “It will be still be in the 20s and there will still be plenty of pressure across the Irish Sea, but at the moment it is too far ahead to really project what is going to happen on Monday-Tuesday, because the models disagree.”

The cause of the uncertainty is the location, direction and speed of movement of a significant low pressure system and its associated front approaching the west coast of Ireland mid-week. “A subtle shift with this could radically change everything. It is changing day by day,” advises Field. For example, for the return journey to the Cherbourg finish from Bishop Rock, Field says one model is showing welcome southwesterlies for Tala all the way, another shows 3-4 knots en route to Cherbourg and one shows their routing returning them up the south coast of the UK before turning south to cross the Channel. “I am not drawing too many conclusions about the way back from the Rock. Indications are it will be a beam reach on starboard back to the Scillies, but thereafter the weather models aren’t in agreement. I can’t say if it will be a big or a small boat race. Maybe the guy rounding the Rock on Thursday afternoon will scream back with his pants on fire!” 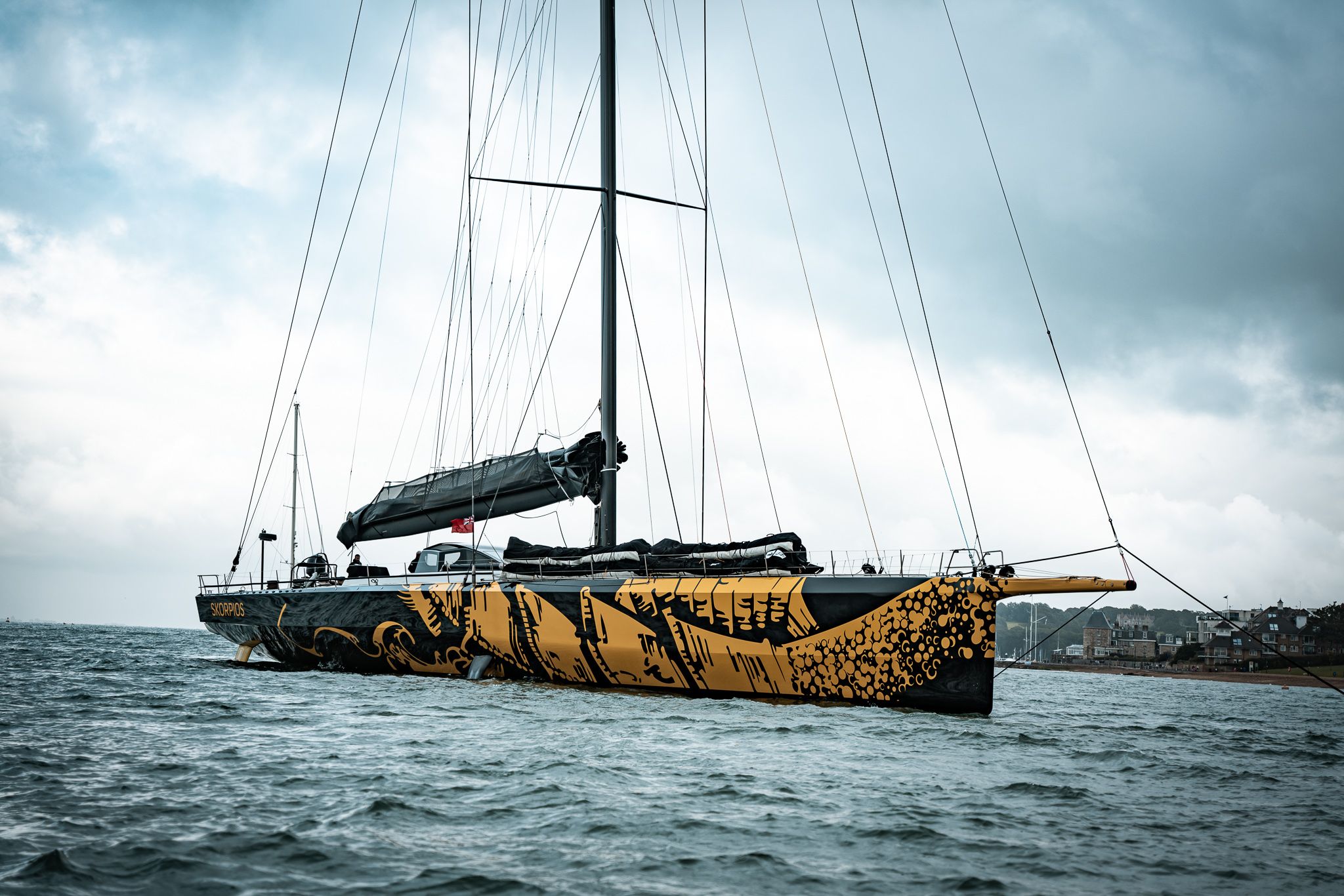 The larger faster boats in the Rolex Fastnet Race, such as Dmitry Rybolovlev’s newly launched ClubSwan 125 Skorpios will be the first to see the breeze easing once they are down the Channel © RORC/Myles Warden-Owen

“We will be heading upwind in about 20 knots,” forecasts Bestaven. “We expect a lot of tacking and manoeuvring in the Solent. The wind will remain strong, up to 30 knots, before easing at the end of the day. We will pass the Fastnet Rock on Tuesday morning, after a long port tack. On the way back from the Rock, we will still have wind, but quite light. For us, with small foils, it will be hard compared to those with big foils. We should finish on the 11th, in the middle of the day. " 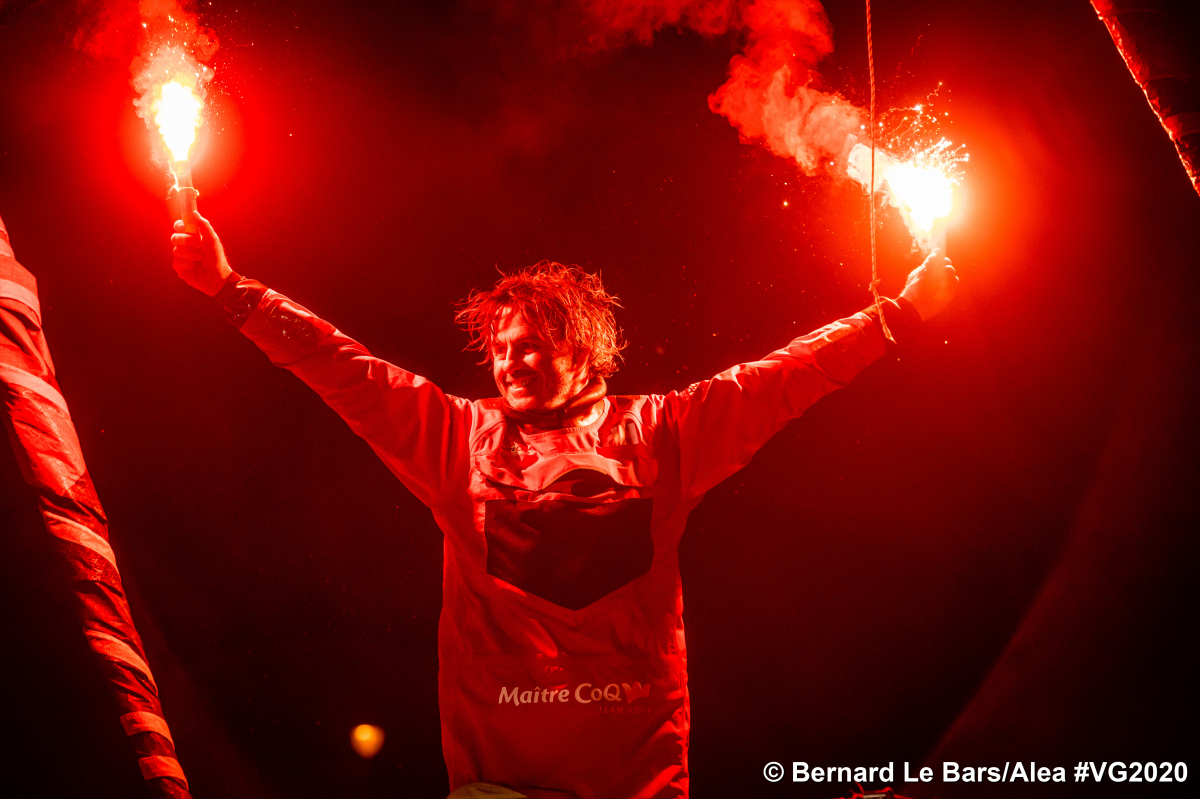 Depending upon the progress of the front, Rousselle is anticipating close reaching in a southerly en route back from the Fastnet Rock. “Hopefully we can get to Bishop with still some cracked off sheets and then we can accelerate to the finish. At the moment for us it looks like it is getting light for the last six hours. Hopefully we will be in the right phase of the tide…” To tackle the Alderney Race/Raz Blanchard Rousselle says that they plan to rest the crew as much as possible on the approach, as they will need maximum concentration for that.

In 2019 the Goodhews’ Sun Fast 3200 Cora was the top British finisher in IRC Four, coming home fourth behind the strong French entry. This time Tim Goodhew is racing again in IRC Four and IRC Two-Handed with North Sails’ Kelvin Matthews.

“It will be one of the windiest races we have done with the RORC this year because so many races have been in 8 knots,” Goodhew continues.

Being smaller, Cora may enjoy a more reasonable outbound crossing of the Celtic Sea.

“It could be quite good for slightly slower boats as we might get more reaching,” says Goodhew. “It is going into the south and then it comes in from the west at some point during Wednesday. All the faster boats will be coming back in a southerly to get back to the Scillies while all the slower boats should be coming back in on the westerly and should be faster. I am keeping my eye on that.”

The arrival of the big depression from the west later in the week could favour the smaller boats he feels. “The faster boats might have lighter breeze at the finish, whereas the boats in the middle of the fleet or IRC Four might have a bit more breeze there, which suggests the slow boats might be in with a chance, depending the tides. I think it is quite open…”

Racing doublehanded is likely to take more of a toll in the big conditions, however upwind there is less to do and it will just be a case of hanging on for the first hours. “In the 2019 race we beat all the way to the Rock and we got there with Winsome, but there was a bit of downwind at the start, which may have given us a bit of a head start. Cora will hold her own. We just need to get through Sunday and then we’ll be fine.”

On Saturday, 7 August there will be on Cowes Parade, plus streamed live on the RORC’s social media channels: