Day Three: Handbrake turns at the Rock for IRC Zero 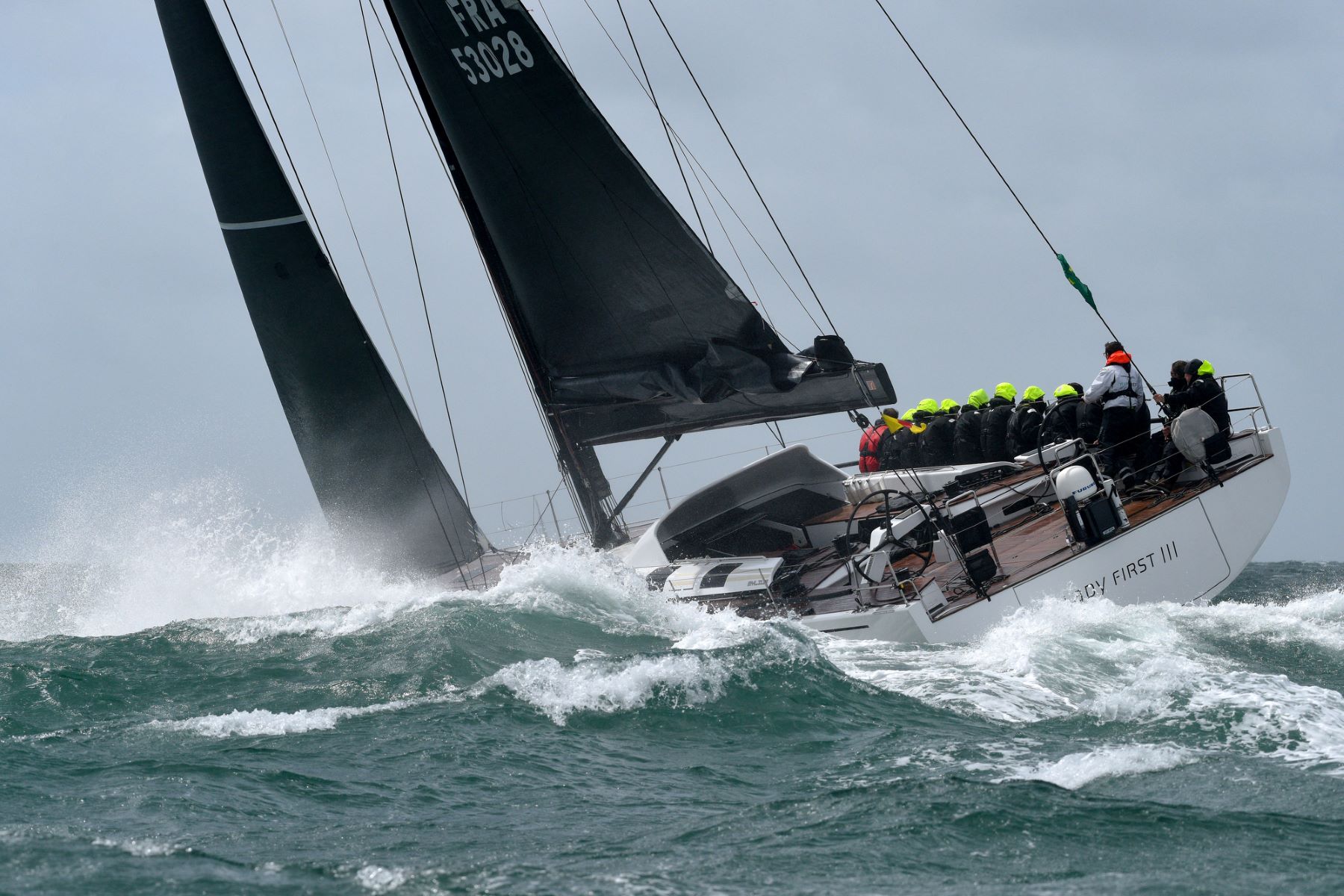 The Fastnet Rock has seen a flurry of IRC Zero competitors doing the big handbrake turn this morning along with a bunch of IMOCAs.

Sailing back from the Fastnet Rock towards the Scilly Isles, British crewman on board I Love Poland, Figaro sailor Alan Roberts reports that they’re making good progress in 10 knot westerly winds, the boat travelling at around 11 knots as it approaches the two TSS zones around the Scillies.

According to Roberts, the early phase of the race involved some “big tactical calls and looks like the IMOCA going south paid off. But for the leaders and the trailing bunch it was a pretty critical decision on the timing for the tide. Happy with how we’re sailing so far with a lot more race to go.”

The VO70 is racing along in a pack of IMOCA 60s, tucked just behind Charal and Arkea Paprec and just in front of 11th Hour Racing Team.

Meanwhile up the front of the monohull fleet is Skorpios, Dmitry Rybolovlev’s brand new ClubSwan 125 speed machine, which looks on track for monohull line honours as well as lying third in IRC Zero on corrected time. The Russian supermaxi has kept the crew busy as it short gybes between the Scilly TSS zones and off the south-west corner of Cornwall. The passage through the English Channel looks straightforward although with the breeze directly aft it’s likely Skorpios will be gybing a few more times before Cherbourg.

Just over 25 miles behind I Love Poland is Sailing Poland, the Volvo Ocean 65 skippered by Bouwe Bekking, in fourth on corrected time. Another VO65 making moves up the standings is Gerwin Jansen’s Austrian-flagged Sisi. Also looking promising in the IRC standings are Tala, David Collins’ Botin 52, and Lady First 3, the Mylius 60 skippered by Jean Pierre Dreau.