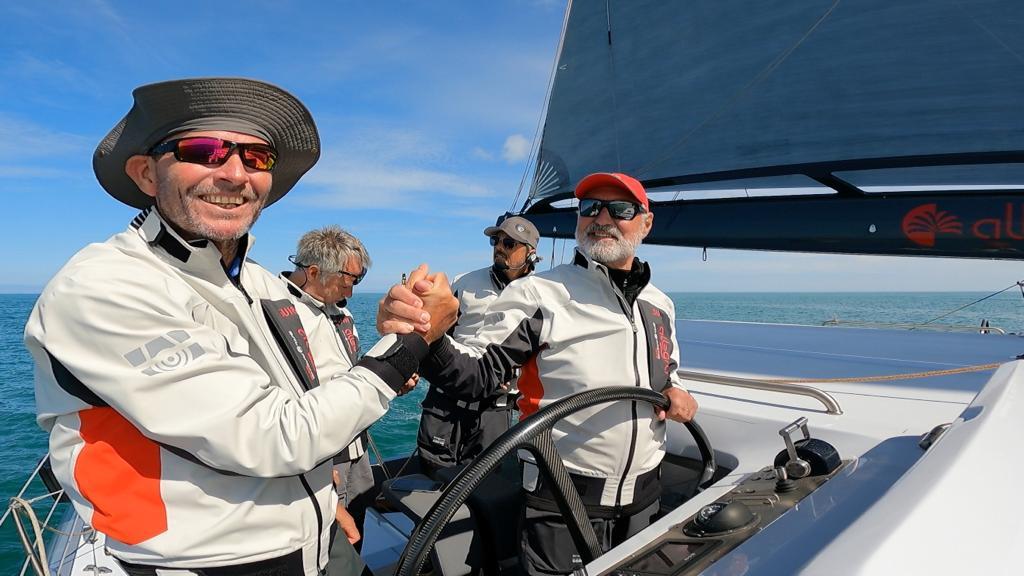 Australian Paul Larsen who was skipper and principal driver on Allegra commented:

“Two days before the start of the race, we were just about the only boat out training in rough weather. We saw this as an opportunity to sail in the conditions we expected for the early part of the race. This allowed us to sort out sail configurations and the likely sea state for the beginning of the race. This put everyone’s mind at ease for what was to come.”

Allegra weighs in at 32 tons with a full interior including four en-suite cabins - about four times the weight of a MOD70. From the start, Allegra experienced heavy beating conditions especially at The Needles leaving the Solent:

“You have to manage the slamming, plus she is not designed to fly a hull like a MOD70, if you do, even in light airs, you are likely to rip the clew out of the sail. Unlike the full-on raceboats around us, we have much higher loads so we have load sensors we must respect. Allegra is a big piece of real estate, but we haven’t broken a thing on board.

“The worst weather we experienced was going through some heavy rain squalls off the Scillies, just blinding rain. The boat dealt with the weather really well and its pretty impressive to be surrounded by stripped out race boats. I have to say, it was nice to have hot showers on Allegra and the coffee and food were fantastic!” 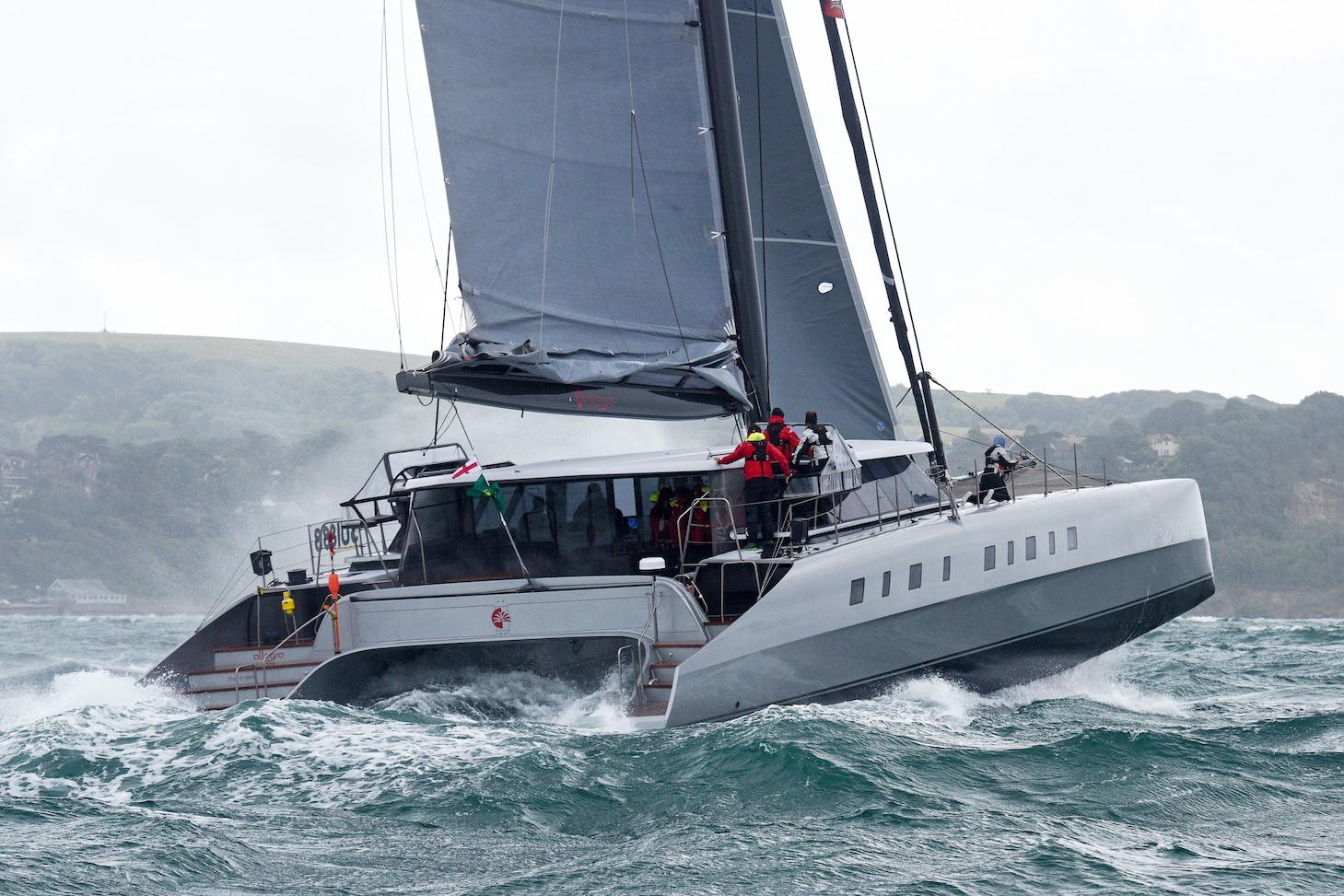 After crossing the finish line at Cherbourg Adrian Keller added:

“This is a happy moment. A week before the race, I was not sure if I could even get into England because of the restrictions, so getting to the start line was great and the outcome was fantastic.

“I think we have now proved that Allegra is a bit more than a floating apartment. I hope that we have demonstrated that this type of boat can race and hold its own against racing designs. This was my first [Rolex Fastnet] race, and it has been very exciting. I have a great deal of respect for the course. The start was very windy and coming out from Hurst Castle it got really tough. However, I will remember the Fastnet lighthouse - it was pitch dark, but you could see that light. That is a memory for a life time - unique and very special.”

While Oren Nataf’s speedy Pulsar 50 catamaran Rayon Vert regained a lot of ground in the last 24 hours she was almost two hours outside of Allegra’s time, corrected by the MOCRA rule. This follows the sad retirements of the defending champion, Christian Guyader, aboard his new RS5 Guyader Mext and former ORMA team boss Yann Marilley’s potent Outremer 5x Racing catamaran No Limit, with a crew including Loick Peyron, which sadly dismasted early on in the race.