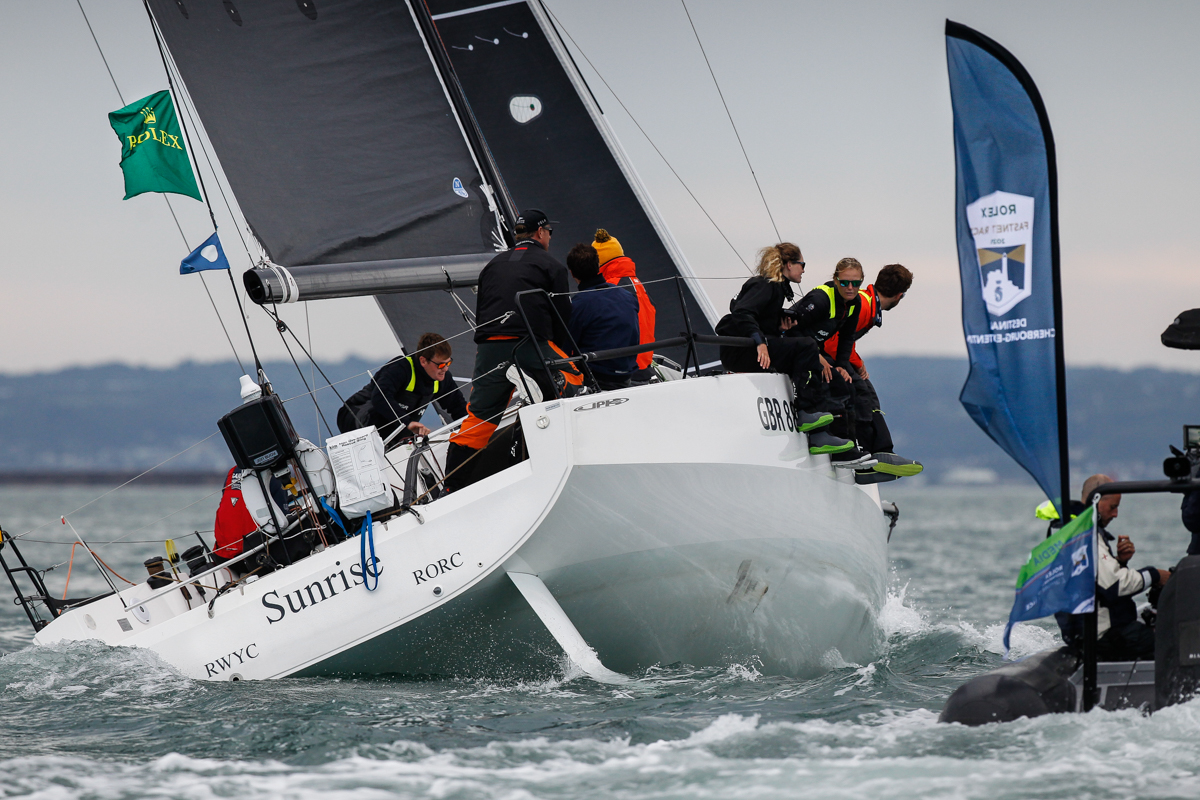 Tom Kneen’s JPK 11.80 Sunrise has been crowned overall winner of the Rolex Fastnet Race. After being confirmed as runaway winner of the IRC Two division yesterday, no other boat still racing on the 695 nautical mile course can catch the British boat for overall honours in this, the 49th edition of the Royal Ocean Racing Club’s offshore classic. Kneen is the first British winner of the race since Charles Dunstone and his maxi Nokia Enigma in 2003.

Reunited this morning with his two-year old son Sam, Kneen couldn’t hide the emotion of winning a race that has come to mean so much to him:

“I’ve had 24 hours to reflect on the race after we finished yesterday, and it really is all about the people, the amazing team that sailed with me, and my incredible partner Francesca who has done so much to make this happen.”

For someone who only took up offshore racing just seven years ago, Kneen has come a long way in a short time. When he started he admits “I didn't know what IRC was. I'd never really heard of the RORC, but what I had heard of was the Rolex Fastnet Race. I was brought up in the southwest, and as a boy I used to sail dinghies at the Royal Western Yacht Club.”

By his own admission, Kneen’s first Rolex Fastnet Race in 2015 was a comedy of errors aboard his secondhand Elan 350 cruiser/racer called Sunrise. But he has proven to be a fast learner who has quickly worked out what it takes to put together a race-winning campaign.

“It doesn't really matter what level in the fleet you're at. As long as you have a good crew, and the right support, then you can win your class. And if you can win the class you can win overall, although that depends on things like tidal gates, wind conditions, things that are much more in the hands of the gods, I think.” 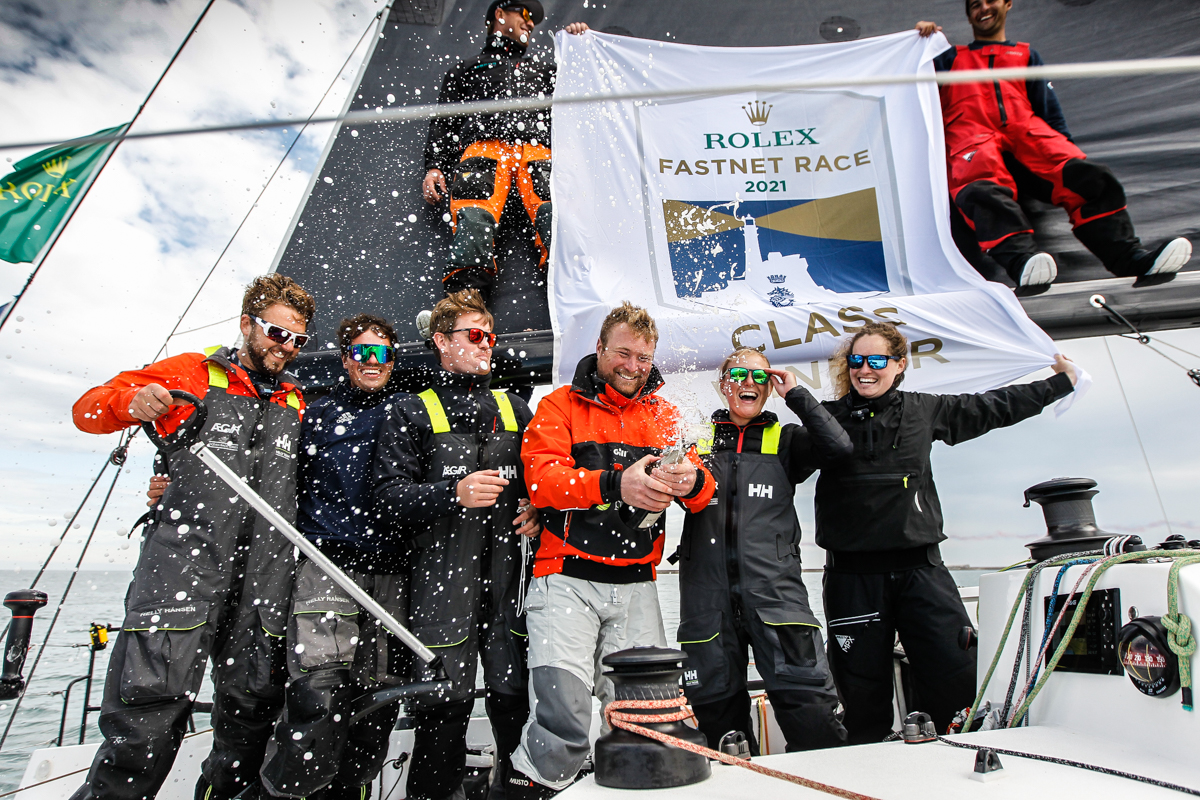 The fickleness of fate was brought home to him on seeing sistership Dawn Treader knocked out of the race not long after the start. Battling through the severe conditions of the Solent, the J/133 Pintia collided with the JPK 11.80 Dawn Treader, resulting in the latter dismasting and both boats retiring.

Two identical boats - one that barely made it past the start line, the other going on to win the race. The poignancy was not lost on Kneen:

“We had a sad moment for an hour or so after that happened. We’ve been racing Dawn Treader hard all season. They’ve had the boat for a lot less time than us, but really got it together. We were looking forward to match racing them all around the Fastnet course and we reckoned that if we could beat them we’d be in with a good chance of winning our division.”

Sunrise struggled in the early stages of the race, always out of phase with the tide as they beat towards Land’s End. But a counterintuitive and brave decision to sail around the eastern side of the traffic separation scheme at Land’s End was the team’s first big break. From then on, one good decision compounded on the next.

This put them in a unique position to stay just in front of an area of high pressure that swallowed up the chasing pack just a few miles behind Sunrise.

“I was looking at the tracker last night and it’s quite amazing to look back at that stage of the race. It was a critical moment where we really pushed hard and it was probably the difference between finishing at 10 o'clock in the morning on Thursday or finishing the same time the following day.” 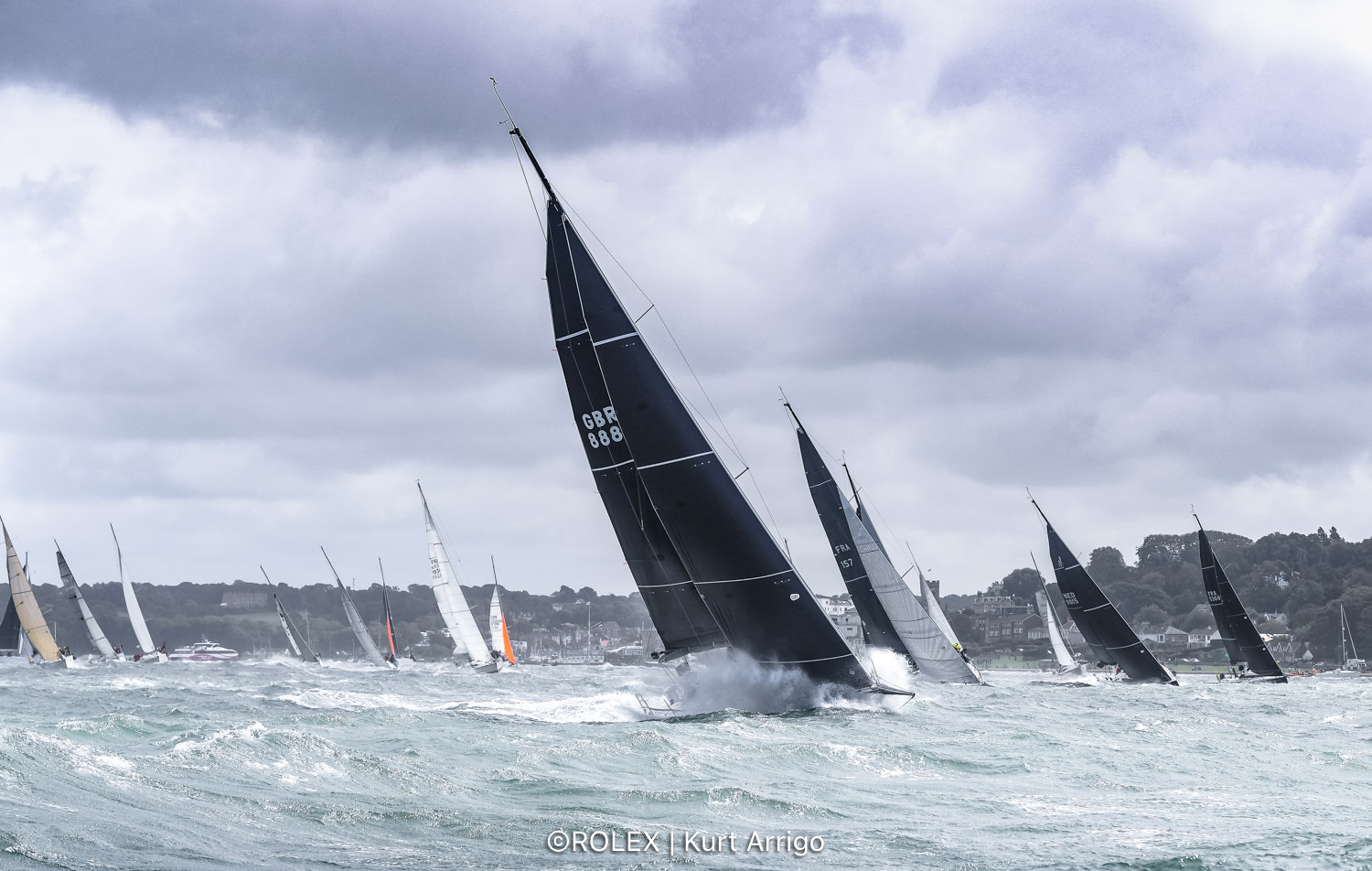 Loyal Plymothian that he is, Kneen admits to being pleasantly surprised by the warm welcome he received coming into Cherbourg.

“It's not lost on me the irony that the first year the race finish moves to a French town it’s won by a Plymouth boat, by someone who voted against moving the finish to Cherbourg.”

Kneen paid tribute to the RORC and everyone in Cowes and Cherbourg who had helped make the Rolex Fastnet Race happen in such challenging circumstances.

“I think anyone who has managed to arrange an event in this pandemic deserves a medal. The level of complexity of making anything happen is just at a completely different level now in the pandemic. The fact that the RORC made a brave decision to move the finish, and then managed to deliver another astonishing race - it just demonstrates the amazing people at the RORC have got in it.

“I wasn’t particularly positive about the change of finish because I'm loyal to Plymouth, and we really didn’t know what to expect when we arrived in Cherbourg. But the welcome at the finish was amazing, the village is something else, the whole experience was incredible. If I have one regret it’s that in this special moment, Francesca wasn’t able to be with me on this race because she was back at home looking after our two year old. She is the one who has made it possible for me to do this race.

“When you make crazy plans to do things like this and it becomes a bit of an obsession, and you never really believe you're going to do it. I think all of us in offshore sailing ask ourselves why we commit to this ridiculous sport where you get mostly cold and wet, and 90 per cent of the time you wish you weren’t there.

“But then you get glimmers of complete elation, adrenaline and an experience that is just unmatchable. There's no greater sense of achievement. When you get everything in the right place, with the right people, in the right conditions. We had four, five or six hours of that, between the Scillies and the Lizard, when we had 25 knots of breeze and the boat - our so called ‘caravan’ - was flying along at 20 plus knots. In moments like that, all the rest of it you forget very quickly, when you’re beating in 30 knots of wind and vomiting over the back and wondering why you’re there. It’s the moments of elation that live with you, and it’s what keeps us coming back.”

Volvo Ocean Race veteran Dave Swete was the only pro sailor on the Sunrise crew. Apart from Swete and Kneen in their late 30s, the rest of the crew are all in their 20s, some of whom have come up through the RORC’s Griffin youth racing programme aimed at fostering young offshore talent. Suzy Peters and Tom Cheney were co-navigators on the race. They were joined by Quentin Bes-Green, Angus Gray-Stephens, George Kennedy and Victoria Tomlinson.