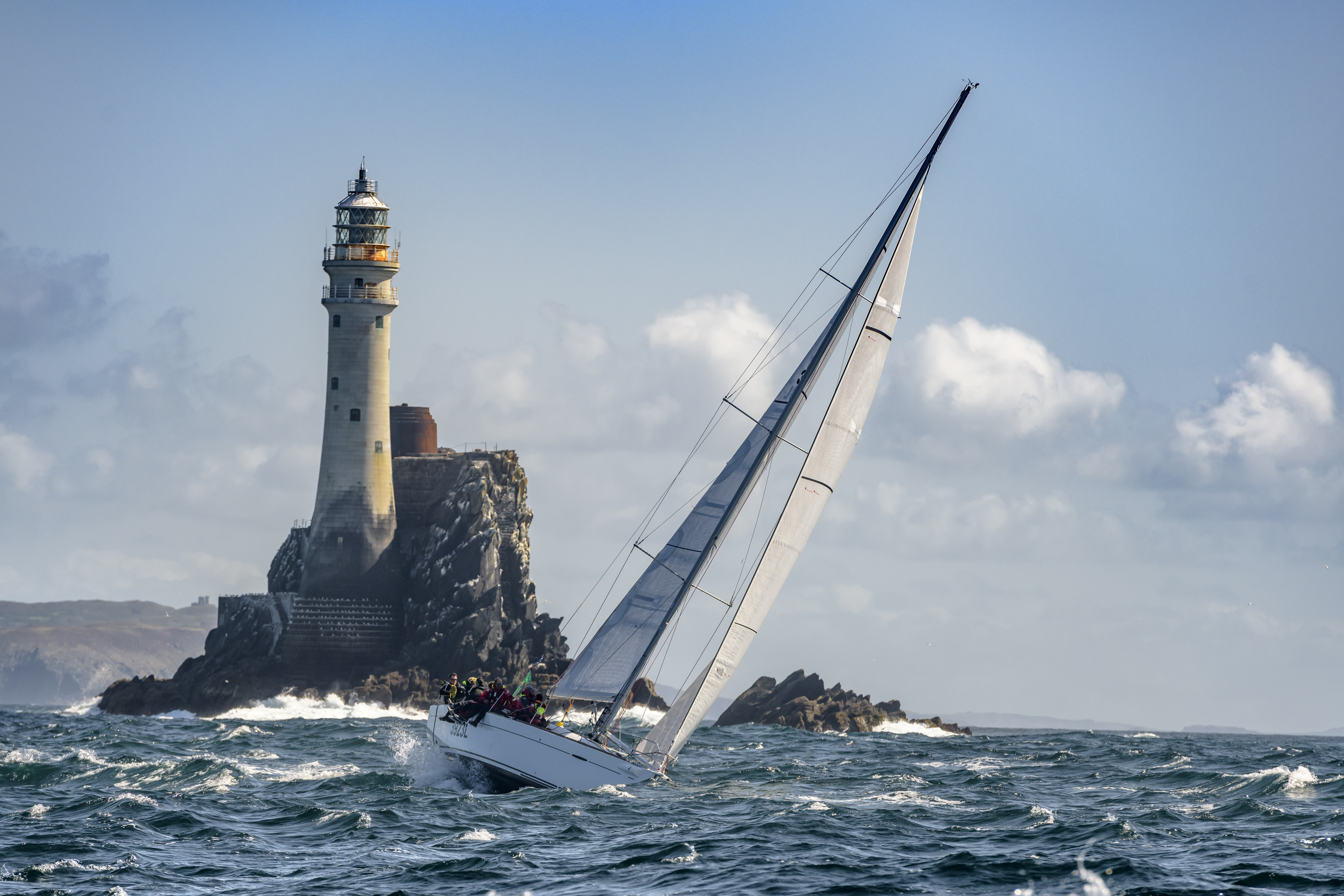 A year from now the start gun will fire on what will be the most significant, historic edition of the world’s largest offshore yacht race. Setting sail from Cowes on Saturday 22nd July 2023 will be the 50th edition of the Royal Ocean Racing Club’s Rolex Fastnet Race.

For a second consecutive occasion, this will finish in Cherbourg-en-Cotentin via a 695 nautical mile course via the Fastnet Rock. Because this is a special edition, complete with celebrations taking place on both sides of the Channel prior to the start and at the finish, it is expected to attract a record-sized fleet.

The first race, then simply known as the ‘Ocean Race’ and held on a course from Ryde to Plymouth via the Fastnet Rock, took place in 1925 with seven starters. A dinner immediately after the finish resulted in the Ocean Racing Club being established with Lt Cmdr EG Martin, owner of the first race’s winner, Jolie Brise, appointed Commodore.

Since then, top sailors from all over the world have competed in this most famous of the world's 'classic 600 mile offshore races'. The Rolex Fastnet Race was inspired by the Newport-Bermuda offshore race (first held in 1906) and US entries have remained strong. Notable US winners include yacht designer Rod Stephens Snr with Dorade (1931 and 1933); Dick Nye with Carina II (1955 and 1957); innovative designer Dick Carter with Rabbit (1965) and Red Rooster (1969); CNN founder Ted Turner's Tenacious which won the infamous 1979 race; and, most recently, David and Peter Askew on Wizard (2019).

The race has always attracted a powerful entry from the continent and especially France, with the great Eric Tabarly winning on board Pen Duick III in 1967. As France has come to dominate all walks of offshore racing, so four of the last 10 races have been won by their yachts. 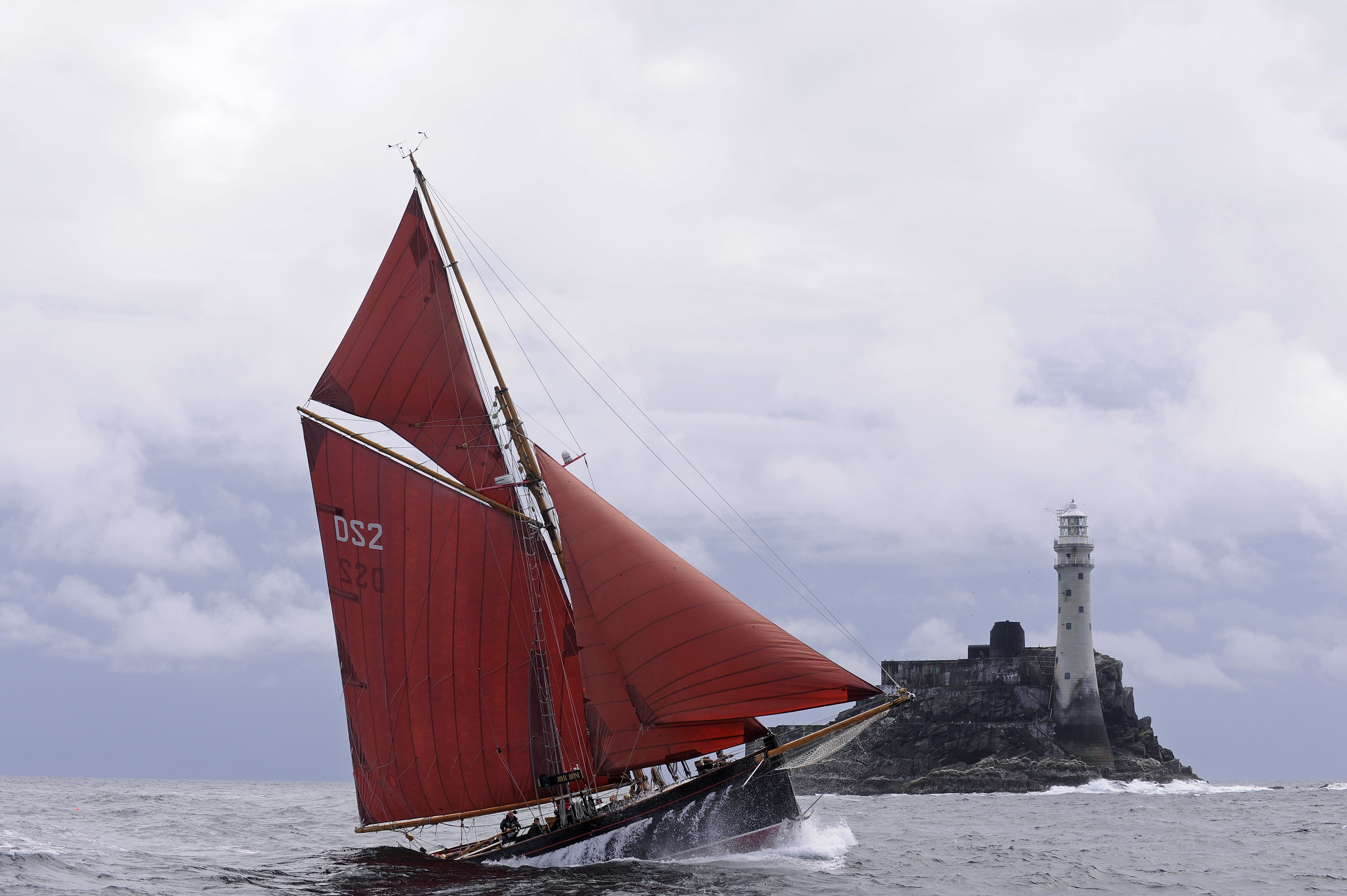 Over the last two decades participation in the Rolex Fastnet Race has skyrocketed making it the biggest offshore race in the world. While the pro fleets such as the Class40 and IMOCA remain open, the size of the IRC fleet racing for the event’s top prize – the Fastnet Challenge Cup remains limited. As a result, when entry for the 50th Rolex Fastnet Race opens on 11 January 2023, past experience indicates that positions will be filled and a waiting list begun within a matter of seconds.

For most of its life the Fastnet Race has been held biennially, however from the first race until 1931 it was held annually and three editions were lost due to World War 2. The race gained a special standing on the international stage during the decades as the hardest and deciding race of the internationally renowned Admiral’s Cup; the unofficial world championship of yachting.

As ever the 50th Rolex Fastnet Race will gather a giant fleet spanning sailing clubs and schools, families and charter companies, for many of whom doing the race will be the pinnacle of their sailing careers; to the bulk of the fleet, the IRC cruiser-racers and racers; to the most successful privately-owned grand prix race boats from around the world, including the maxi monohulls jockeying for overall line-honour; to the impressive and highly competitive French fleets such as the 100ft Ultime trimarans, the IMOCA 60s of the Vendée Globe and Ocean Race and the Class40s. 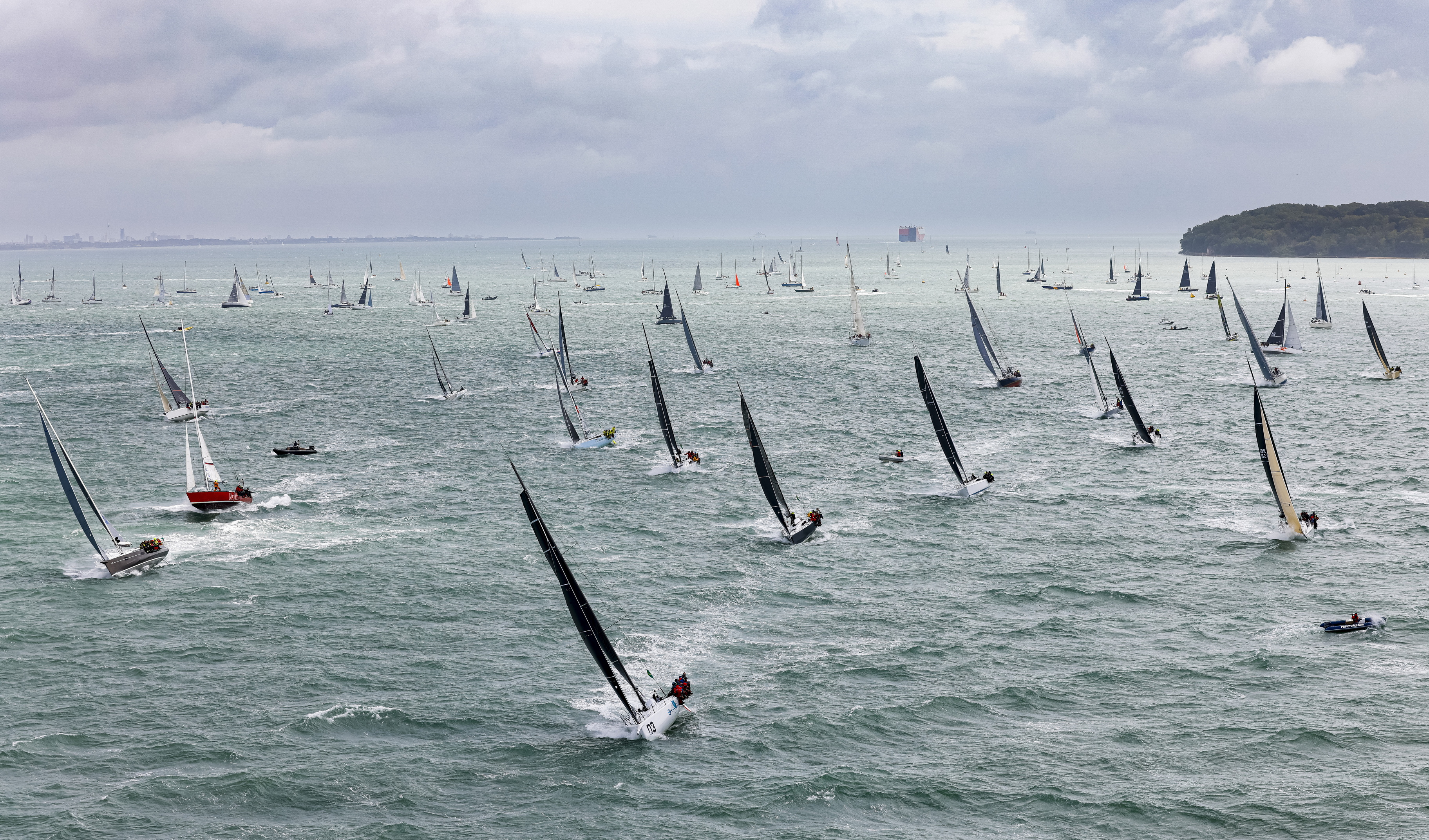 A giant, record-breaking fleet will race to Cherbourg-en-Cotentin from Cowes in the 50th edition of the Rolex Fastnet Race next summer © Carlo Borlenghi/Rolex 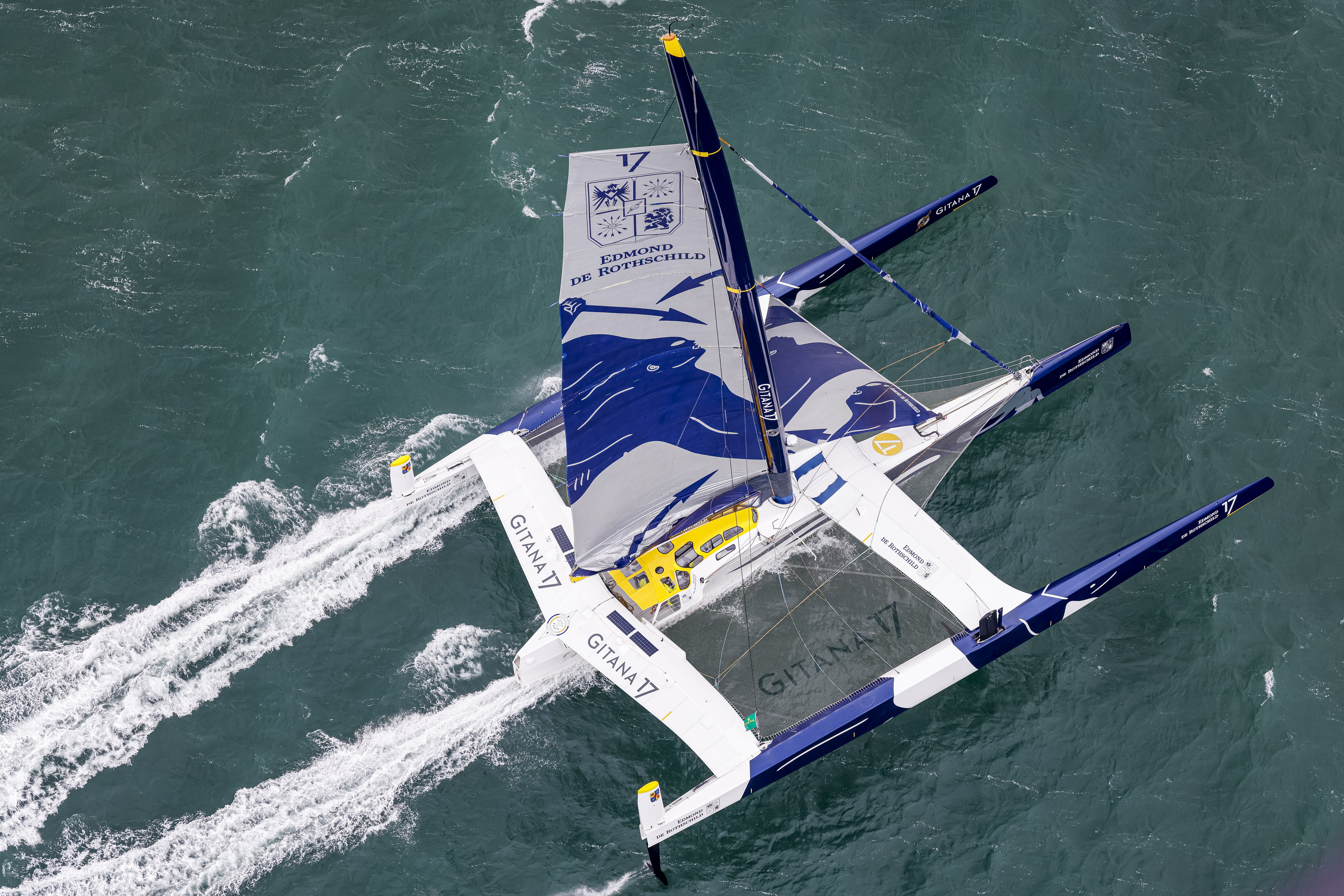 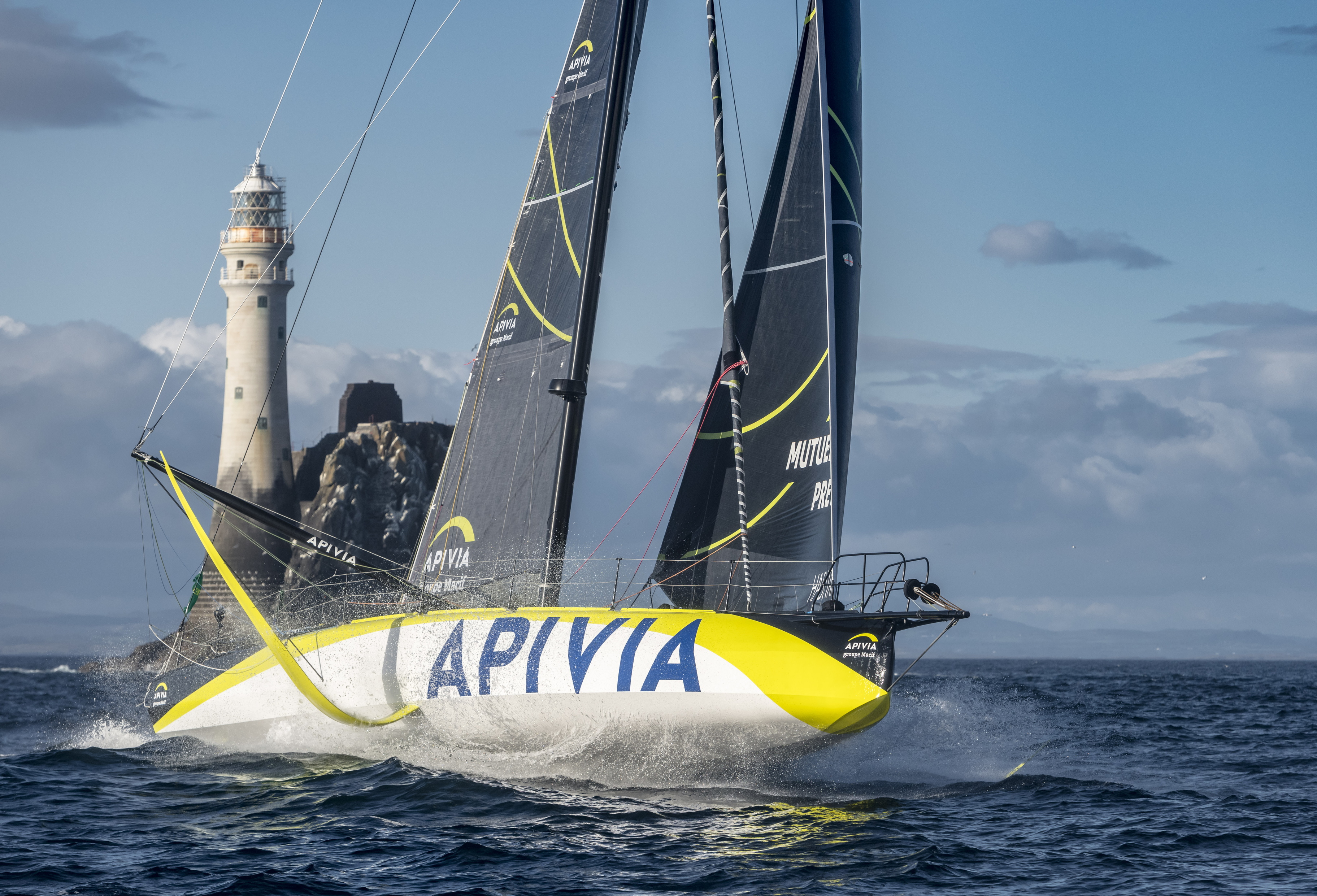 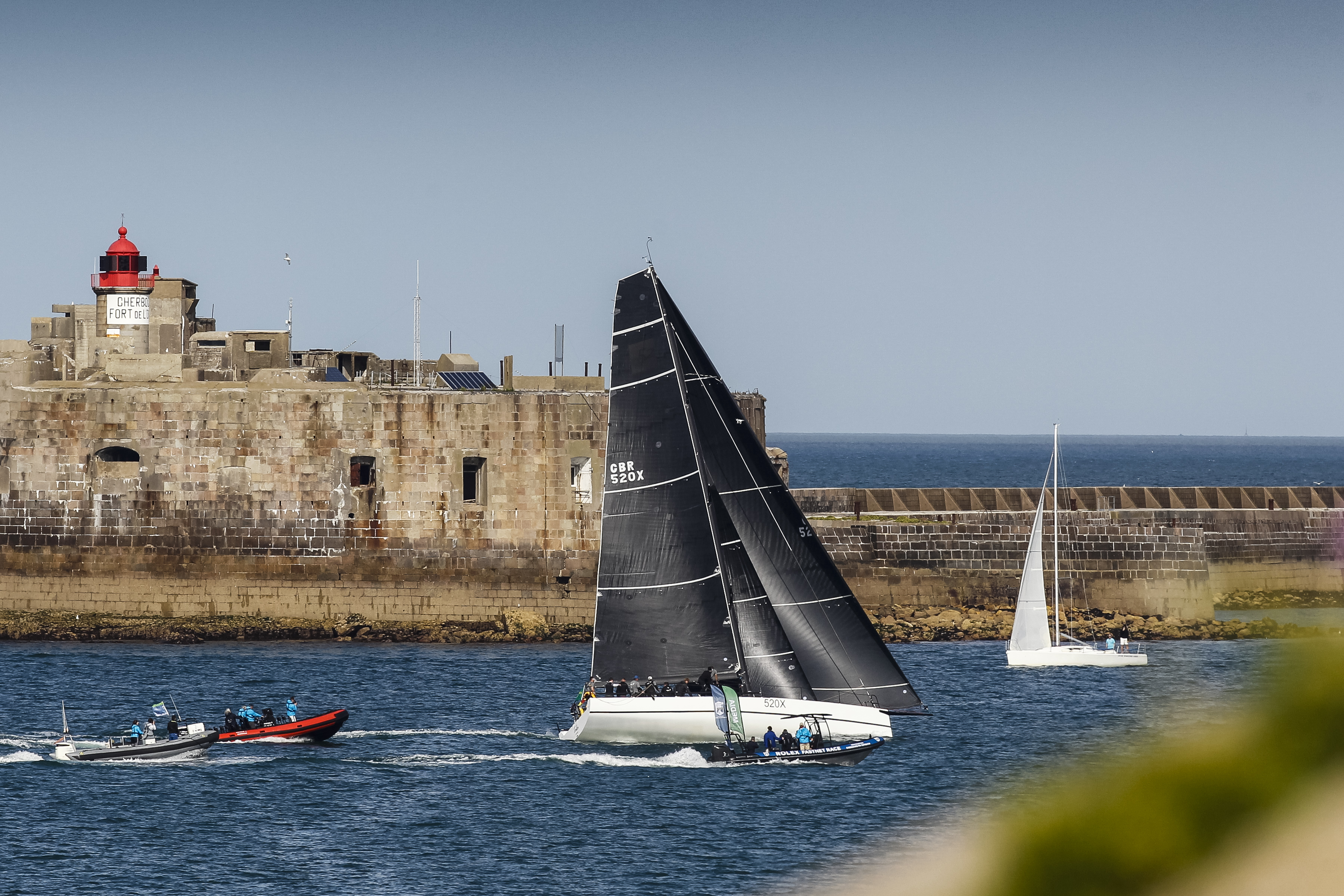 Competitors should note that this year’s race will start earlier than normal, on 22nd July when the tides will be more favourable. This will allow ample time to complete the race and cover the 75 mile reach back to the Solent in time to take part in Cowes Week.

“Interest in the Rolex Fastnet Race is exceptional, even a year out from the start there looks set to be strong interest from Europe once again,” says Chris Stone, Racing Manager of the RORC, currently in Helsinki for the start of the RORC-organised Roschier Baltic Sea Race, where several of the yachts competing are already preparing for the 50th Rolex Fastnet Race. “We look forward to running our premier event again, free from any of the worries or constraints of the pandemic.” The last edition of the race pre-pandemic had a record 388 entries.

The Race Office will be open in Cowes, Hamble and Cherbourg from 17th July 2023 and the Race Village in Cherbourg will be open several days prior to the start, sending off the French pro classes to Cowes for the start of the race.

The Royal Ocean Racing Club is working on the finish with L’Association Arrivée Fastnet Cherbourg in partnership with the town of Cherbourg-en-Cotentin, Communauté d’Agglomération du Cotentin and the Département de la Manche et Région Normandie.

Celebrations for the RORC will continue in 2025 when the club will celebrate its 100th anniversary.