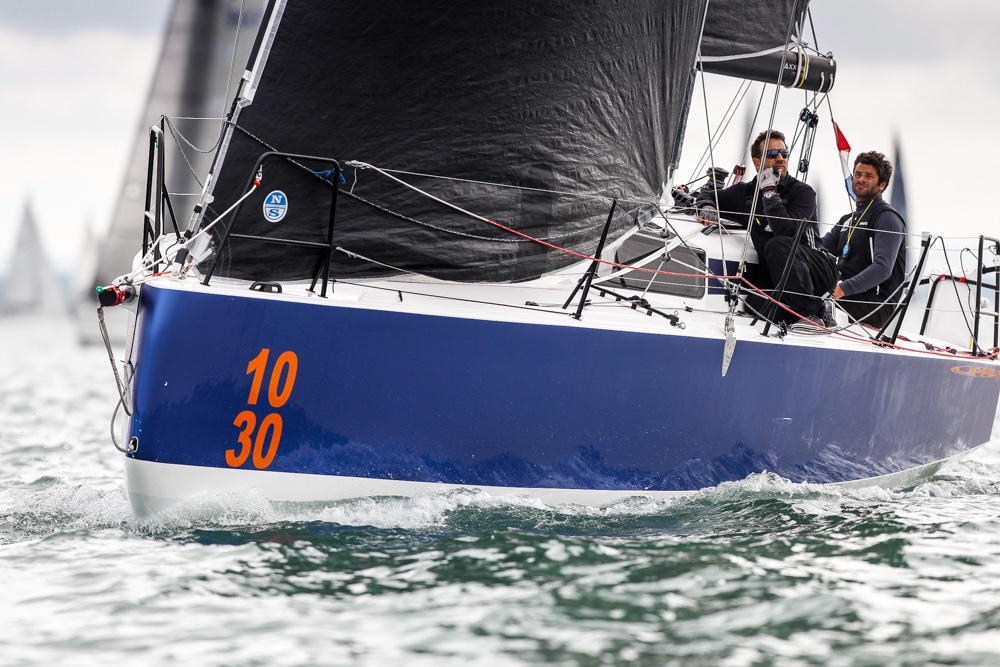 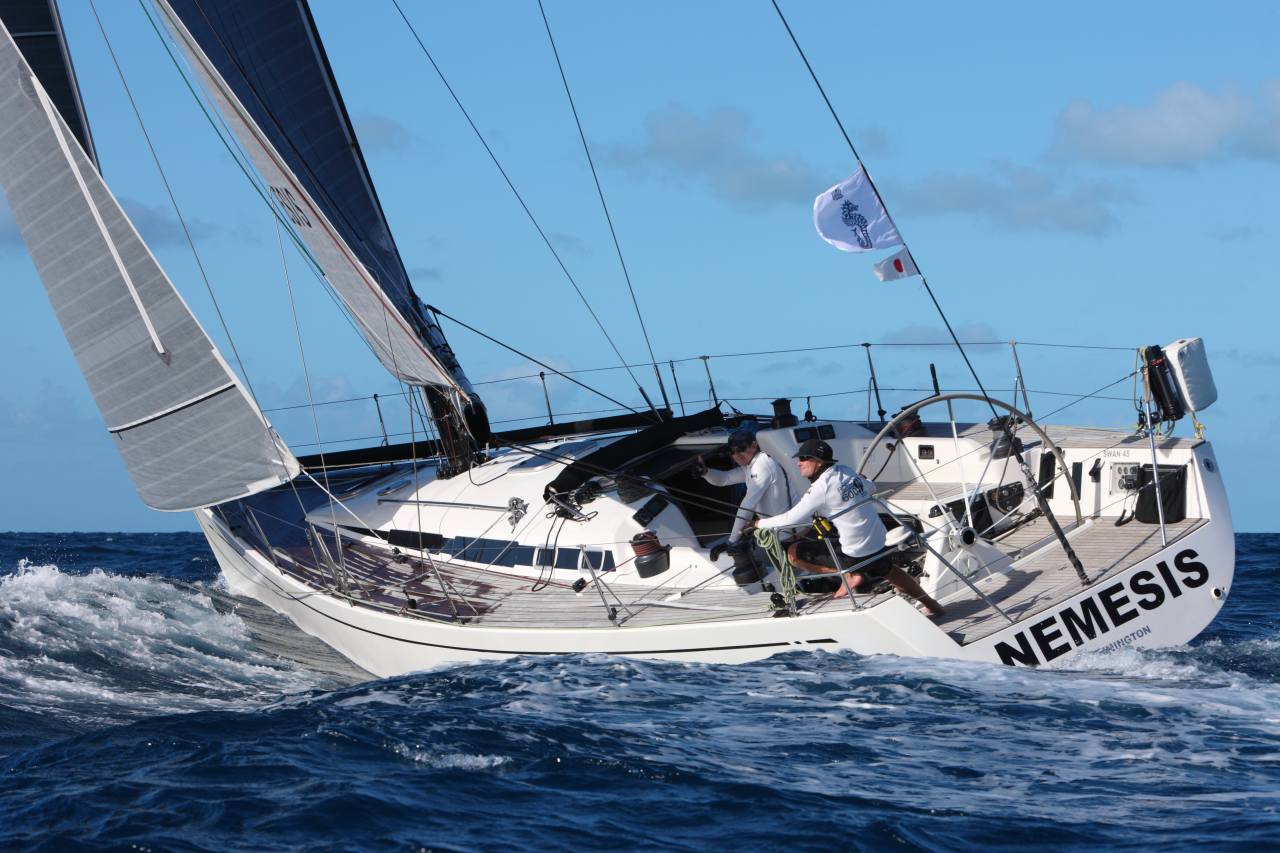 A sad omission this year are French father and son team, Pascal and Alexis Loison, and their JPK 10.10 Night & Day. In 2013, they became the first, and to date only, doublehanded crew to win the Rolex Fastnet Race outright and have since dominated IRC Two Handed, finishing second in 2015 and winning it again in 2017. However, this year it is all change, reports son Alexis: “My father has sold Night & Day, so this year I am participating in the Rolex Fastnet Race with Jean-Pierre Kelbert (JPK himself) aboard the latest addition to the range, the JPK 10.30.” Meanwhile Pascal is buying a JPK 10.80, but only for cruising.

Alexis, who is also a top Figaro sailor, points out that the 10.30 has been designed to be sailed shorthanded and so, for example, it has water ballast (290lt each side), more optimised for reaching and running. “I am very happy to sail with Jean-Pierre because we are friends,” Loison concludes. Their yacht, Léon, is one of three new JPK 10.30s competing along with Jean-Baptiste Vezin and Yves-Paul Robert on Very Good Trip and Gerard Quentot’s Blue Skies.

As a warm-up they competed in the Cowes-Dinard St Malo finishing second in IRC Two Handed to Francois Moriceau and Christophe Waubant on the JPK 10.10 Mary.

They are part of a powerful group of French doublehanders competing this year, including RORC racing regulars, all aboard JPK 10.80s: Marc Alperovitch on Timeline, Jean-Eudes Renier on Shaitan and Louis-Marie Dussere on Raging-bee². 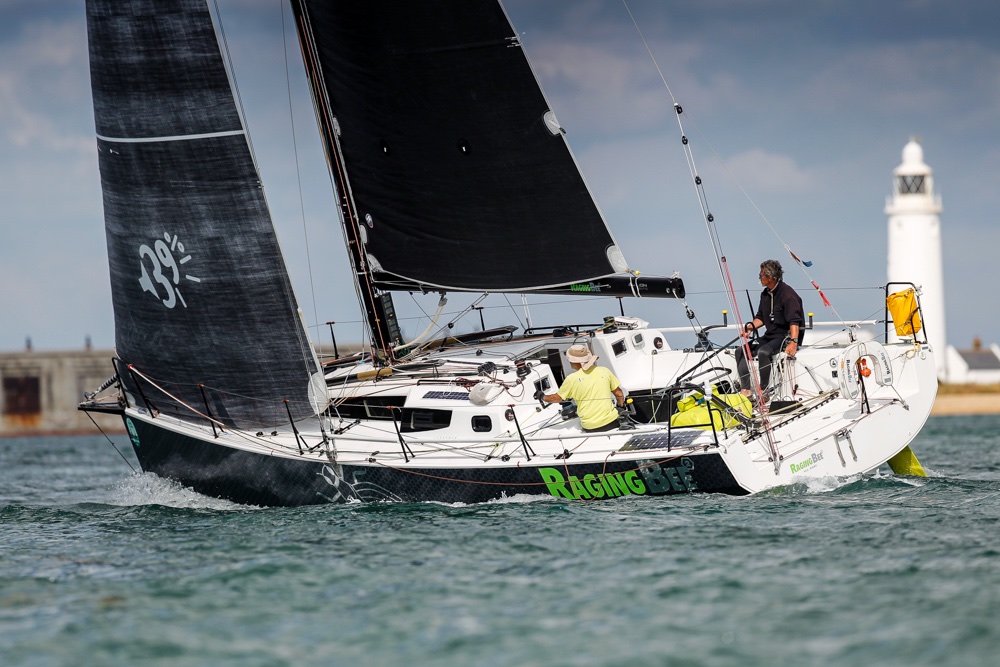 Back again are the other podium placers from the IRC Two Handed class in the last race, including Dutch aces Robin Verhoef and John van der Starre once again on Ajeto! (one of two Dutch J/122s competing this year) and Rob Craigie and Deb Fish aboard their trusty Sun Fast 3600 Bellino. Craigie and Fish, who were top mixed crew in 2017, have been sailing together since well before it became a fashionable Olympic discipline.

“We have more experience with the boat and her performance since the last Fastnet and we are really looking forward to another tough and good competition, especially after becoming Dutch Two Handed champions for a fifth time in a row,” says van der Starre. “The RORC North Sea Race went very well for us, beating Gery Trentesaux with his JPK 11.80 in IRC 2 and also winning IRC/ORC 2H.” 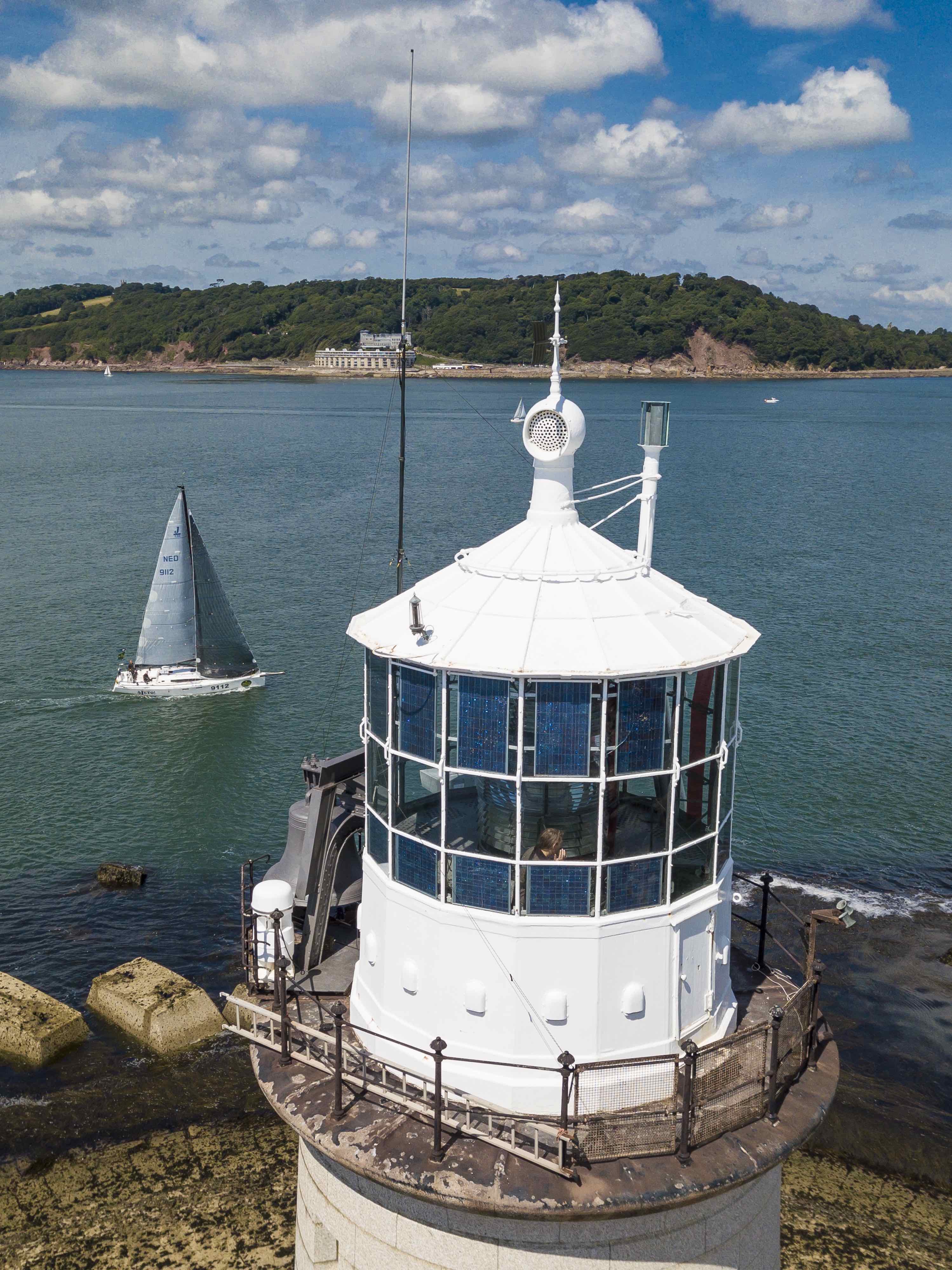 So, what is the attraction of racing doublehanded? Deb Fish has been racing offshore for around 20 years and shorthanded for 12 and with Rob Craigie for the last seven. “It is more of a challenge,” she explains. “I’d done the Fastnet and the ARC a couple of times fully crewed plus the delivery back a couple of times. Racing doublehanded is good, because you are always busy. You have to do everything.”

Rob Craigie agrees: “You are very much more involved with the boat. With a whole crew – you are usually sitting on the rail, which is a bit dull and I didn’t like that.”

Like any partnership, vital to doublehanding is there being the ‘right’ dynamic between the two sailors, whether this is down to having a similar approach, commitment, degree of seriousness etc. As Fish points out: “You don’t want to be dragging someone along. So, it is like ‘If you need me, wake me up. If you tack, I’ll change sides…’” 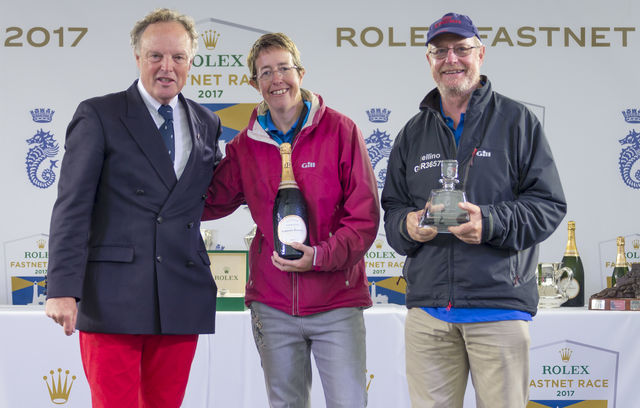 For Christopher Preston, sailing with Austrian yacht design student Felix Trattner on the J/109 Jubilee, this will be his tenth Rolex Fastnet Race but his first doublehanded. “I did the Round Britain and Ireland non-stop in 2000 doublehanded and absolutely loved it,” he says. “It was a challenging and interesting race. I loved the combination of helming and tactics and organisation.” Having sailed Jubilee fully crewed with his old Clipper crew in 2017, racing it doublehanded is something of a bucket list affair. Over the winter he and Trattner has been optimising the J/109 for doublehanding in terms of the sail set-up and internal ballasting.

Given the relatively fresh news about Olympic sailing’s latest discipline, a British crew has been fast to start their campaign. Hannah Diamond and Henry Bomby start their campaign for Paris 2024’s Mixed Two Person Keelboat Offshore event in this year’s Rolex Fastnet Race aboard a Sun Fast 3300 Fastrak XII, lent to them by UK Jeanneau importer Sea Ventures. 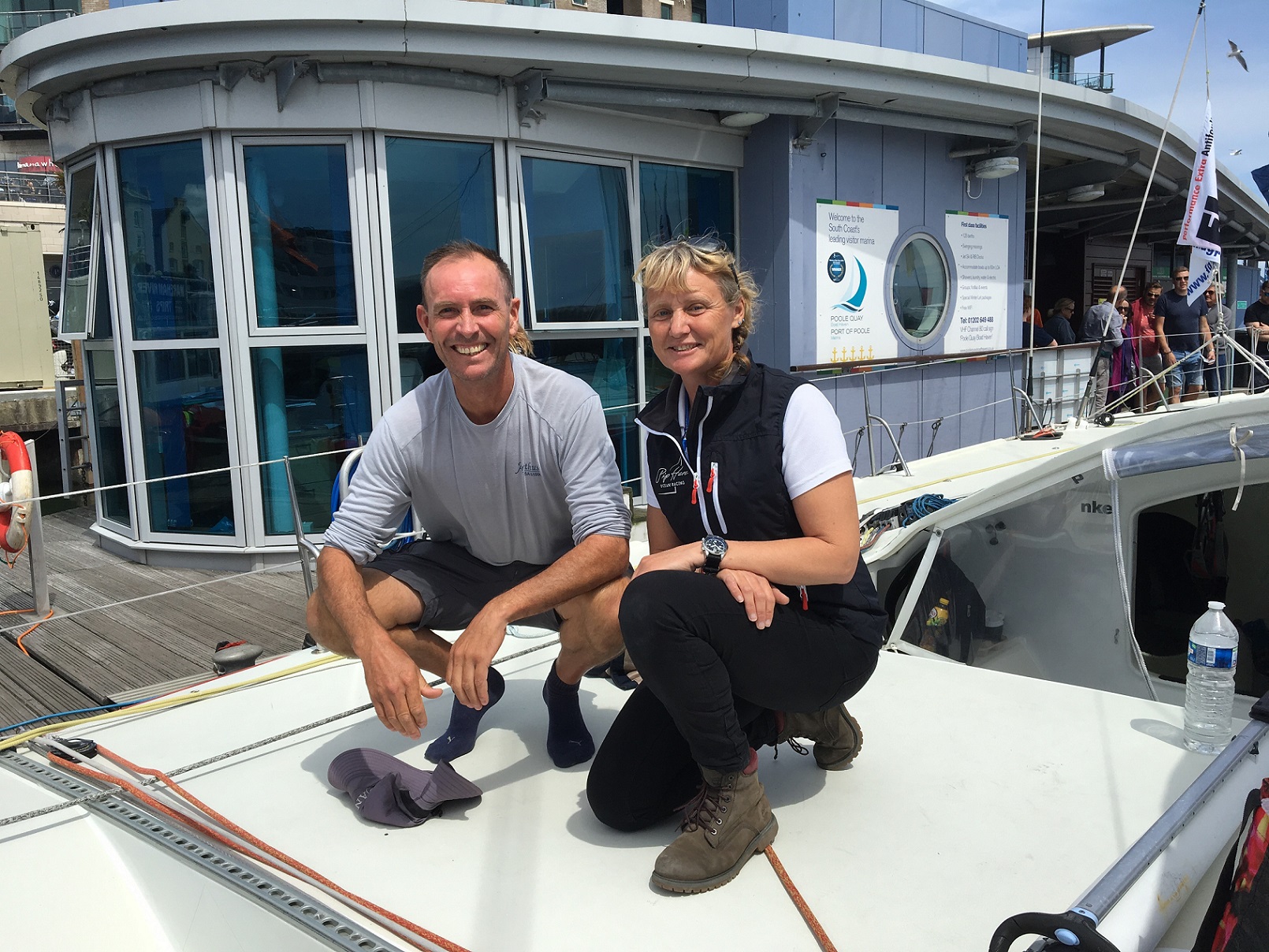 Then there is the Rolex Fastnet Race’s IMOCA 60 fleet, which currently stands at 24 boats, including many of the world’s top shorthanded offshore sailors. They are all racing the Rolex Fastnet doublehanded as training for this autumn’s Transat Jacques Vabre.