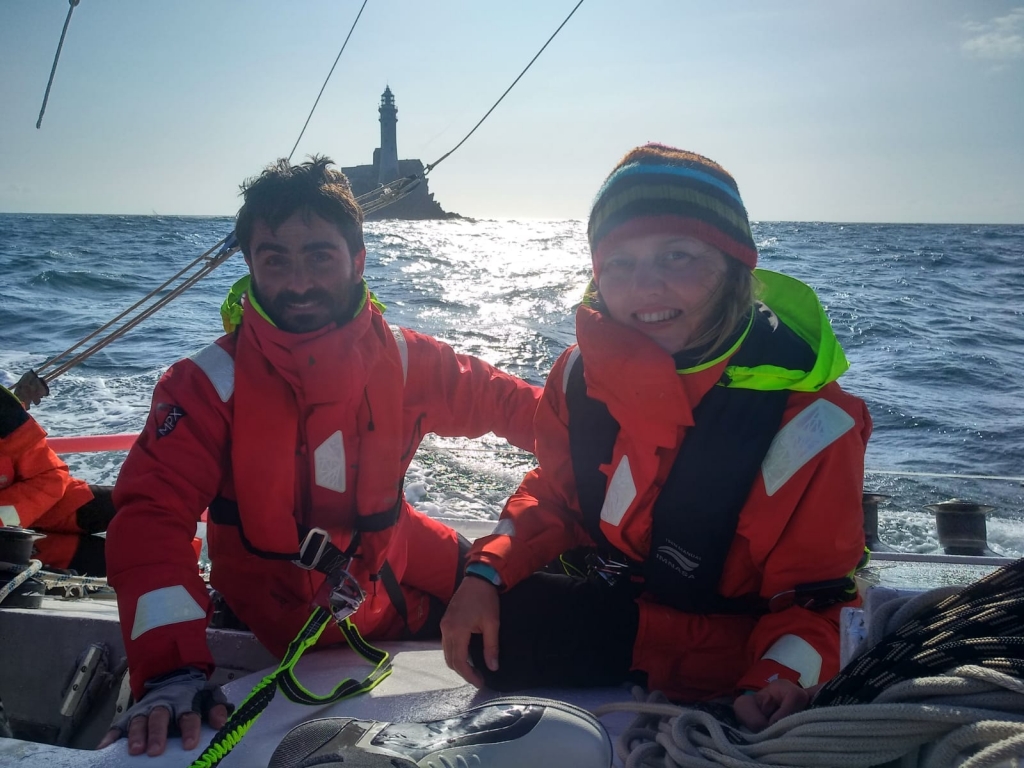 Eight friends from Spain finished the Rolex Fastnet Race Thursday morning in high spirits, pleased with their 52nd place in IRC Four.  “We are just amateurs and we are sailing a 40 year old boat, so we are very happy with our position” says owner Pablo Bernabe.

Despite this being the first Fastnet for Pablo and his crew, it is not the first for Mar Menor.  The yacht was on the start line 40 years ago in the 1979 Admiral’s Cup, representing Spain as Yachtman and sailing alongside a sistership, Tornado, like her, a Ron Holland 40.  Yachtman didn’t make it to the finish due to the extreme weather and, like much of the fleet, sought shelter in Cork, Southern Ireland.

For the past twenty years Pablo has owned and raced the yacht from their home port of Torreviejo.  The friends, who sail regularly together, met up exactly one year before the start date of this 2019 edition and made a pact to do the Fastnet.  Since then they have done their qualifiers in Spain and in addition gave Mar Menor a thorough shake down on the 1500 mile trip north to Cowes.

Despite a bit of a panic shortly before the start when they had to send a crewmember aloft to retrieve a jammed halyard minutes before the start, Mar Menor enjoyed some close tussles during their first day.

“The start of the race was nice, “says Guiomar Rotilant. “We were enjoying fighting with the other boats, and took a long starboard tack across the Solent.”

Skipper Kristian Hernandez Seiler continues: “The next two days were intense as the harder conditions set in for our trip to the Fastnet Rock.  Mar Menor has a very flat deck profile, so there is nowhere to hide from the waves.”

Echoing the sentiments of the majority of the Fastnet sailors, Magdalena Trzpis says:

“Once we were round the rock and in the sunshine it was a great feeling. But because of our design we were performing better upwind against our nearest rivals.  Once we were downwind we started to lose out to the others.”

“We would love to do the Fastnet Race again,” concludes Kristian.  “It’s a great experience. We just wish you were nearer!”

“Now we are planning to party!” says Guiomar.  “We deserve it!"