Just over a year out from the August 2021 start of the race proper, potential competitors, armchair sailors and gamer enthusiasts from all over the world will have the opportunity to try their hand at competing on the new course for the Rolex Fastnet Race, in the online game created by Virtual Regatta.

The first part of the Royal Ocean Racing Club’s premier offshore event remains the same – leaving Cowes, heading west down the English Channel, passing Land’s End and crossing the Celtic Sea to the Fastnet Rock off southwest Ireland, before returning to the Channel, leaving Bishop Rock to port. But, for its next edition, the finish has moved to Cherbourg at the top of the Cotentin Peninsula, some 70 miles due south of Cowes. This change to the world’s most popular offshore race increases its distance to 695nm.

Following the new course, Virtual Regatta’s Rolex Fastnet Race will set sail at 1200 UTC on 3 August 2020. It will provide players with the opportunity to compete against friends, family, colleagues or fellow sailing enthusiasts in a race based on real weather data aboard their own Class40. The game is free to play, but the more competitive can pay a small fee to upgrade their equipment. While the ‘real’ Rolex Fastnet Race is the world’s most well subscribed offshore race with more than 350 entries expected on the start line in 2021, ranging from 100ft Ultime maxi trimarans to mums and dads on their 30ft family cruisers, the Virtual Regatta fleet will dwarf this, their offshore events regularly seeing more than 30,000 entries. 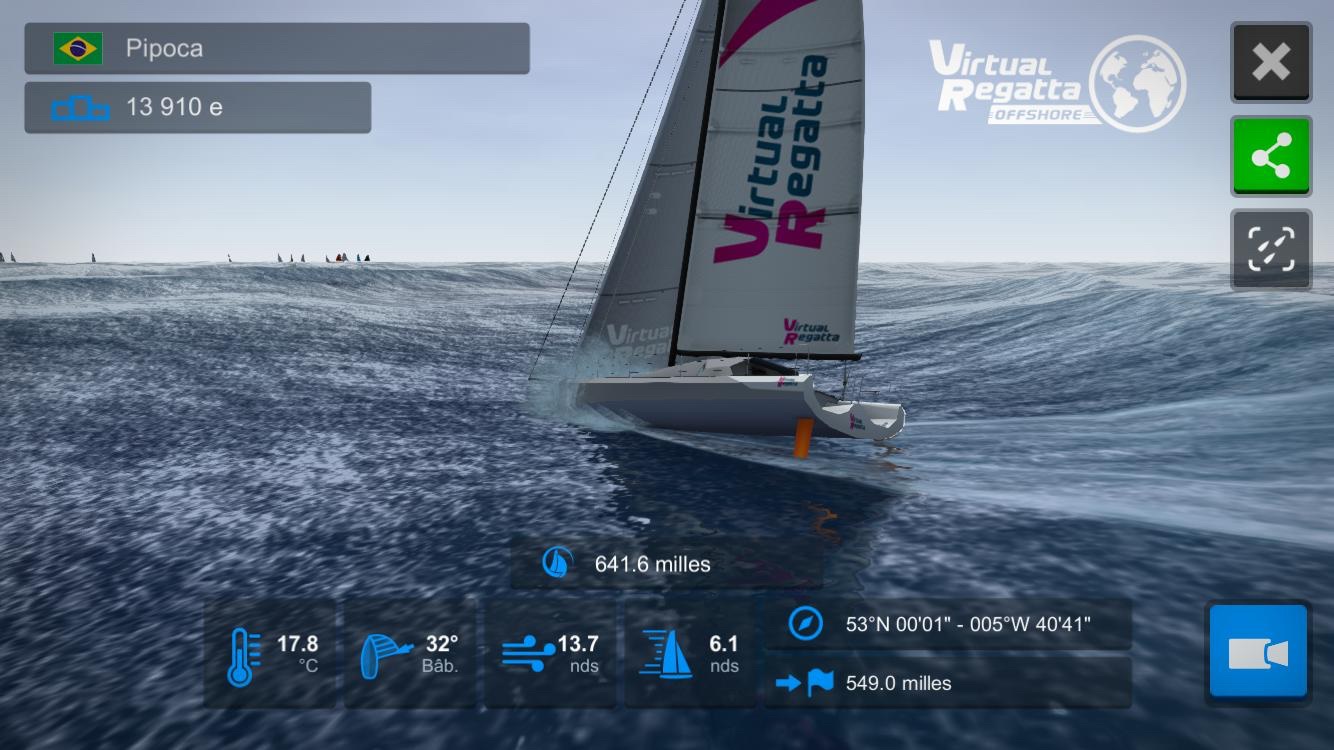 Among the virtual competitors this year will be two-time Volvo Ocean Race winner Phil Harmer. The Australian was part of Ian Walker’s crew that set the present monohull Rolex Fastnet Race course record aboard the VO70 Abu Dhabi Ocean Racing in 2011. Despite his vast offshore experience and having competed in at least six Rolex Fastnet Races, Harmer is new to Virtual Regatta offshore events. “When lockdown started I downloaded the app and played a few dinghy races, but I haven’t done any offshores. There’s nothing like a Fastnet for a baptism of fire! It will be fun to do. It will keep me busy.”

Harmer will be competing from his base in Sydney where his night shift will be made easier as he will be up in any case tending his newborn child. He is looking forward to going to Cherbourg. “Sometimes things just need a little change to get people interested in doing it again.”

Former RORC Commodore and Admiral Andrew McIrvine intends to race his new La Réponse, a Ker 39, in next year’s Rolex Fastnet Race. He advises that the Virtual Regatta race will provide a good opportunity to walk the course: “This course will be a new challenge for all of us - even those who have done more than enough Fastnets! It will be good to try it out 'virtually'. A number of friends and I have been having fun doing VR races during lockdown. Planning the weather routing is remarkably realistic and educational - highly recommended for budding navigators!”

Also on the virtual Rolex Fastnet Race start line will be Sonar world champion Hannah Stodel, who has her sights set on competing in the new mixed doublehanded offshore class for the Paris 2024 Olympics. “I’ve done a couple of Virtual Regatta races for fun, but nothing like the Fastnet,” she says. The virtual Rolex Fastnet Race will have the benefit that it will be sailed in Class40s, the class in which Stodel had been hoping to compete this season. She is looking to do the virtual race with some of her crew who sailed the real Rolex Fastnet Race previously. “They are quite excited about it and there’s even talk of a watch system. Anything that gets you looking at weather data and making strategic decisions is good practice, even if it is on the computer. It’ll be a learning experience.”

The virtual Rolex Fastnet Race can be played on a computer (at www.virtualregatta.com) and on a smart phone via the Virtual Regatta Offshore app available for download from the Apple Store / Google Play Store. Those wishing to play must register with Virtual Regatta.