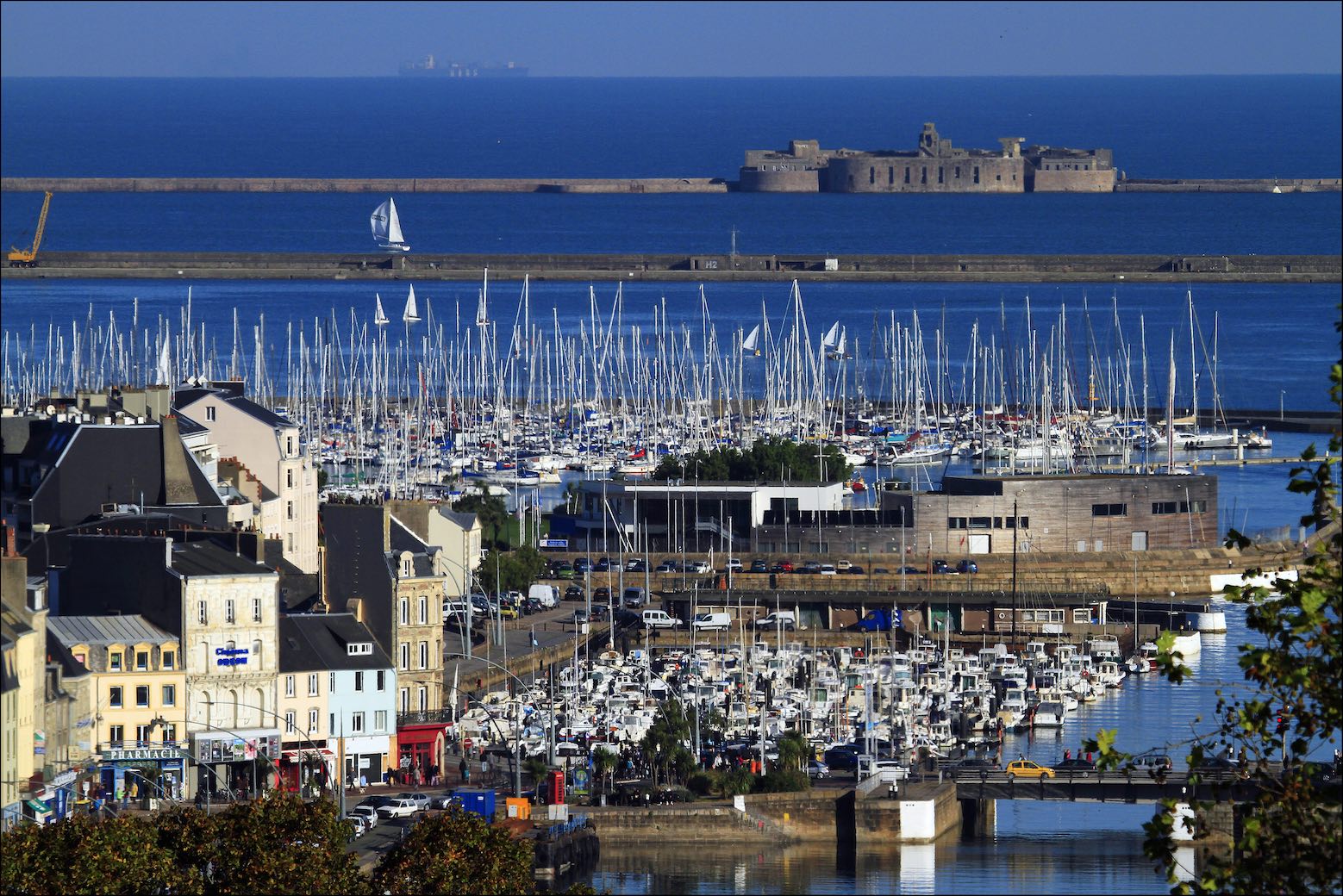 Right on schedule yesterday, the British government announced the easing of restrictions for visitors from France returning to the UK. Up to that point, due to France’s unique ‘Amber Plus’ designation, visitors to the UK coming from France had to quarantine upon their arrival. For the most part, this will no longer be the case thanks to the latest legislation, which will see France’s COVID status being downgraded to ‘Amber’. Opportunely the new rules will come into effect from 0400 BST on Sunday 8th August coinciding exactly with start day for the Rolex Fastnet Race.

For the crews of the 355 participating yachts in the Rolex Fastnet Race this has two very welcome effects:

Chris Stone, Race Director of the Rolex Fastnet Race welcomed the change in the rules:

“The COVID restrictions relaxing in the UK comes as a great relief, even so close to start day. It is symbolic of a cross-Channel handshake, a coming-together of English and French competitors in a great sports event.

“It will definitely make the race more enjoyable for the crews – overseas crews can now stop in Cowes just before the start and we are expecting a greater portion of the fleet to stop in Cherbourg. It means we can achieve our vision for the Cherbourg Race Village with English competitors finishing and enjoying all the festivities there, which is a key part of this event.” 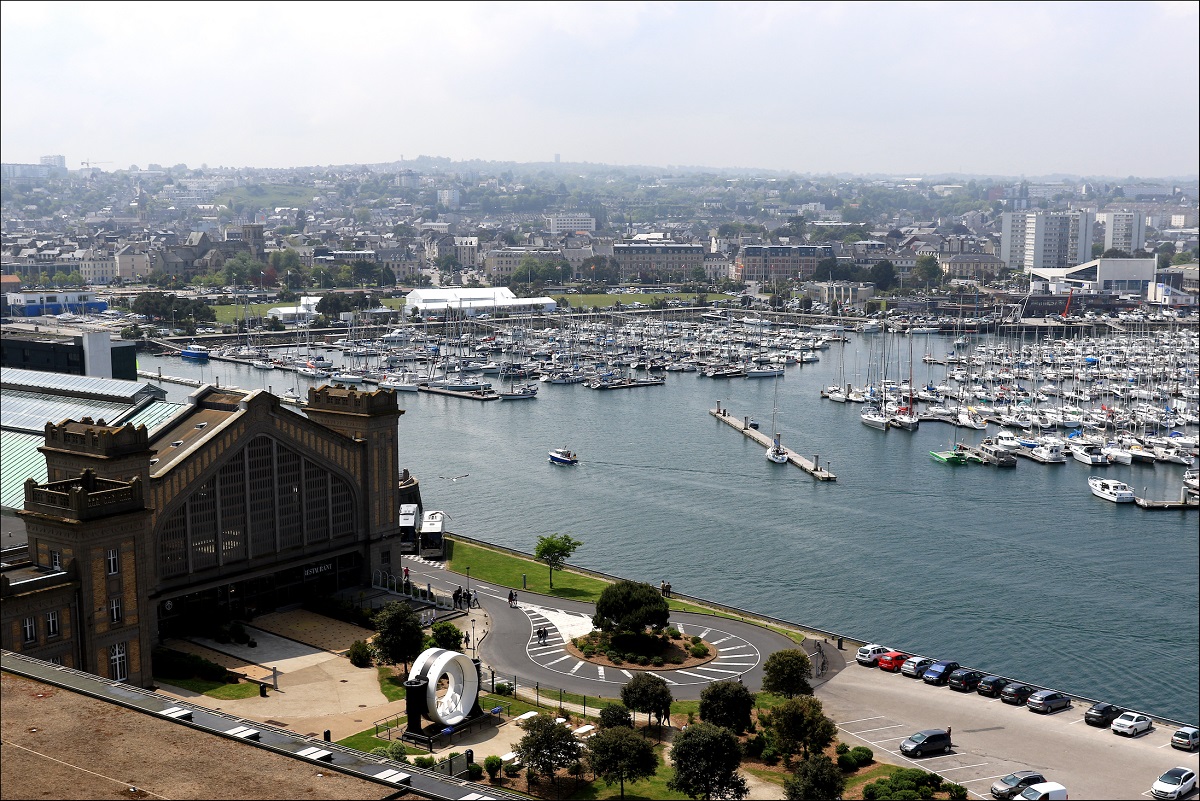 For the first time in its 96 years, the Rolex Fastnet Race will finish in Cherbourg where City of Cherbourg-en-Cotentin, the Communauté d’agglomération du Cotentin, the Conseil départemental de la Manche and Région Normandie have agreed to support the finishes of the next two editions of the Royal Ocean Racing Club’s premier event.

The Rolex Fastnet Race finish has been publicised extensively throughout France and the Normandy region. Sailing fans are expected to visit Cherbourg-Octeville where the boats are due to arrive from the evening of Monday 9th August and on for the rest of the week. There they will be able to catch a glimpse of many of the top French ocean racing boats, from the giant Ultime trimarans, the IMOCAs and Class40s and their well known skippers from Vendée Globe winner Yannick Bestaven and line honours winner Charlie Dalin, to other heroes and heroines of the solo, non-stop round the world race such as Sam Davies and Alex Thomson, to Volvo Ocean Race winners Franck Cammas and Charles Caudrelier, and round the world record holders such as Thomas Coville, among many others.

“Already we are getting inundated by members of the public wanting to know about the race,” says Chris Stone, outlining the other attractions: “The race village in Cherbourg will open this Saturday, the day before the start. We have got a full kids entertainment program with the help from the local sailing school. There’s an outdoor cinema, plus a live entertainment schedule throughout the coming week culminating in a flyover by the Patrouille de France [French equivalent of the Red Arrows at 1700 on Friday 13th August] and then the prizegiving on the Saturday [1700 CEST 14th August]. There is an enormous crew bar, endless eating options with lots of local produce including cidre and fromage.” 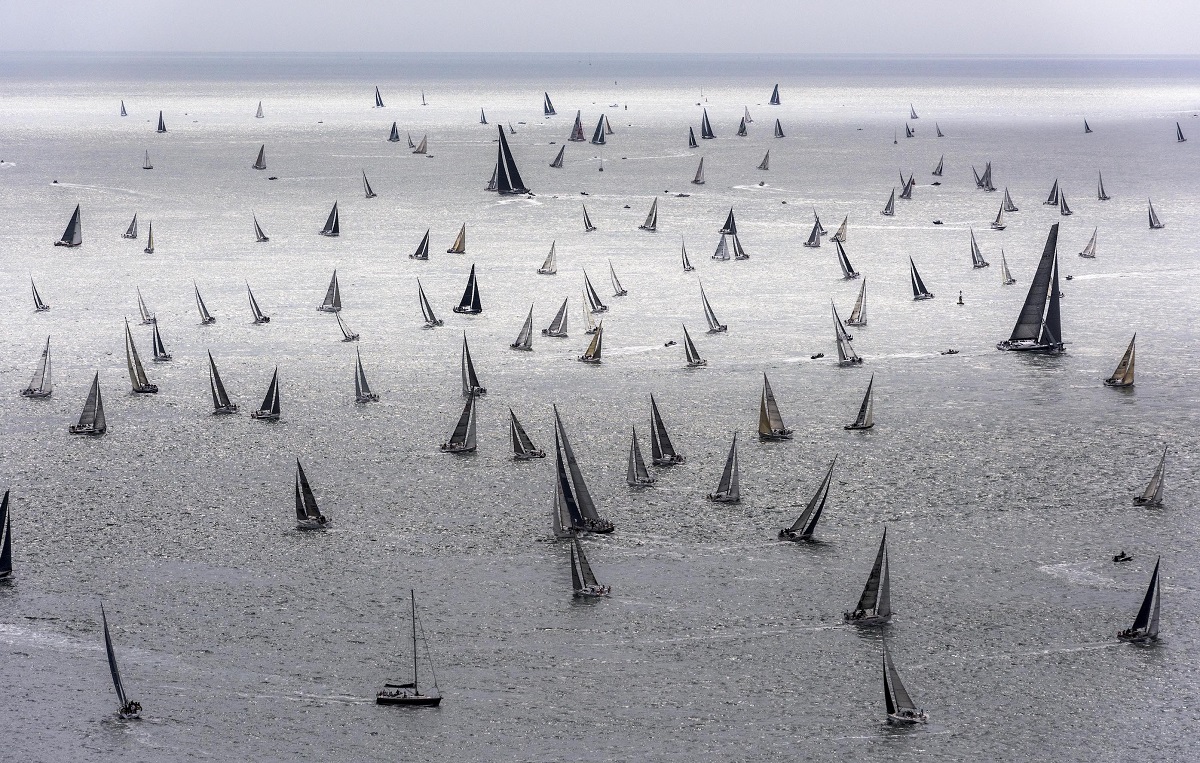 British crews wishing to disembark in Cherbourg can hand over their personal bags and spare sails to the Sevenstar baggage transportation service from Hamble Yacht Services on Saturday afternoon and from Cowes Yacht Haven on the morning of Sunday 8. For a small fee, bags are transported effortlessly to the Race Village in Cherbourg where crews can get their dry clothes.

For British crews arriving in France where not everyone is double vaccinated, sadly the story remains more difficult with France still requiring unvaccinated UK visitors to self-isolate. “This is clearly not what we wanted for our unvaccinated competitors, however French Customs officials remain happy for those unvaccinated crews to remain on their boats in the marina,” comments Chris Stone.

For non-UK boats, stopping in the UK on Sunday morning may provide some welcome respite after what could be a tiring crossing in 20+ knot southwesterlies. Nonetheless, the RORC are still expecting non-UK competitors to complete their registration in Cherbourg. “We are expecting between 150-180 registrations,” says Chris Stone who is currently in Cherbourg manning registration and entries. “That is a big change from what we anticipated originally when we thought we would have probably less than one third of the fleet registering here.”

So the message for British crew considering stopping in Cherbourg is, according to Chris Stone:  “Bring your passport and your proof of vaccination. It is okay to bring your boat in and there is space in the marina for everyone.”

* Those who are double vaccinated entering the UK from France will no longer have to quarantine. Latest regulations and requirements can be found on the UK government website at: https://www.gov.uk/guidance/red-amber-and-green-list-rules-for-entering-england

British participants wishing to enter France at the finish must have their passport, and prior to the start of the race should download their proof of vaccination (from the NHS app) and print out, complete and sign the following declaration: